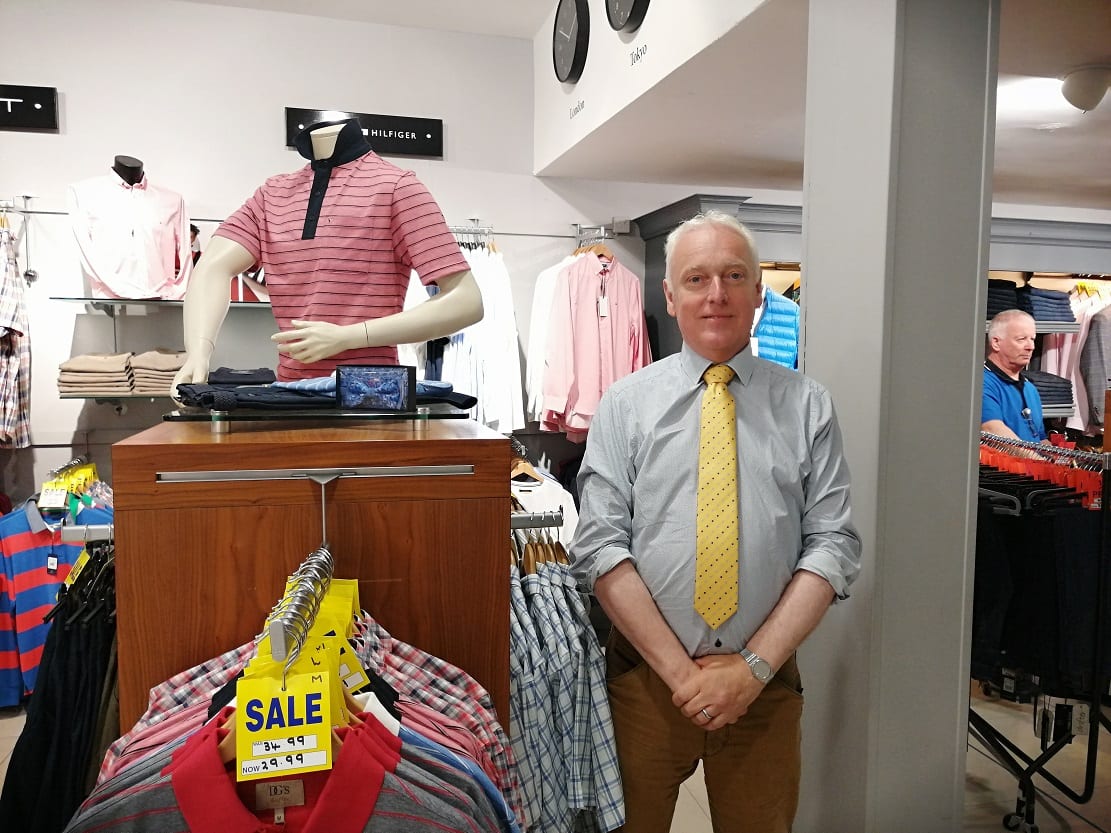 As the saying goes “longevity is the key to success”.

And for JR McMahon, in the heart of Armagh City, re-inventing yourself has been key to their success; a success that has spanned decades.

The Scotch Street store, which is keeping up with menswear trends for nearly 60 years, is undergoing a facelift as it continues to go from strength to strength.

JR McMahon began life as a drapers and general store in the first half of the century before being transferred to dealing solely with men’s fashion in 1960.

Speaking to Armagh I, store manager Brian Graham, explained a little bit about his store’s rich heritage and how a holiday job became his life’s work.

“I began working here 1972, at Christmas, it was a holiday job for the first three years and here I still am,” he said.

At that time the store was under the ownership of Irving Wilson who had changed the store to deal solely with men’s fashion when he took over from his father in 1960.

Said Brian: “A lot has changed since then, retail is completely different; men want to be more stylish and we have seen a rise in men dressing younger.

“I once spoke to a man in Cork who said whenever you refurbish a place aim for a target customer ten years younger to ensure longevity, that’s what we try to do.

“I never saw myself staying here, I wanted to go into surveying but Irving took me to London to take part in menswear and retail courses and as they say ‘the rest is history’.”

He added: “There has been a big change in retail over the last few decades but I think people are starting to realise that you get what you pay for with quality items.

“There is also the added benefit of items being able to be tailored and adjusted to fit the customer.”

When asked what the big change in the industry has been, he said: “You don’t have reps coming into the store anymore; we go to London meet with designers and order when stock is low.

“We have had a rise in casual wear too; suits are only for special occasions to most people nowadays.”

As a way of marking their exciting first floor renovation – following on from last year’s ground floor work, JR McMahon are having a huge blow-out sale to make way for the workman.

the sale continues right through until August 10. Check out their Facebook page here.