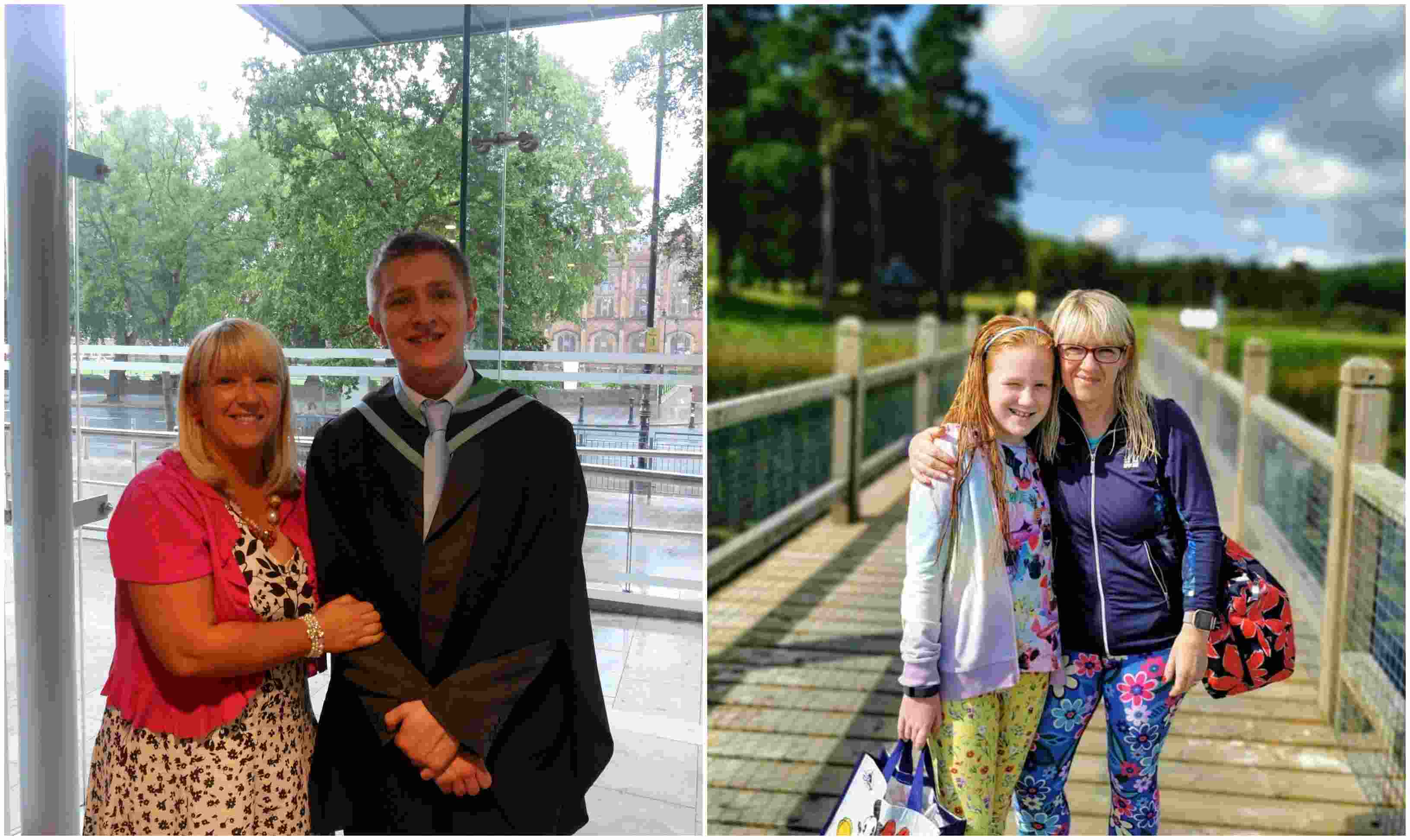 An Armagh mother of two celebrated her 50th birthday in style, completing a 1,000 mile challenge, and raising more than £10,000 for charity in the process.

Over the last year, Sonia Ritchie has walked, ran and crawled over 1,000 miles, raising a mammoth £11,146 for the Northern Ireland Children’s Hospice.

This health kick, which has seen Sonia lose three stone in five years, was sparked by a photograph of herself and her son at his graduation, which she says she can barely look at now.

Speaking to Armagh I,  Sonia joked: “All my friends are going to the Galgorm or Lough Erne and what do I do – a year’s challenge.

“I knew my fiftieth was coming up and we had all donated money to St. Mark’s Church in Armagh for the Children’s Hospice”.

After exchanging details with a representative from the Hospice, Sonia came up with the idea of the year-long challenge to complete 1,000 miles.

“I got in touch with the Children’s Hospice about the idea in the August time; I didn’t know if it would work or not,” Sonia admitted.

“He was the one who set me up with the JustGiving page, the day after my 49th birthday I put up a post of Facebook saying thanks for all the birthday wishes now thinking ahead.”

Sonia was hesitant at first when a target was set for £1,000 but within just eight days she had raised £800 and that just kept rising.

“This last six months have been really tough; just to keep going, but I got a chart for the kitchen wall and Phoebe, my wee girl, she has been filling it in as I went. 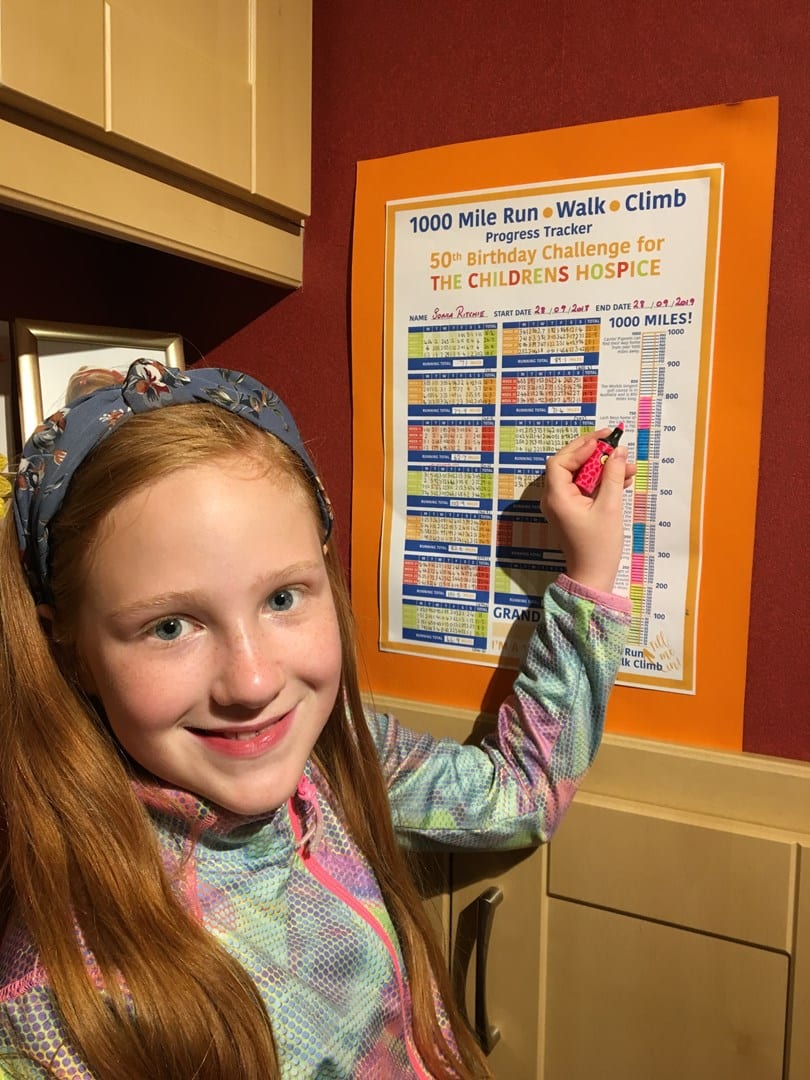 “So I never missed a day, no matter if there was something on I always did at least half a mile or a mile because I knew there would be the days like when I did the Park Run, climbed Slieve Binnian and walked the dog when I came home – that was nine and half miles in one day”.

Sonia said just as they had been in the past, during tough times, her friends and family were there for her.

“Friends were actually taking it in turns for a few laps of the Mall, everybody has been so supportive,” she said, “only for my friends saying, when my dad passed away, right, we are going for a walk or we are going for a run I probably would have just given up.”

“It so important to get out and walk in the fresh air because it is so good for your mental health, even after work I would have stopped at the Mall and did a few laps.”

The Armagh woman says that at 50 she feels healthier and fitter than she did when she was 20 years younger.

“It has been a slow process but I just think something clicks and you decide things have to change, so three stone is gone forever. 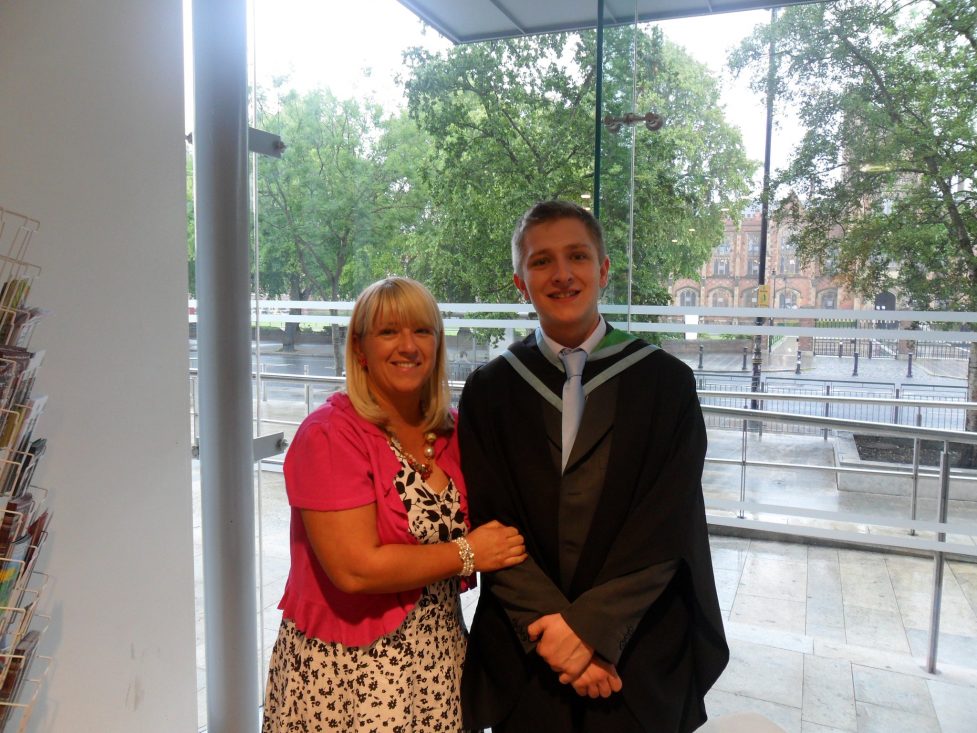 “I could hardly look at myself in that photograph (above) because I knew how depressed I was inside and what it felt like looking for a dress to try and look nice.

“The smile is on my face but deep down I feel awful; I went into every shop and the first one that fitted, in Marks and Spencers, was the one I picked.”

Forward five years and Sonia felt like a million dollars as she stood by her son’s side as he graduated as a doctor.

“It was alright but such a difference five years later,” Sonia beamed. “I was able to go into boutiques and have a woman in the Moy boutique follow me around saying, ‘no a 10 is too big you need an 8’, I could have jumped up and kissed her.” 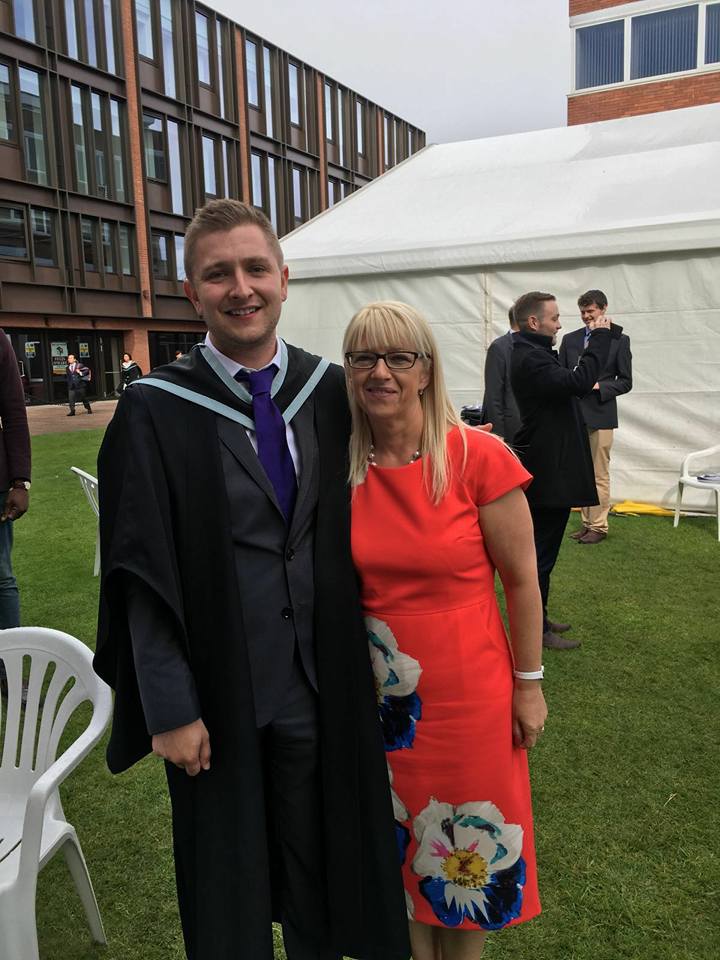 Sonia insists it was the culmination of bad habits which led her to gain the weight, habits she says are “never coming back”.

“You get yourself into a rut and bad habits, I would eat normally during the day but at night would have chocolate and crisps.

“That’s why I love Slimming World; I have been a target member for sometime but I still go every week.”

She claims it more that just good for your waistband but also you mental health with the group becoming a family who around you when times get tough. 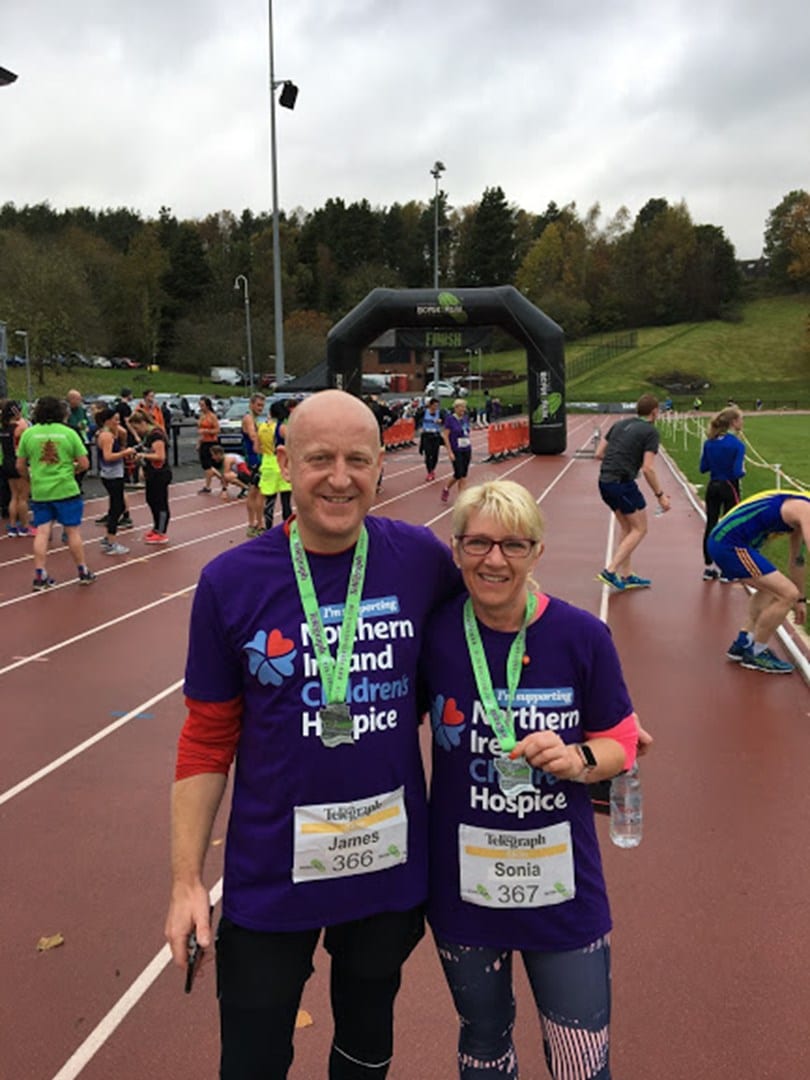 Sonia says she is not going to stop, which seems to surprise a lot of people.

“People have said to me are you a bit stiff after not running as much but I haven’t stopped, it’s not like I am going to be putting my feet up to watch the soaps.

“I will still do the Park Run every Saturday and I am meeting with friends for walks, not quite 1,000 miles in a year but I will keep going.”

To have a look at Sonia’s journey over the year or donate visit her Just Giving page.