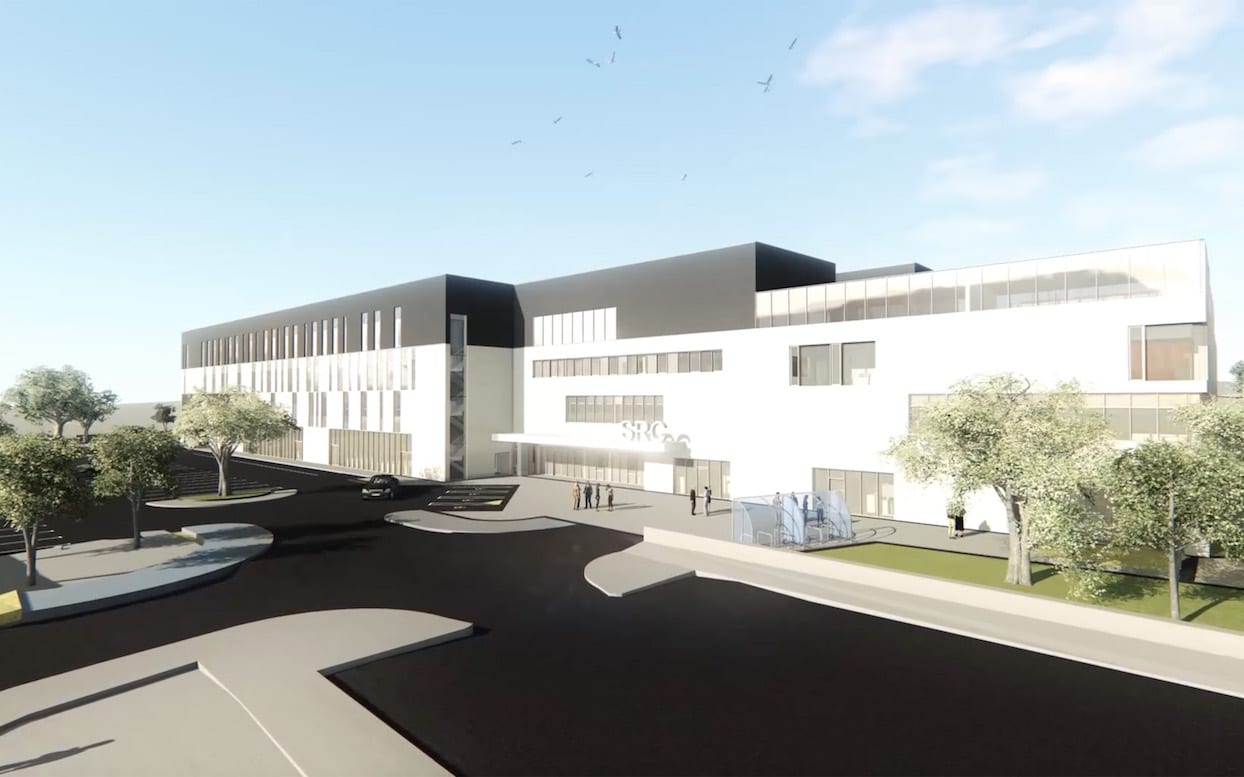 Southern Regional College’s new £35 million campus plans in Armagh are on the shortlist for a global award – just weeks after securing regional and UK-wide awards for its innovative development plans.

Construction of the new campus, which is part of a £95 million investment by the Department for the Economy and Southern Regional College, is already under way ahead of opening in 2020.

SRC confirmed today that the Armagh campus is one of only three high-profile global projects shortlisted for a New Engineering Contract (NEC) ‘Client of the Year’ Award 2018.

The winner, which will be recognised for best practice and collaboration in the delivery of a major
construction project, will be announced in London later this month.

Earlier this year, the SRC campus, designed by WYG Group, won the Northern Ireland GO Excellence in Procurement Innovation / Initiative of the Year Award before winning against 12 other shortlisted projects in the UK final at a gala ceremony in Manchester.

NEC is endorsed by governments and industry bodies worldwide and has an unrivalled track record for assisting in delivering large-scale projects – including the London 2012 Olympic and Paralympic Games venues.

Brian Doran, SRC Chief Executive, said: “On behalf of the entire team, I’m delighted that our innovative plans for Armagh are being recognised both at home and away. These awards recognise the vision, talent and dedication of a fantastic team which is working very closely to ensure we deliver for the benefit of current and future generations of students and staff.

“With the support and commitment of the Department for the Economy and all our partners, we’re really proud to be bringing this pioneering campus to Armagh.”

The new, purpose-built education campus in Armagh will comprise 14,000 sq. metres of specialist
accommodation across several curriculum areas and has been carefully designed to facilitate a major
uplift in the provision of professional and technical education and training.

Located on the existing Lonsdale Road site, it will also specialise in the provision of innovation hubs through which students will engage with business and industry in real world industrial projects and challenges.

Felix O’Hare and Co. Limited, the appointed contractor, is spearheading its construction.

Around 200 jobs are being created within the construction phase of the project which also includes 25 apprenticeship opportunities.