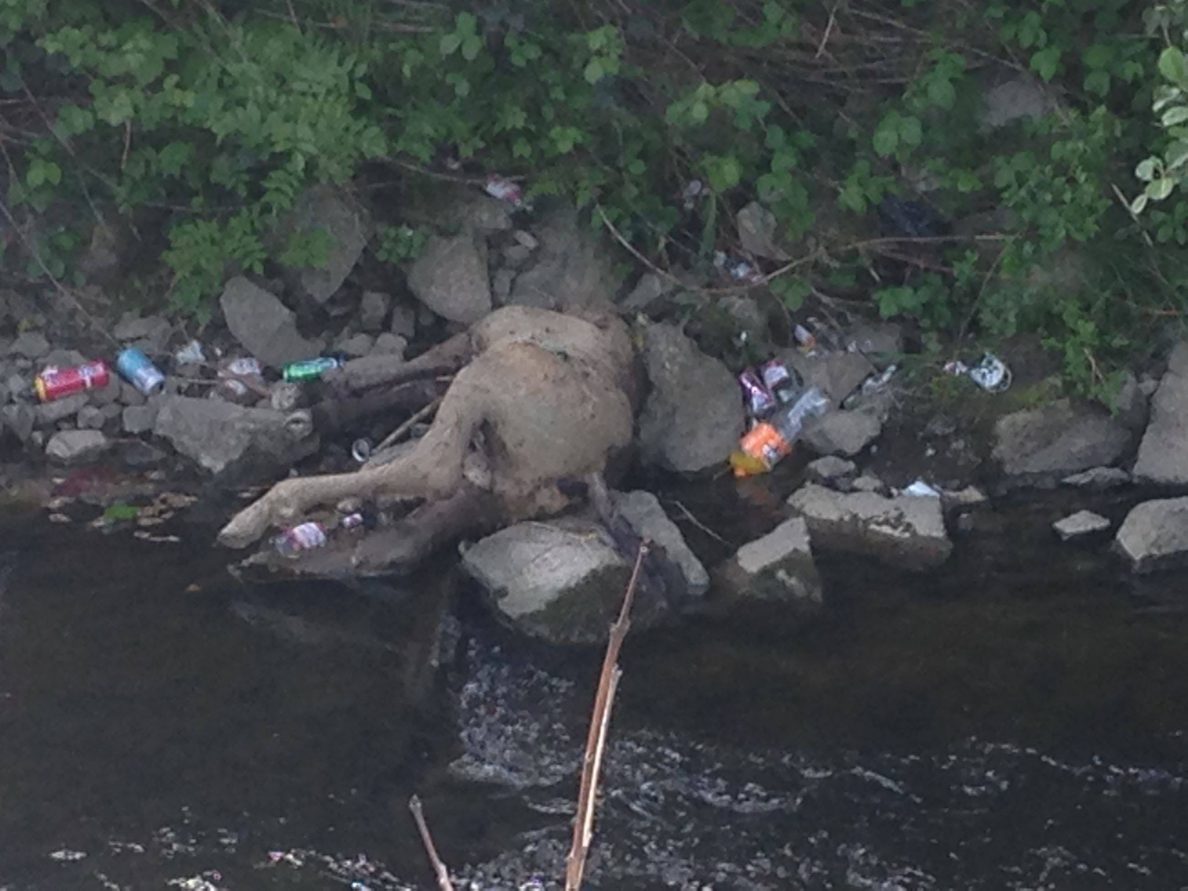 There has been widespread shock and revulsion following the discovery of a dead pony in an Armagh river.

The remains of what appears to be a young horse were discovered in the Callan River earlier today (Sunday).

The disturbing image was posted on the Friends of the Callan Facebook page, in what they describe as an illustration ” “to show the local communities just what we are up against”.

A spokesperson for the group said: “The emaciated corpse of a young pony dumped into the Callan with callous disregard.

“If you see anyone doing this to any animal contact local council environmental department right away.”

“It’s the only way we are going to stop this. This photo can only strengthen people resolve to restore and reclaim this very important natural resource. Much work to be done.”

The group was set up earlier this year in a bid to clean up the river in the Armagh.

Litter picks have taken place but the group is determined to enhance what has been described as a “beautiful resource for the local community”.

Initial works have taken place on the walkway between Killylea Road and the old Callan Bridge by Rivers Agency and Armagh City, Banbridge and Craigavon Borough Council.