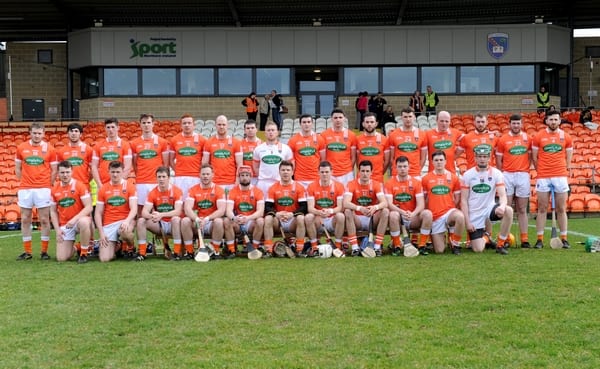 Armagh hurlers will head to Croke Park on Saturday to face off against Connacht opposition in the Nicky Rackard final for the second year running.

Armagh hurling enthusiasts need no reminder of the outcome of last year’s visit to GAA headquarters, when Roscommon claimed a dramatic injury time win, striking a 21 yard free straight to the net with the last puck of the ball.

While thoughts of last year’s final aren’t too far away, Armagh sharpshooter Ryan Gaffney is fully focused on Saturday’s final.

He said: “At the start of the year, our aim would have been to get back to Croke Park again so we’re delighted to be there on Saturday. It’s good to get the opportunity to make up for last year’s defeat in the final and to be in a position to rectify it. Mayo will pose a big challenge, but it is one we are looking forward to.”

In fairness to Armagh, they have shown great character in coming back from that defeat in last year’s Nicky Rackard final and played out a very successful league campaign, which saw the Orchard hurlers claim an historic Division 2B league title.

Said Ryan: “We had a good run in the league this year and we played some good hurling. I think the league showed that Armagh are fit to play against teams that are at a higher level. We beat a couple of Christy Ring sides: away to Wicklow; at home to Meath; and the league final against Down.

“Looking at the Nicky Rackard campaign, we’ve maybe come in to the final not having played our best hurling, but the second half performance against Fingal in the semi-final was as good as we played earlier in the league, so hopefully we can bring that level of performance to Croke Park on Saturday.”

Armagh have already played Mayo on two occasions in the past couple of months, with each side claiming a win apiece.

While Armagh produced a super performance in the league game at the Athletic Grounds and a seven point win, it was Mayo who turned on the style in the second round of the championship, running out eight point winners.

Speaking about Saturday’s game against Mayo, Ryan added: “It should be a close contest and we expect it to come down to the last few minutes of the game. I suppose most people would see the teams as pretty evenly matched.

“Mayo had a good run in the league and they played some good hurling against us in our last game there. It is a big challenge, but we have prepared well over the past couple of weeks, so it will all come down to the day of the final. We are obviously hoping that things fall into place for us on Saturday.

“Croke Park is a unique venue in Ireland and it’s great to be playing there. We were there last year and some of the boys have a bit of experience playing there over the past few years, so we know what to expect and we know that there is plenty of space there for forwards to exploit.

“I think all of the boys are really looking forward to get out on the pitch on Saturday and hopefully we can get the result to keep Armagh hurling pushing on.”

Saturday’s game gets underway at 3.30pm.