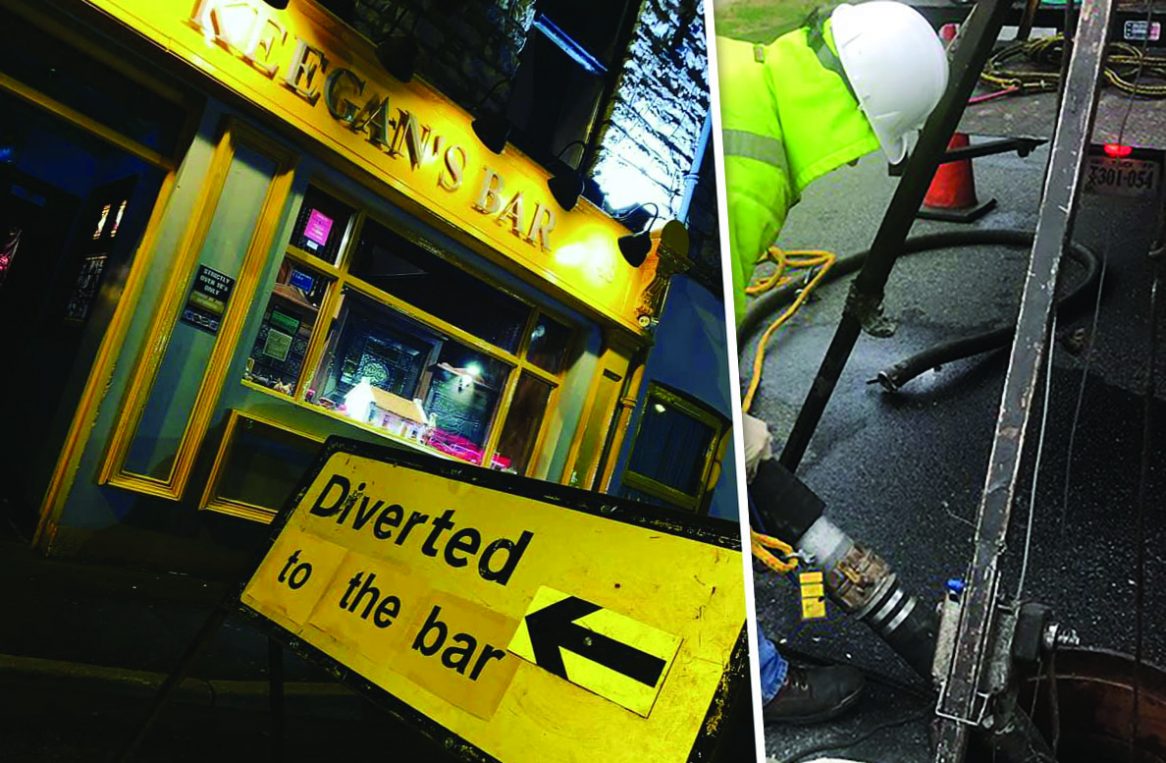 Major roadworks in the heart of Armagh is causing misery for city centre businesses.

The work is centred in the Irish Street area, which acts as a thoroughfare for most parts of the city from the south.

NI Water are currently carrying out the £1.4 million scheme, which they say will improve the sewer system in the area, however, local businesses are kicking up a stink.

Laura Keegan, of Keegan’s Bar on Irish Street, slammed the “lack of consultation” with local businesses.

“Another week in Armagh and more road closures traffic chaos and loss of revenue for local businesses,” said Ms Keegan.

“We all love to see improvements to our city, especially the infrastructure for business and residents alike.

“But the chaos caused by the ongoing road works at Irish Street is causing loss of at least 30 percent revenue to local bars food, as well as inconvenience to residents.”

She says business owners are calling for proper consultation and dialogue with local businesses like hers and residents before any work is to take place.

“I’m not just talking about the customary letter through the door stating the road will be closed for X amount of time,” she said.

“Some structure to the planned works is needed. This does not involve parking machinery in the middle of the road closing it for the weekend while nothing is happening.”

And the businesswoman had some of her own suggestions.

Said Ms Keegan: “Contra flow for traffic needing to use the road. Limit the work to non-busy times and securing the road for traffic use outside these times where possible.

“Time limits should be set for work completion and penalties adhered to if not fulfilled.

“If these companies had to compensate locals for loss of revenue, a more organised and structured approach would be adopted, to ensure everything ran smoothly.”

Despite her pleas, Ms Keegan believes her words will fall on deaf ears.

“Realistically none of this will happen and so we will all be left to fend for ourselves and absorb any shortfall in revenue but it’s ridiculous and changes need made.”

The frustration has led to Ms Keegan creating her own sign to the bar, which has gone down a storm on social media.

Work is expected to be completed in the last week of August.