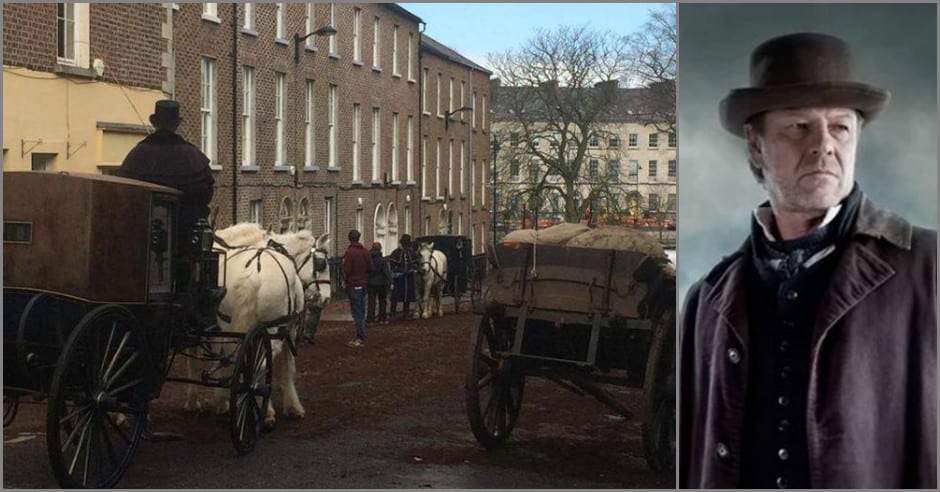 Hollywood star Sean Bean looks set to return to Armagh with confirmation that a second series of the Frankenstein Chronicles is on the cards.

The show – based on a re-imaging of the gothic horror Frankenstein by Mary Shelley – proved a huge global hit.

It was filmed on location across Northern Ireland with many of the scenes shot in Armagh.

The production team had wanted locations which lent itself to the era of the period drama and the historic architecture of Armagh proved just the ticket.

Armagh Courthouse, the Gaol, Russell Street and Vicars Hill were among the backdrops for the unfolding drama.

Gosford Forest Park – which has also been used as a Game of Thrones location – also featured in the Frankenstein Chronicles.

The good citizens of Armagh watched as the action was filmed and got a close-up look at what went into producing such a detailed show.

Now ITV has recommissioned the Frankenstein Chronicles for ITV Encore and it looks like Armagh will once again feature on the itinerary.

The first series of The Frankenstein Chronicles captured the imagination of both viewers and critics alike.

Tracey Scoffield is billed as executive producer alongside Sean Bean.

She said: “We are thrilled to be working once more with Sean Bean in the role of John Marlott, who is a returning hero like no other. With the continued support of ITV and Endemol Shine International we want to be more ambitious than ever with Season 2.”

Billed as a thrilling and terrifying reimaging of the Frankenstein story, the series introduced an extraordinary hero as its central character, John Marlott, a veteran of the Battle of Waterloo, who was battling his own demons and haunted by the loss of his wife and child.

In pursuit of a chilling and diabolical killer, Marlott’s investigation took him into the most exalted rooms and darkest corners of Georgian London, a world of body snatchers, anatomists and scientists whose interests and ambitions came together in the market for dead bodies.

As Marlott investigated, it brought him up against the medical establishment and powerful political forces wrestling with the march of scientific progress.

One thing was for certain – a demonic power was clearly at work in the city, attempting to reanimate the dead in a curious parody of the celebrated novel.

Production of the new series is set to begin on location across Northern Ireland in January 2017.

Full casting details will be kept under wraps and revealed as filming starts.