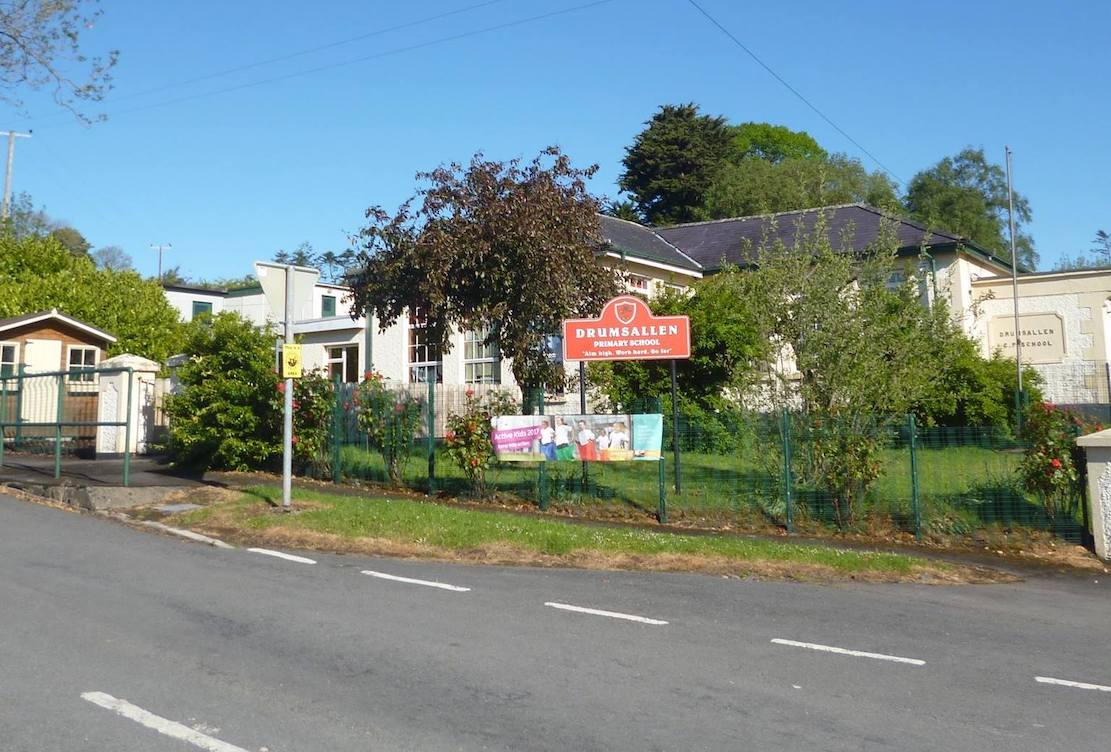 A Co Armagh primary school has been earmarked for closure later this year.

Drumsallen Primary School – at Dernasigh Road – is due to be ‘discontinued’.

A development proposal published this week recommends that the school will cease to be from August 31, 2020 – or “as soon as possible thereafter”.

That essentially means that it will close at the end of June if rubber-stamped.

The public have two months to make known their views.

The schoool had been named in an area planning document in June last year; the third area action plan, an ‘extension’ to previous reports, covered the time period from April 2019 to March 2021.

It reported that the managing authority would consult on options for future provision of Drumsallen Primary School by January 2020, citing the need to “address school provision where sustainability is an issue”.

And the published paper says Drumsallen PS – which currently has 23 pupils enrolled – will “discontinue” from the end of August. Other local schools available are listed as Killylea Primary, Churchill Primary in Caledon and the Armstrong Primary School in Armagh.

A pre-consultation questionnaire run online between September and November last year brought in 13 responses, including one on behalf of all eight members of staff at the school.

Respondents pointed to Drumsallen Primary School as providing “excellent education for the children of the area” in a building which functioned as a hub for Drumsallen Rural Community Association.

Disappointment was expressed with Area Planning, as it created “uncertainty amongst the parent body, which has a negative impact on enrolment”.

Respondents also highlighted the “unrealistic timescale for closure” and say they must be informed of the official decision no later than April 6, 2020, or it will be “a dereliction of the duty of care of the Education Authority and Department of Education”.

Those making views known also point to their belief that “rural schools are a vital part of the rural community” and Drumsallen “provides excellent standards of teaching and learning and pastoral care”.

There has been frustration voiced at the timescale too, with the need for an “early decision” highlighted “to find suitable alternative provision for children”. There was also reference to the “uncertainty about siblings” as the decision would be made after the Year 1 intake in January”.

Not having a decision until May 2020 leaves parents “uncertain in accessing the new school of their choice”.

Correspondents also dispute assertions that larger schools will enhance the learning experience in the provision of after school activities, as they insist pupils at Drumsallen have “ample opportunities to attend a full range of extra-curricular activities”.

They have rejected the statement that as a two teacher school there is pressure on the staff and insist that “transferred redundancy list should be made available to staff once it is published as staff are not disputing the closure”.

The Education Authority has been informed during the qustionnaire that “physically closing a school is lengthy and time consuming and having spoken with union representatives staff are not obliged to work July and August”.

This development proposal was discussed by the Education Authority’s Education Committee at its meeting mid-January.

The Education Authority – in publishing the development proposal this week – says that, should it be approved, it will liaise with the parents, local schools, managing authorities and the Department of Education to “endeavour to ensure that pupils affected by the proposal be accommodated, where possible and within current guidance/policies”

And it adds: “The Education Authority’s transport policy would be applied to pupils displaced with transport provided for pupils with entitlement.”

The proposal can be viewed at the Education Authority offices, 1 Hospital Road, Omagh, BT79 0AW, between 9am and 4.30 pm, and online www.eani.org.uk/school-management/area-planning.

Letters of objection or support must be lodged with the Area Planning Policy Team, Department of Education, Rathgael House, Balloo Road, Bangor, Co Down, BT19 7PR, or emailed to dps@education-ni.gov.uk before March 22.