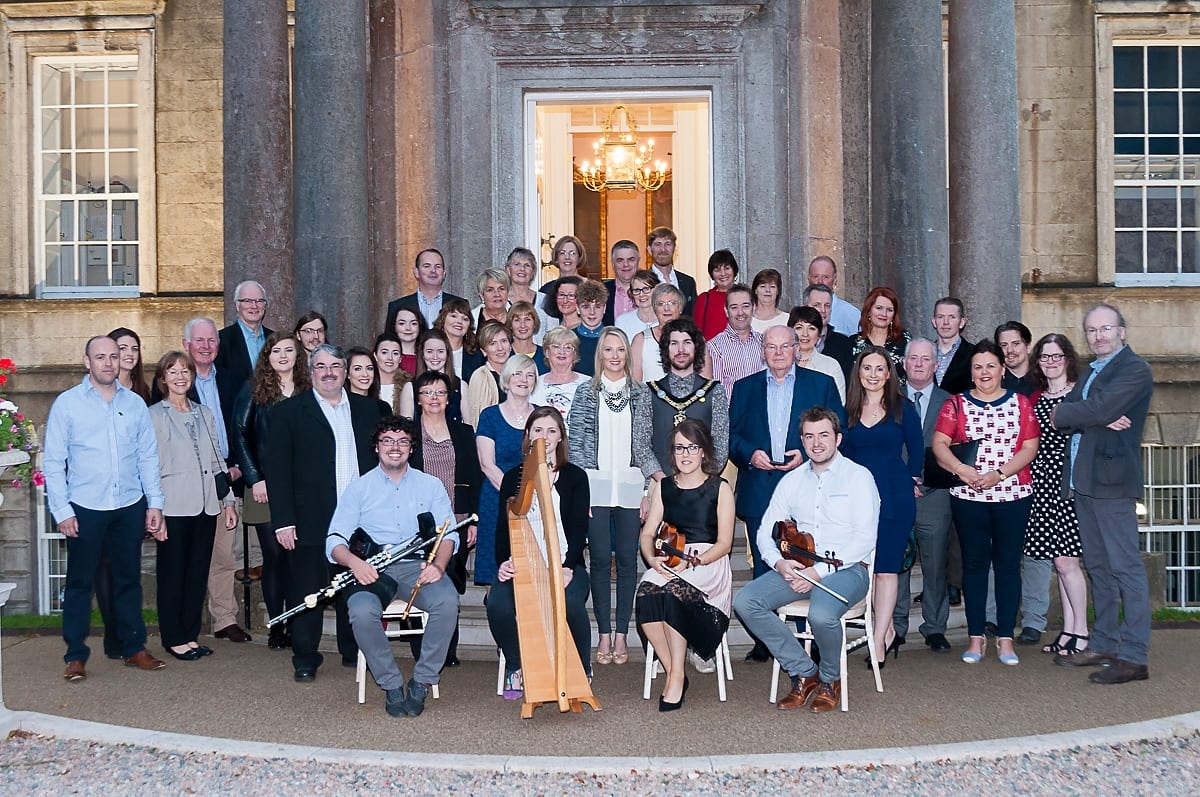 A special reception to mark 50 years of the Armagh Pipers’ Club has been held in the city.

The very worthy recognition was staged at the Palace in Armagh by Lord Mayor Garath Keating.

The Pipers Club was founded by husband and wife, Brian and Eithne Vallely, and they have driven it onwards and upwards ever since, inspiring generations to keep alive the musical tradition.

In July, the couple were honoured to be presented with the Hall of Fame Award at the prestigious Fiddlers Green Festival in Rostrevor, for their outstanding contribution to Irish Music.

Brian and Eithne have been life-long champions of traditional music in a myriad of ways – playing, teaching, and founding the Armagh Pipers’ Club, which has grown from a handful of pupils in 1966 to in excess of 250 pupils attending weekly classes in 2016.

Members past and present joined with the Vallelys for the reception at the Palace on Saturday evening.

And there was no better venue, as Brian – who is also one of the art world’s leading exponents – has many of his works displayed within. It was during former Lord Mayor Cathy Rafferty’s year in office that JB Vallely’s unique and instantly recognisable canvasses were displayed – showing again the deep love of traditional music.

The club is also to be the focus of a three-part television documentary during this 50th anniversary year.

And registrations recently opened for the 51st year.

The Pipers’ Club looks set to remain at the heart of Armagh’s proud cultural heritage for many, many years to come and will live on for many more generations thanks to Brian and Eithne and their dedication, commitment and passion to the traditional musical scene.