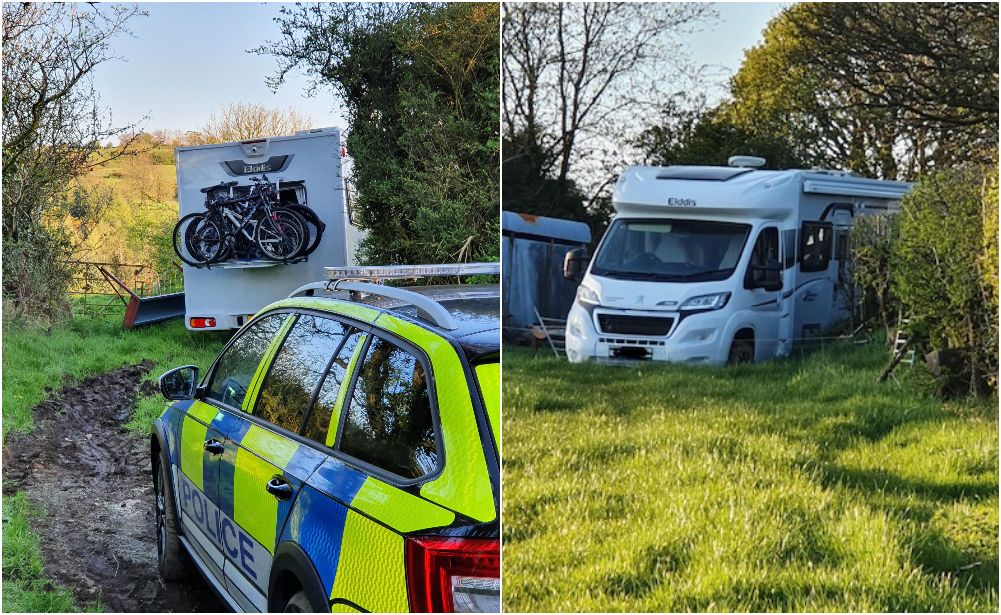 One man has been arrested following a county-wide pursuit of a stolen camper van.

On Wednesday afternoon, police received reports of a burglary and that a motor home had been stolen from the Tandragee area.

Local crews observed this motor home a while later on the Castleblaney Road, near Carnagh, on the outskirts of Keady.

The camper van was also spotted weaving in and out of traffic on the Monaghan Road in Armagh – narrowly missing a woman walking her dog.

With the assistance of The Graphites Tactical Support Group and police helicopter, police managed to locate the camper van in a lane way with the two suspects making off on foot.

Tactical Support Group officers gave chase into a wooded area where a police dog assisted in trying to locate them.

The suspects made their way across the border where one was apprehended by our colleagues in the Guards.

If anyone has any information that may assist please contact police on 101 quoting reference 1460 20/04/22.