Motorists ‘ignoring’ closed signs and diversions putting others at risk 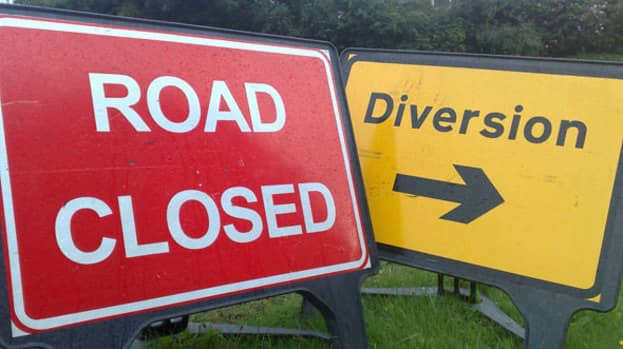 Motorists ignoring road signs and diversions at Newry Road are putting other road users – and workmen – at risk.

The PSNI in Armagh is calling on all drivers to follow the instructions as mapped out, as the ongoing sewer works in the city focuses on the Newry Road.

A one-way system leaving in Armagh has been put in place to facilitate the pipe-laying.

But police say some drivers are ignoring the ‘road closed’ signs at the entrance to Folly Lane and the Orchard Leisure Centre.

This, in turn, they say, is causing significant disruption, when two vehicles meet on the sane lane.

The PSNI in Armagh says: “The road is closed at the Folly junction on Newry Road, and diversions are in place for access to Armagh City Centre.

“Ignoring the road closed signs puts other road users in danger, as well as the workmen doing work on the road.”

Further out, they have urged only residents who live in the area of Woodford to travel through the roads marked as closed. The message being, if you don’t require access don’t do it!