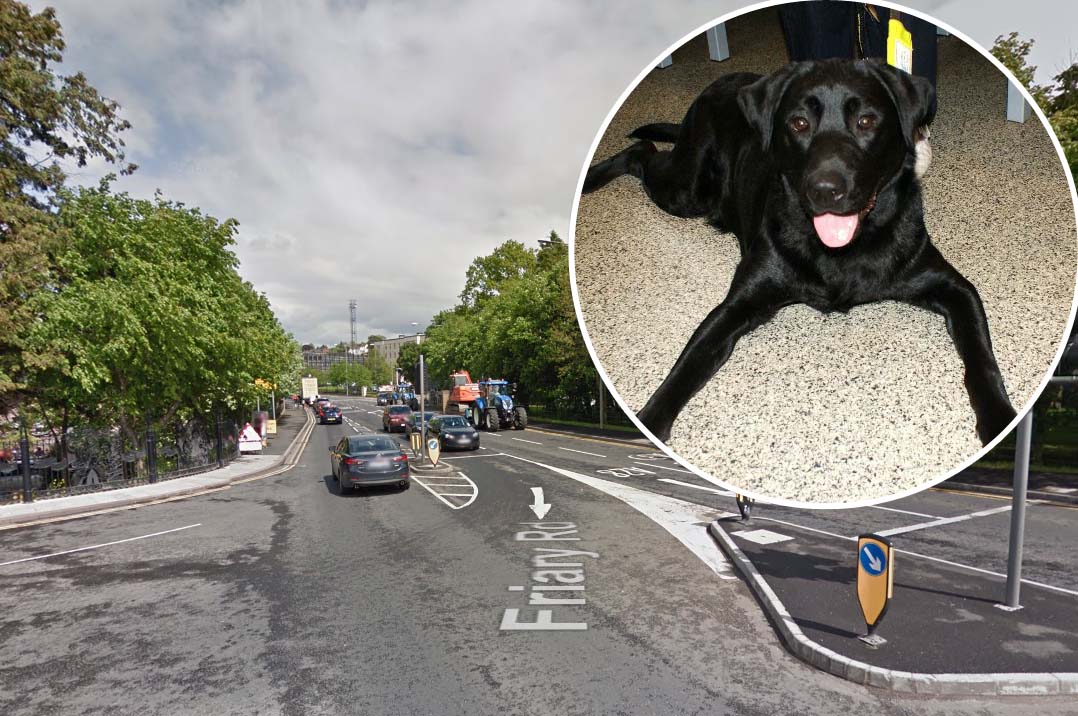 A guide dog which broke free from its owner is recovering tonight after being injured in a road traffic collision in Armagh.

And but for the actions of the Armagh dog warden it could have been so much worse.

Emily, a seeing eye dog, broke free from her owner in the Dobbin Street area earlier this afternoon.

The disappearance of the black Labrador/Retriever sparked a frantic search.

And it was the warden himself who found Emily a short time later, at the gates of the Palace Demesne.

One of the council’s grounds staff had witnessed Emily dart across four lanes of traffic in front of the City Hotel.

She had been struck by a vehicle and sustained an injured leg.

“I got her into the van and collected her owner to take them to the vets,” the dog warden told Armagh I.

He said Emily must have run off and had become disoriented with the noise and traffic.

He took the injured dog to O’Reilly & Fee vets in Armagh for treatment and for an X-ray and waited with the anxious owner.

The dog warden – who as always went above and beyond the call of duty – later drove the owner home.

He said Emily was “in shock” and had sustained a cut but she will be monitored at the vets’ overnight and should make a full recovery.

Fortunately she did not sustain any broken bones and should soon be home where she belongs!