Court heard the owner of the Scotch Street premises estimated the insurance cost for the repair of the store at £175,000 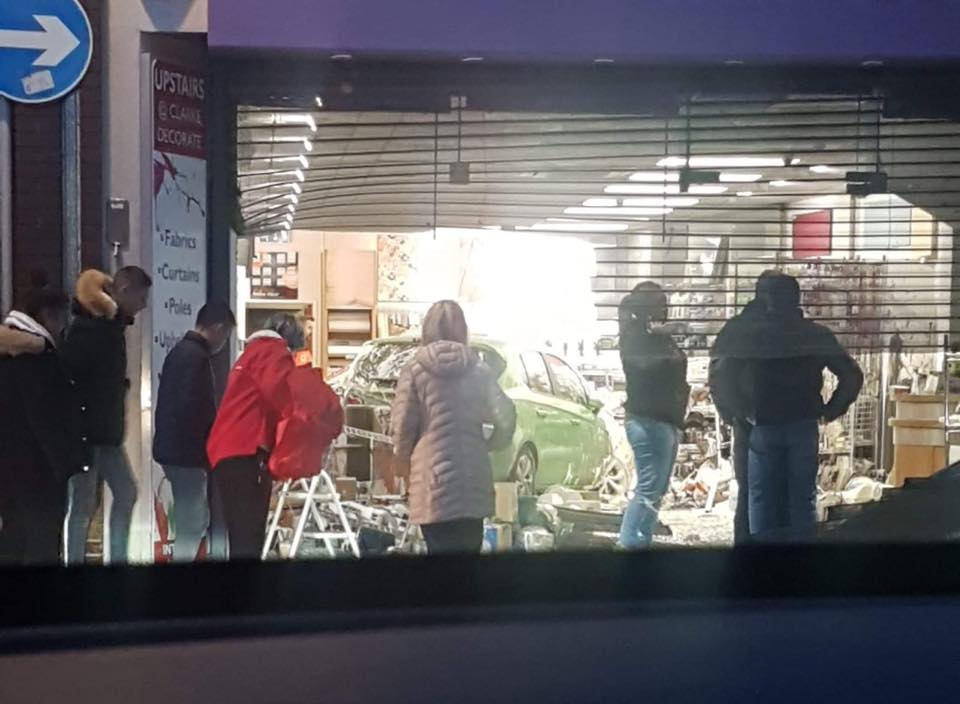 An Armagh man with an “unblemished” 50 year driving career has been disqualified until retested after he crashed his car into a centre paint shop.

In sentencing the 86-year-old, the deputy district judge commented: “It is a shame that given his service to the community through his job and his driving career that it had to come to an end like this, but at 86 years of age, he had a good length of time on the road.”

Daniel Francis Gribbon, of Messancy Place, had a plea of guilty entered on his behalf to driving without due care and attention at the city’s Magistrates’, sitting at Newry, on Tuesday.

Prosecution outlined that on October 27, of 2019, police received a report that a vehicle had collided with the shop front of Clarke Decorate on Scotch Street in the city.

Officers arrived to find damage to the front of the shop, glass on the floor and the alarm sounding.

Inside, they observed a Vauxhall Corsa covered in paint and they spoke with the driver, who was identified as the defendant.

It was noted the man appeared in shock and was unsure as to what had happened.

Police later received a report of damage to a Volkswagen Golf on Linenhall Street at the junction with Scotch Street.

Officers spoke with the owner of Clarke Decorate, who estimated the insurance cost for the repair of the store at £175,000.

During a notebook interview, the defendant admitted to driving but did not know how or why the collision had occurred.

He told police how he had kept pressing on the brake but it had not slowed down or stopped the car.

Defence barrister Conor Coulter stated: “He has been driving some 50 years without incident. He worked in England most of his career as a psychiatric nurse.

“There is very little explanation. This was an automatic vehicle and perhaps he had been pressing on the accelerator as opposed to the brake.”

The barrister told the court that his client had already voluntarily surrendered his licence after going to see his GP shortly after the incident.

He said: “He rarely leaves the house now, his meals are delivered to him due to the pandemic. This vehicle was wrote off. He is without a car and has no call to drive.”

Deputy District Judge Philip Mateer stated: “I take into account his guilty plea and the fact he has been driving for 50 odd years with an unblemished record.

“It is a shame that given his service to the community through his job and his driving career that it had to come to an end like this, but at 84 years of age, he had a good length of time on the road.”

He also remarked: “I have them in black and white but the photos in colour must be something to look at.”

Defendant was disqualified from driving for 12 months until tested and was ordered to pay a fine of £150, along with the offender’s levy of £15, within 26 weeks.