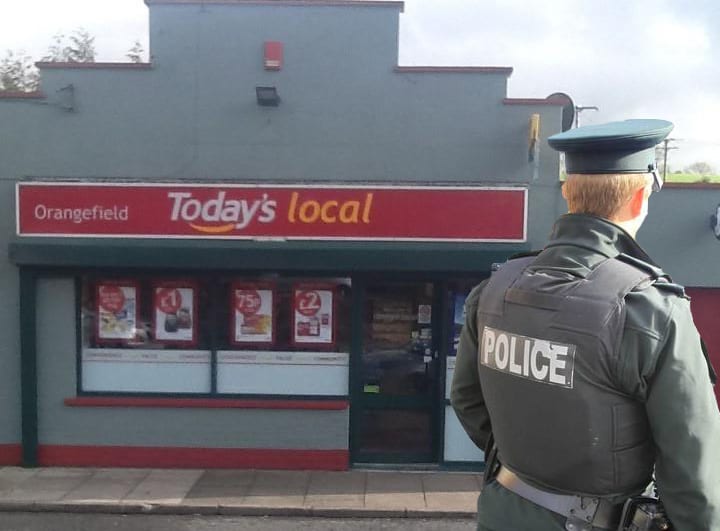 Detectives in Lurgan are appealing for witnesses following the robbery of the Today’s Local newsagents on the Ballynahoemore Road.

It was reported that sometime around 3.30pm a man entered the shop wearing a grey hooded top, grey bottoms and a grey baseball cap.

He threatened staff with a knife before escaping in the direction of Hamiltonsbawn Road with a sum of money.

A police helicopter hovered above the area for a period after the incident.

Detective Constable Kelly Foley said; “We are appealing for anyone with information who may have witnessed any suspicious activity in the area or have information about the incident to contact detectives at Lurgan police station on 101 quoting CCS reference number 805 of 20/9/2016.