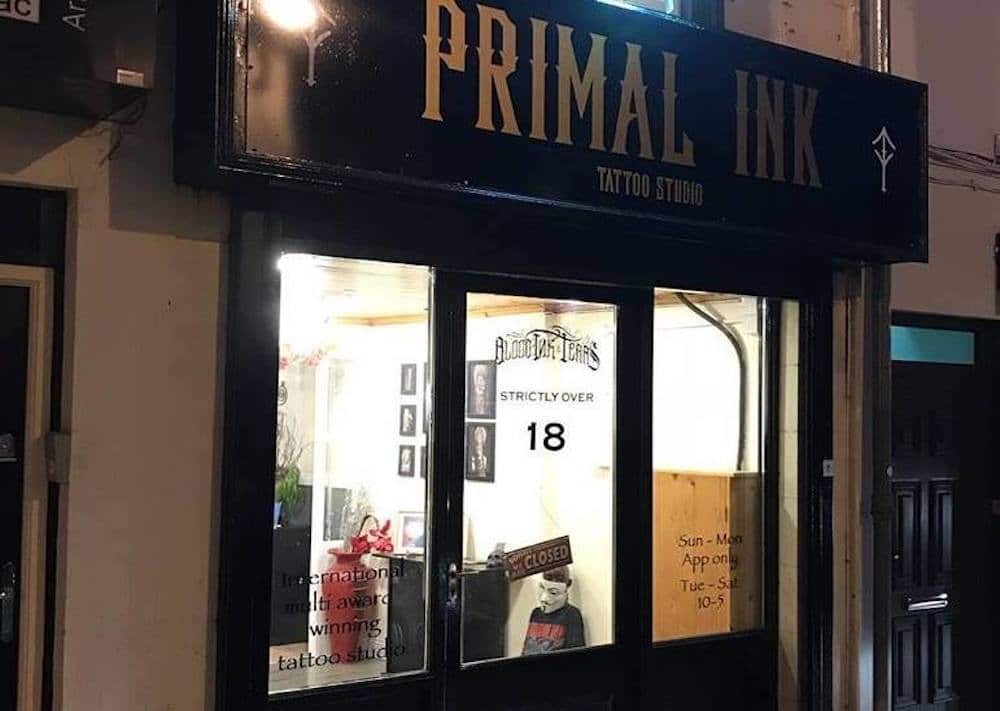 An Armagh tattoo studio owner said he fears for the safety of his staff after a man became aggressive and made intimidating threats when he was told he would not be tattooed because of his level of intoxication.

The incident occurred at Primal Ink’s studio on Thomas Street on Thursday morning.

Speaking to Armagh I, studio owner, Ritchie Connor explained: “I had someone arrive to his appointment under the influence on Thursday morning.

“When I refused to do the work because of the way he was he then proceeded with violent and angry obscenities to the point of threatening my life, and threatening to smash up my studio if I didn’t pay him his money back, upon refusal he proceeded to fight with the police

“He ended up kicking my front door and threatening me again, telling me I was done for and he would get me. He was then tackled by four police officers who bundled him into a police van, but not before he was verbally abusing people in the street.”

Ritchie explained that the man had booked in with a pre-paid voucher.

“I take my professional career extremely seriously and threats and violence against me or my staff will not be tolerated,” he said.

“It’s hard enough working in this current situation without people coming to their appointments off their faces and then kicking off when I refuse the work.

Mr Connor added: “This is what I have to put up with in a time where it’s dangerous outside these doors and now I’m being threatened and harassed because I won’t do what people want. I have to think of my female staff working here on their own, what is this city coming to?”

A PSNI spokesperson told Armagh I: “Police in Armagh arrested a 40 year old male following the report of an incident in the Thomas Street on Thursday morning.

“It was reported that a male entered business premises in the area and threatened a member of staff.

“Officers attended and the man was arrested on suspicion of making threats to damage property, common assault and disorderly behaviour, he was later released pending a report to the PPS.”