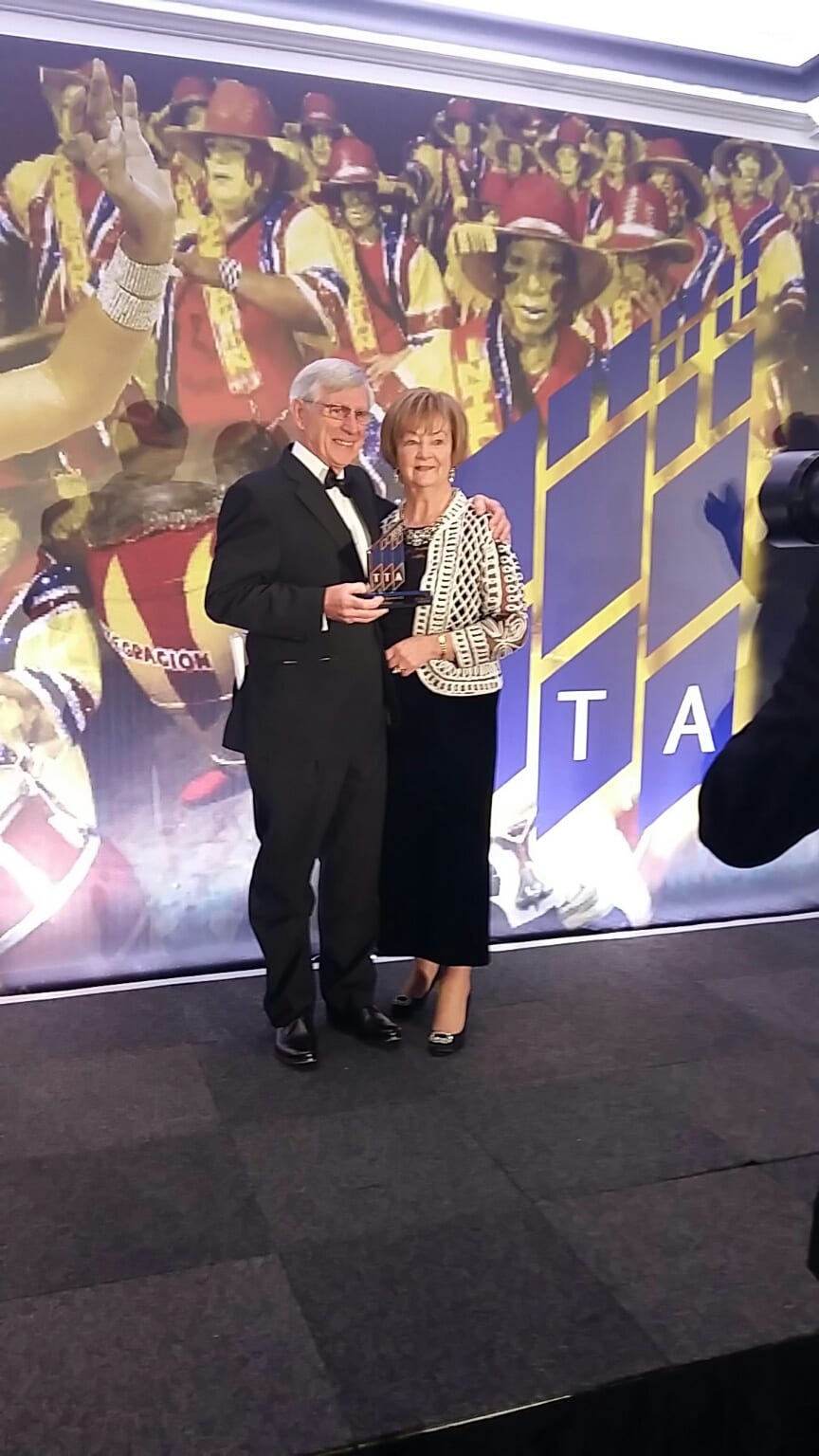 Armagh man Seamus McCann, founder and Chairman of Armatile, has been honoured by the UK Tile Industry with a ‘Lifetime Achievement’ award.

At the recent event at St John’s Hotel, Solihull, Birmingham, he was presented with his award in recognition of his outstanding leadership and contribution to the industry for more than 40 years that ‘exemplifies excellence in all his actions with humility, foresight and guidance which directly enhance the reputation of the whole tile industry.’

Mr McCann established Armatile in 1975, initially selling second hand carpet and ceramic tiles from his father’s shed in the small village of Loughgall. Indeed, starting a business in Northern Ireland in 1975 was a brave decision, as he did so at a time of huge civil and sectarian unrest, social polarisation and steep economic decline.

Yet, despite these conditions prevailing for many years he has successfully developed Armatile, consistently reinvested into the business, and industry he loves and believes in, achieving growth, many friends and employment for over 80 people.

He has successfully led Armatile on a journey that has established the company as one of the largest importers, retailers, distributors in UK and Ireland, and manufacturers of decorative ceramic and porcelain tiles that are exported to interior design projects world-wide including USA, Canada, Russia, Switzerland and France.

Now aged 75 he still leads from the forefront, driving success, innovation and new product development; often the last to leave the office.

In accepting the award Mr McCann dedicated his success to the support of his wife of 51 years, Pat, and to the dedicated staff that he acknowledged as being an integral part of keeping Armatile at the leading edge of the tile industry in the UK and Ireland;

“Armatile is very much based on this culture; it is about the people in it. They provide the inspiration for me to try and create a better environment for them to work and thrive.  We are lucky as we have the right people that enables us to develop and grow a sustainable business.”

To add to the thrill of the Lifetime Achievement, Armatile also won an award, ‘Best use of a Tile in a Commercial Contact’, for its work on the restoration and transformation St Patrick’s Church, Donaghmore.

This was a very competitive category where Armatile was up against three projects in London, as well and Harvey Nichols in Birmingham and Dublin Airport.

This was a beautiful restoration and transformation project for Armatile,  manufacturing bespoke and detailed waterjet cut decorations and performing high quality tiling work that has received its deserved recognition.