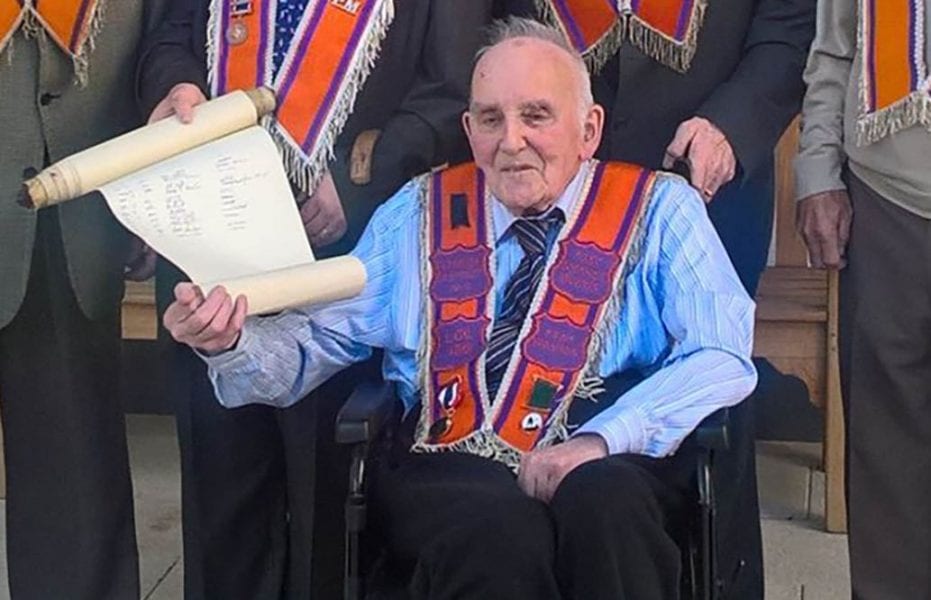 He was one of those familiar faces, an Armagh man through and through who gave so much to the local community and expected little in return.

The passing on Saturday of George Proctor – a city centre postmaster for many, many years – has caused great sadness across the area and far beyond.

His passing came almost three years after that of his dear wife, Irene, also at Hockley.

They had celebrated over 60 years of marriage together and had been delighted to receive a special greeting to mark the occasion of their Diamond Anniversary from The Queen.

For years, they ran the Post Office in Barrack Street in Armagh, and lived over the premises, always busy, always professional, always obliging.

After retirement they lived at Ashley Park in Armagh before later moving to Hockley Private Nursing Home.

Mr Proctor was a decorated war veteran. He had served with the Royal Air Force and was a member of the Armagh Royal British Legion, taking part in, when health would permit, the annual Remembrance Day ceremony on the Mall.

He was honoured to have been able to attend and receive a presentation at a ceremony on the Mall in recent years in recognition of his service.

He was, like his father Joseph, before him, a man of great courage and conviction. He had been very proud of his late father, who had enjoyed a long life, having signed up as a mere boy to fight in the First World War.

Joseph Proctor was in fact the last remaining survivor in County Armagh of the Battle of the Somme, where so many young lives were cut short.

George Proctor had a great knowledge of history and local history in particular. He enjoyed company and loved to catch up and chat with family and friends whenever he could. He could boast many friendships and was very highly thought of by all who knew him.

Mr Proctor in his time was a member of all the loyal orders. He was a valued and cherished member of Armagh True Blues LOL No 9 and had been a member of the Royal Black Institution under the Primatial City banner.

He was an honorary member of the Friends of Sloans House in Loughgall and was delighted to be able to pay a visit to the Orange Museum there three years ago accompanied by his daughters, Elizabeth and Anne.

Mr Proctor was also deeply involved in the Junior Orange Lodge and for many years played an organisational role. He looked forward to the annual parade in Bangor especially.

He was a man of wise counsel, one who could motivate and inspire and bring out the best in others.

It’s often said in tribute that someone is an absolute gentleman and in this case the words could not be more aptly applied.

He was a devoted Christian and he and his late wife, Irene, had been members of Armagh Baptist Church.

Donations in lieu of flowers are being accepted for Armagh Baptist Church and the Irish Evangelistic Band, with cheques to be made payable to Jackson Stoops & Sons, Funeral Directors, 44 Moy Road, Armagh, BT61 8DL.

Mr Proctor’s funeral will be strictly private, as per Government guidelines.

To his daughters Elizabeth and Anne, and the entire family circle, deepest sympathy is extended at this time.