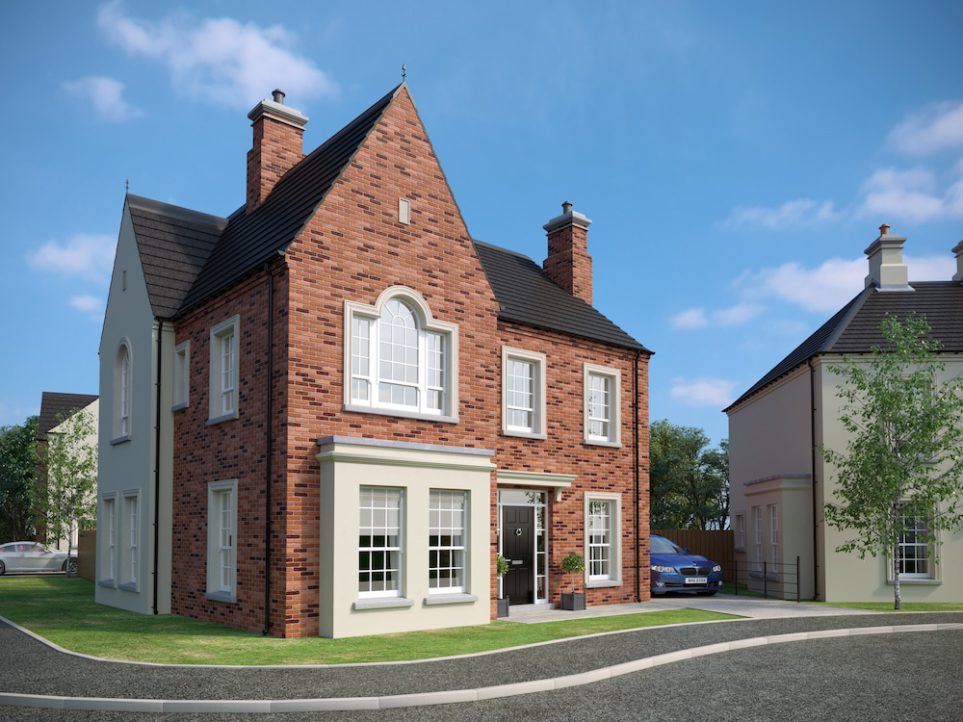 The third phase of a massive housing scheme just off the Portadown Road in Armagh is now under consideration.

Proposals have been lodged for 72 homes as part of the Deanery Demesne development.

It would comprise 54 semi-detached and 18 detached properties.

An application for the works has been submitted to Armagh City, Banbridge and Craigavon Borough Council for consideration.

Addresses in the Deanery Demesne development are highly sought after.

The first stage of the 350-home development consisted of a total of 55 homes – 50 semi-detached and five detached – and went on sale in August 2019, marketed by Hannath. Given the exceptional demand, a planning application for the second phase – on this occasion made up of a total of 53 properties – was submitted sooner than originally expected. They went on sale in the summer of last year.

Now proposals for the third phase – the biggest to date – have been lodged with planning officials.

Specifically, these would be located on “lands to the east of Deanery Court and Deanery Meadow, south of the disused railway line and immediately west of Nos 3-13 Sperrin Park and Nos 3 and 4 Mellifont Crescent, Armagh”.

The site, according to the submission in the name of Deanery Demesne Limited, is currently “agricultural land”. The overall development – which will include two or three additional phases – is so big that it required the construction of its own link road.

It runs parallel to the old Mullinure Lane, from the Deansbridge roundabout, and was designed to improve access for the increased traffic expected with a development of this magnitude.

This latest application includes the provision of associated access roads, as well as landscaping.

There would be a mix of property types available with single or double garages and there is also the option of sunrooms. The third phase would also include three amenity grass areas.

The proposals are due to be advertised shortly with a decision expected early next year.