Starting from the climbing lane close to the city limits, it would include constructing right turning facilities into Tirnascobe Road, while a separate project would involve the demolition and replacement of part of the historic boundary walls at the Castledillon estate to improve sightlines 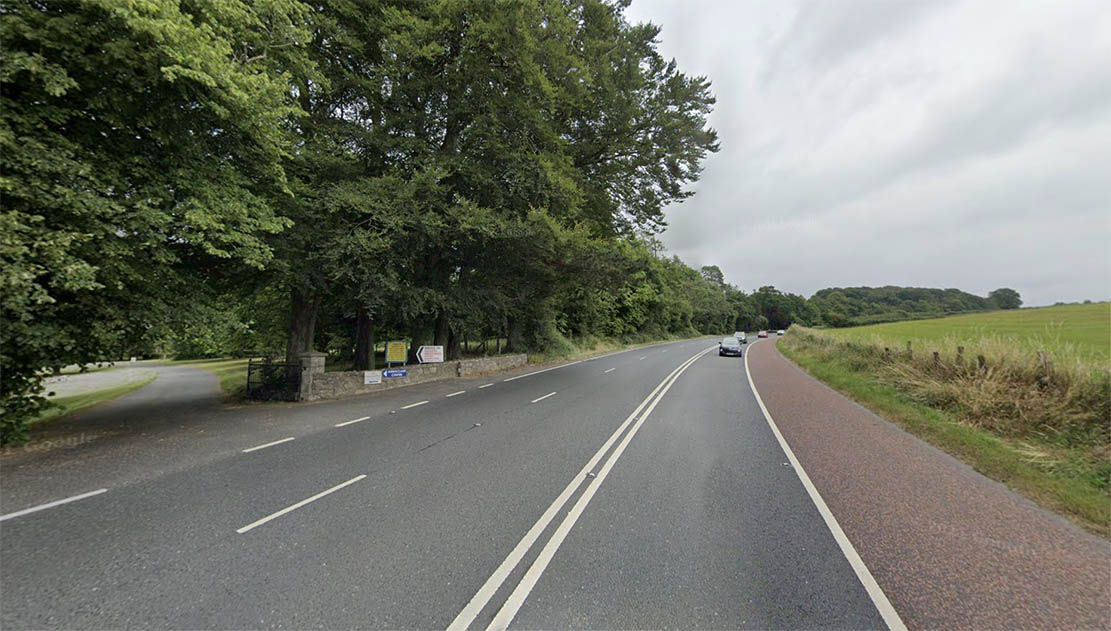 A huge road widening and safety scheme is to be carried out on the Portadown Road, Armagh, at a cost in the region of £1.7 million, Armagh I can reveal.

It is expected that details of the project will be unveiled shortly.

But the Department of Infrastructure has confirmed to Armagh I that the project has been listed as a future tender.

A contractor will be sought to carry out the development, which will cover a stretch of around 1.3kms of the main Armagh to Portadown Road, not far from the city limits.

A Departmental spokesperson said the works would involve “major resurfacing and widening” of the A3 Portadown Road, Armagh.

The project comes after an increase in residential developments carried out along the main road over the past few decades and a notable increase in traffic using the Portadown Road.

The works will start at the climbing lane section out of Armagh and extend for 1.3kms in an eastward direction towards Portadown.

The spokesperson told Armagh I : “The widening of the existing main trunk road is to improve safety by providing right turning facilities into Tirnascobe Road and other adjacent residential properties on the climbing lane section.”

While moves are made to bring this project into place, there are plans too to demolish part of the historic boundary walls around the old Castledillon estate.

It is a familiar view to the thousands of motorists who travel back and forward along the Portadown Road, not far from Armagh, on a daily basis.

Again the Department of Infrastructure is behind the proposals for the demolition, with part of the wall to be replaced in a realignment exercise.

The wall in question is largely overgrown, but the intention is to remove this vegetation to allow the works to proceed.

Around nine metres of the wall, close to three metres in height and marking the roadside verge on the Portadown Road, will be demolished.

And around three metres of the historic stone structure will be rebuilt, using the stone from the demolished wall.

A further 30 metres of a low-lying wall will also be demolished and rebuilt in a “new alignment using reclaimed materials”.

Part of the wall in places is as high as 2.8 metres and the low-level structure around 0.7 metres.

Planning papers to allow the works to proceed had been submitted to Armagh City, Banbridge and Craigavon Borough Council by the Department of Infrastructure, the intention being that the works would improve sightlines on the major trunk road.

Two applications had to be drawn up – one for full planning permission and the other for Listed Building Consent, given the historic nature of the structure.

The Historic Environment Division of the Department for Communities said it was “content” with the proposals.

But it urged planners, when considering the application, to make a number of recommendations.

“Vegetation should be cut rather than pulled from the existing wall in order to avoid unnecessary damage,” according to HED.

“Should the works require the felling of any mature trees, these should be replaced by seedlings of appropriate species.

“Conservation principles should apply to the rebuilding of the demesne wall. Any works should respect the materials, coursing and construction of the original, using reclaimed stone where possible, and should blend appropriately with the existing wall.”

The historic wall surrounds Castledillon demesne, at the centre of which lies an historic mansion. The current structure was built in the mid-1800s for Sir George Molyneux, replacing an earlier stately home, built around 1610, which perished in a fire in the latter half of the 17th Century.

The applications for the wall are still under consideration by planning officials.