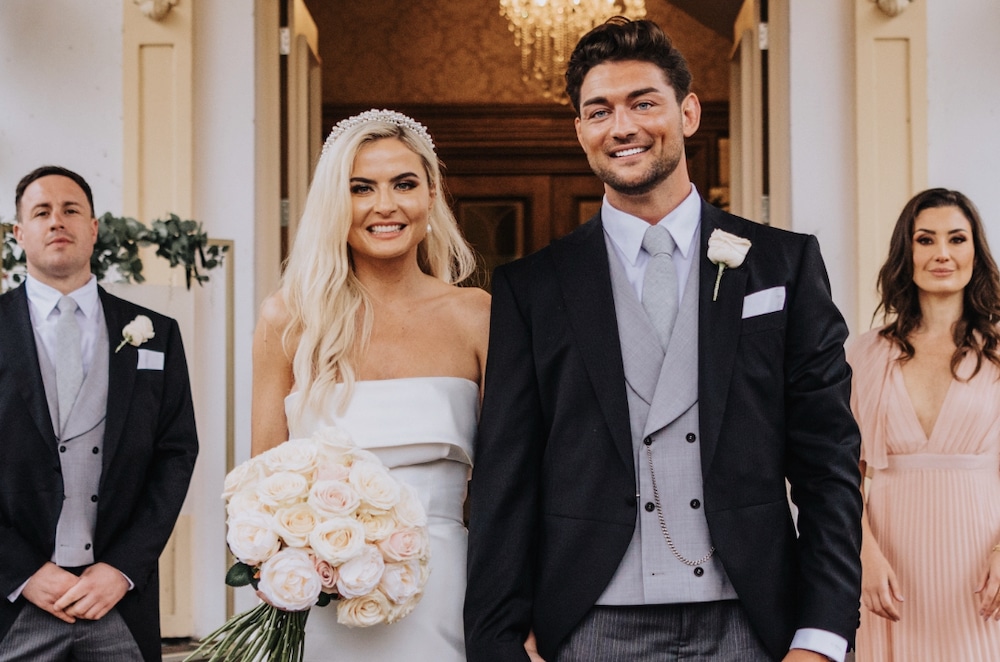 For a professional sportsperson, a career-ending injury is the fear they live with every time they enter their respective sporting arenas.

For many, that fear never comes to pass, but for County Armagh man James Sandford, it was a reality he had to come to terms with pretty quickly when his promising rugby career was cut short due to a dislocated fracture of the hip.

A career ended overnight; James was in his mid-20s and about to hit his prime. Around the same time he also suffered from a personal and traumatic loss, which affected him deeply.

The Kilmore man’s trajectory changed dramatically but having played professional sport in and around London – from misfortune came opportunity.

The former Royal School Armagh student is the founder of Atlas Sportstech – which is an application which allowing professional athletes to take their data and medical records with them anywhere in the world – it gives them control of ultimately what is already their own.  Not only this, but they have harnessed the impact sports icons can have on their fans and local or global communities in driving positive engagement around physical and mental well-being.

“What Atlas has done is created the world’s first vehicle for athletes to take control and ownership over their performance and medical data,” explained James.

“Athletes have an application in Atlas that is transferable across different clubs, and national bodies. So they have that constant. And actually, within the UK 78% of elite athletes aren’t registered with a GP practice. If they are, it’s not their GP practice now, as most of them use their club doctors.

“What that means is that if I was playing rugby on a Saturday, I get a nasty bump, I get certain therapeutic treatments or drug for example, they’re not linked to my NHS number. So, God forbid I have a car crash on my way home, all of a sudden you’ve got a major issue because the NHS, who are the first responders, don’t know that you’ve been given particular drugs which could then cause severe reactions to anything administered. So that was a big piece of what we do. So we’ve got a back end electronic patient records.”

This article first appeared in our NI Entrepreneur newsletter – powered by Armagh Jobs. Sign up here.

Atlas already works with major sporting organisations like Premier League champions Man City Football Club and the Superbowl winners, LA Rams, as well as a plethora of rugby clubs around the world. The company is also making big strides within the NBA and NFL in the US and the IPL.

James hopes the company can advance the product to enable it for use to the wider public.

“We’re looking at using the same technology we use for elite athletes all around the world to give your general population that technology, to shift the paradigm from primary care, being that of your GP, to more care at home and in turn helping lift some of the burden upon the NHS.”

The task is a monumental one but for James the ethos and reasons behind what he does is what drives him to achieve the ambitious goals he has set himself. Money, he says, is simply a by-product of the success of those goals.

“If people want to make money, or focus on money from day one, it’s never going to work,” said James, who has always been inspired by philanthropic endeavours. Atlas will donate 5% of its gross profit to charity.

For James, there was a synchronicity from the jump between the sporting and business world he now occupies. Professional sport helped open a few doors post-retirement, and although networking is key, it’s work ethic and a certain honesty that has propelled the 33-year-old to where he is today.

“Education wise, it stopped at the Royal in Armagh but my experience has all been around high-level business, for whatever reason. I work hard; I’m up at six o’clock in the morning, and my last call was 2.45 in the morning on Zoom. Don’t get me wrong, it’s long. But I’m enjoying what I’m doing on a meeting fantastic people.

“There’s a pureness to why I founded Atlas and that, I feel, makes a big difference, because even in new contacts that I make, they trust you almost off the bat, because you’re not just doing something to make a quick buck, you’re actually driving change from real world experiences that you have, or the people around you have.”

From this experience, James was introduced to a number of Hollywood executives; from there his story and the story of many other elite athletes, including the likes of Sunil Gavaskar, Denis Rodman, Amanda Nunes is being told through a 10-part series where James is an Executive Producer.

“I never pretend to be the smartest person in the room, I don’t want to be. I have mentors in different areas that blow my mind at times. I’m very fortunate to be working with them. But it just comes down to how you deal with these people. If you approach them in a very honest manner they will want to help you.

“There is no such thing as the wrong question. I’m overly curious and inquisitive about everything. If I don’t know what it is, and I’m on a call, I’m Googling while I’m on the call, or I’m asking the question.”

James says regular targets and regular personal and business goals are key to getting a foothold in your business but stressed it’s important to take time away from business.

“You can do amazing things just by focusing on the why and surround yourself with great people.

“Networking is huge; go to events, meet people. I was very fortunate because of rugby, I met some fantastic people whenever I was playing, commentating or just post-match meet and greets etc. That gave me that level of opportunity to network, even prior to my rugby career ending.

“Another way to look at it; if your strengths are in gaelic football or rugby, there will be people within your local club that have been successful in business, it might not be the business model area that you’re focussed on but get to understand how they got to where they are; how did they succeed and what pitfalls they went through? Because if you can learn the pitfalls and bypass those yourself, that’s massive, that will save you years and potentially a lot of money as well.”

While James has experience in dealing with C-Suite executives and putting together complex deals, acquiring funding for his projects has not always been an option – just like it isn’t for many new businesses.

Said James: “Funding is a challenge whenever you’ve only got an idea so you basically you want to try and bootstrap it as best as possible. So that means making personal sacrifices when it comes to having that extra takeaway or buying that new car.

“You can come from absolute nothing, but if you show the right work ethic, you know, people will follow you.”

And like many business owners James struggles with the art of delegation.

“For me, I like to be in control of things. So I struggled to delegate different areas of the business to begin with. And so that’s something that I’ve had to learn and, and I’ve had mentors, say, ‘James, you’re doing too much, give control of this over to someone else’, and of course, oversee it and be an escalation point.”

“That is important to realise and you’ve also got to reflect on where you’ve got to, because there will be lonely times, particularly if you’re starting out on your own. But you know, lean on people, and don’t be afraid to do that.

But for James, all this wouldn’t be possible without his new wife Natasha, who has been “a huge support” throughout the launching of Atlas, with the travelling and working on GRIT, all whilst working full-time herself.

“I think it’s also important that family and loved ones, who are there to help support and push us along to succeed, in whatever that may mean, are given the credit and thanks they deserve – it’s not just mentors.”