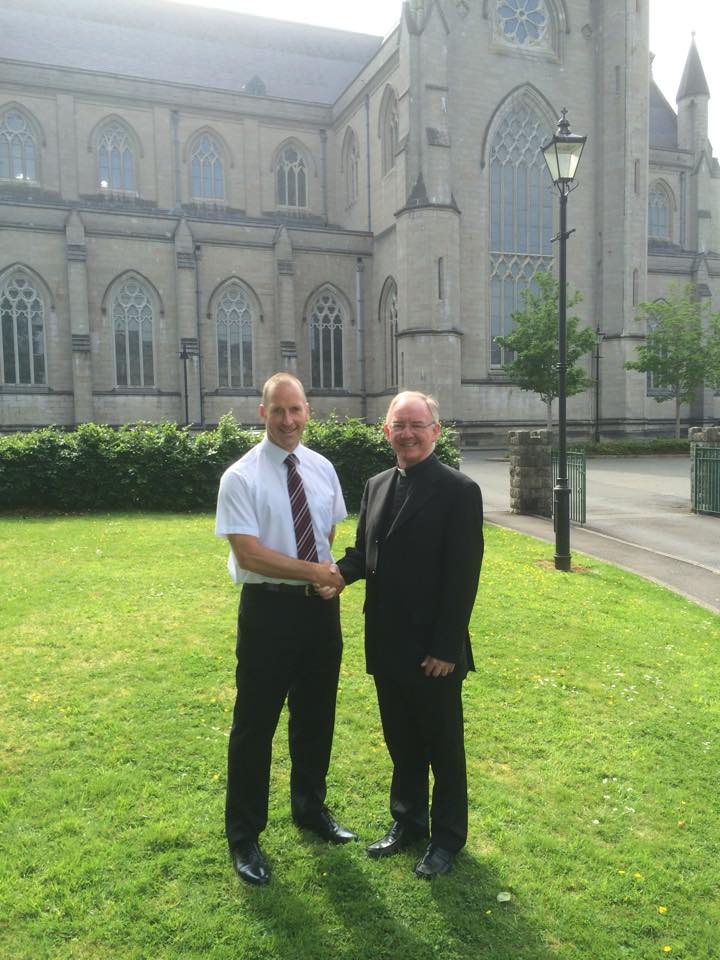 The new principal of St Patrick’s Grammar visited the school today as he prepares to take over at the helm.

Mr Dominic Clarke will take up the post at the start of the new school year.

He comes to Armagh from his role as headmaster of Sacred Heart College in Omagh.

He announced in April that he would leave upon his retirement at the end of the school term.

Fr Donaghy has played a very influential role both within the school and local community and has led the city-based school through some major changes.

He has been a popular headmaster with staff, parents and pupils.

Mr Clarke comes to Armagh at an exciting time in the history of St Patrick’s Grammar.

Now a voluntary grammar, the school is looking to the future and work is continuing to upgrade the school meals accommodation and conversion of the extensive former boarding accommodation into classrooms, a library, ICT rooms and a careers suite.

Today (Wednesday), Fr Donaghy welcomed his successor to the ‘school on the hill’.

The school, posting on social media, said: “We were delighted to extend a warm St Patrick’s welcome to our future principal Mr Dominic Clarke today.

“Mr Clarke met with staff and surveyed the fantastic progress in our extensive renovation.

“We look forward to welcoming him back in August and an exciting year ahead for St Patrick’s.”