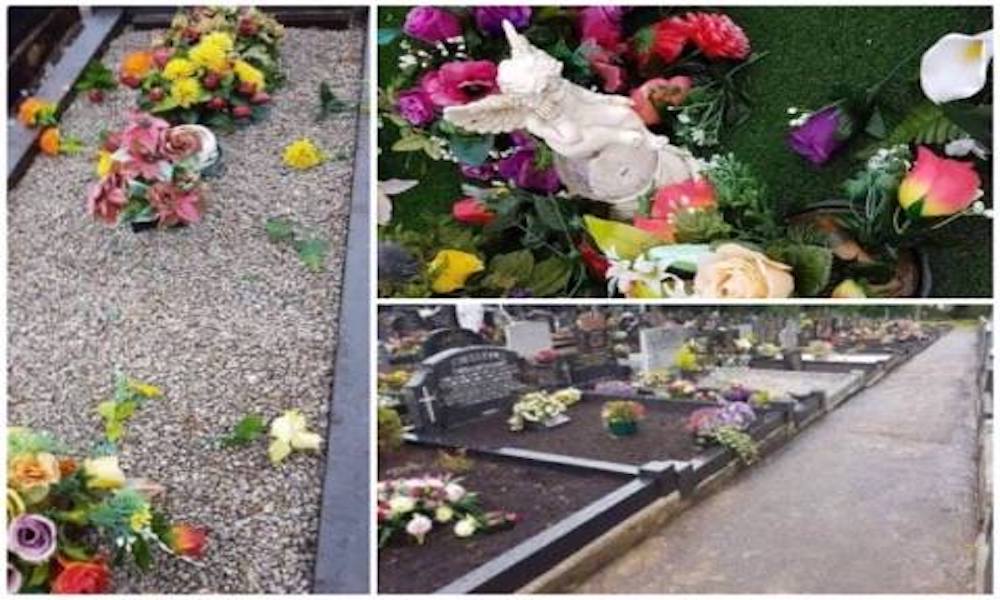 There have been calls for improved security around a city cemetery after fresh reports of vandalism over the weekend.

Armagh I recently reported how more than a dozen graves had been targeted, with relatives arriving to scenes of destruction at St Patrick’s Cemetery (main picture).

Flowers had been strewn about and grass ripped up, adding fresh heartbreak for families visiting the final resting places of loved ones.

Now there have been further reports of flowers having been strewn about.

One woman, whose parents are laid to rest at the cemetery, has hit out at those responsible and questioned what was being done to prevent such damage.

This is understood to have been the third time in recent weeks graves have been targeted.

The woman, who did not wish to be named, asked: “Why hasn’t somebody done something about the scum wrecking the graves on the Cathedral Road? Somebody out there knows who is doing this!

“I have been told that flowers and other items have been thrown off the graves. As I don’t live in Armagh it will be tomorrow before I get to check on my parents’ grave.

“Somebody out there knows who is doing this and they must come forward to stop it. This has to stop!”