'I have learnt more in this world trip than I have in my whole life. I ask nothing and I receive everything' 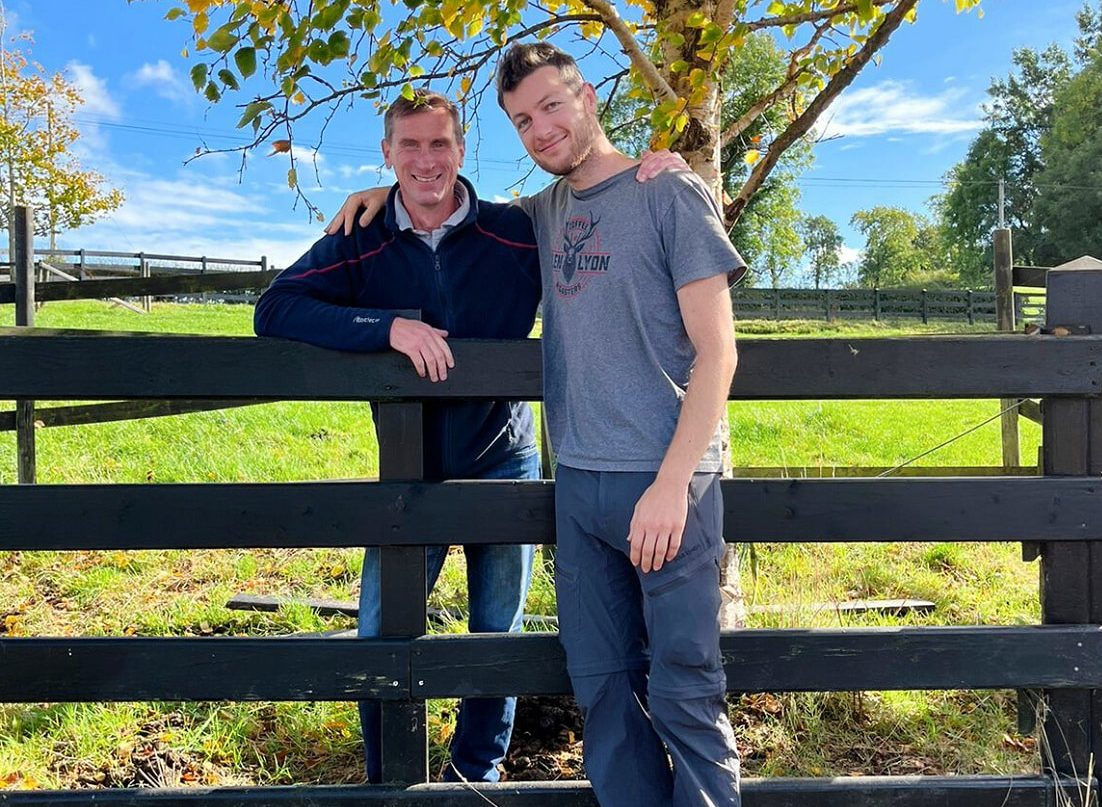 A Frenchman who is travelling  around the globe without money and relying solely on the kindness of strangers has arrived in Co Armagh.

Charles Attonaty is currently staying with the Zwecker family in Cormeen, just outside Killylea.

The 29-year-old usually sleeps in a tent but the family has offered him a room in their farmhouse, not to mention very welcome meals and a hot shower.

James Zwecker, who runs a transport business, said Charles arrived last week after staying with a friend of his in Magherafelt.

“There’s plenty of chat with him and he has been giving me a bit of a hand around the yard here too,” he said. “He has had some experiences. He’ll not ask for food or equipment. Even if the boots are worn through, he’ll not ask anyone. He’ll rely on someone seeing it and offering him a pair of boots.”

Charles, who is from Normandy, began travelling on July 27, 2020, in what was a spur-of- the-moment decision.

“I was meant to go on holiday to Thailand for three months but because of coronavirus I couldn’t fly,” he said.

“It was frustration. I took a rucksack and at 7.40 in the evening I just slammed the door. Even my parents didn’t know I was going.” Since then, Charles has split his trip into stages and is now on stage four.

Ay the end of the second stage, he had travelled to countries including Italy, Croatia, Hungary, Romania, Bulgaria, Turkey, Belgium, the Netherlands, Germany and Denmark.

After returning home briefly, he realised just how much he was enjoying travelling and decided to give up his flat, sold most of his belongings, and gave his food delivery company to his employee.

“Now I have nothing and I am so much happier,” he said. Charles has since travelled through England, Scotland and Wales and arrived in Northern Ireland in August, thanks to a free offer of travel.

Although he mainly hikes for hours every day, he has also been offered modes of transport ranging from a tractor, dog sled, sailing boat, steamboat, tank, and a helicopter (courtesy of a family in Northern Ireland who wanted to surprise him).

His personal set of rules means he does not ask for food or to sleep in people’s houses, and travels only with his gear, his passport and his “good energy”.

“People ask me where are you heading to or how many miles are you doing but for me that’s not really important. The most important thing for me is the intensity of the day,” he explained.

“In 2020, I was pretty sure the world was so bad and now I see humanity is still there.”

While he has endured some challenging experiences, such as sub-zero temperatures and long periods of time without food,  and found some countries more welcoming than others – he says Turkey is at the top end of the scale for hospitality and Northern Ireland is the best in the UK – overall, he has been overwhelmed by people’s generosity and the lengths they will go to to help him. And he has also been struck by the “synchronicity” of things that have happened or people he has met – what we here would call serendipity or it just being a ‘small world’.

“The world is only one country  and people are interconnected together,” he said. “I have learnt more in this world trip than I have in my whole life. I ask nothing and I receive everything. I  am making a world tour but I am making a tour of myself.

Although Charles doesn’t make plans and takes each day as it comes, he will probably head to the Republic of Ireland next.

As for returning to any of the countries he has visited, he said: “I think I will come back to see the people who have helped me after my world tour.”