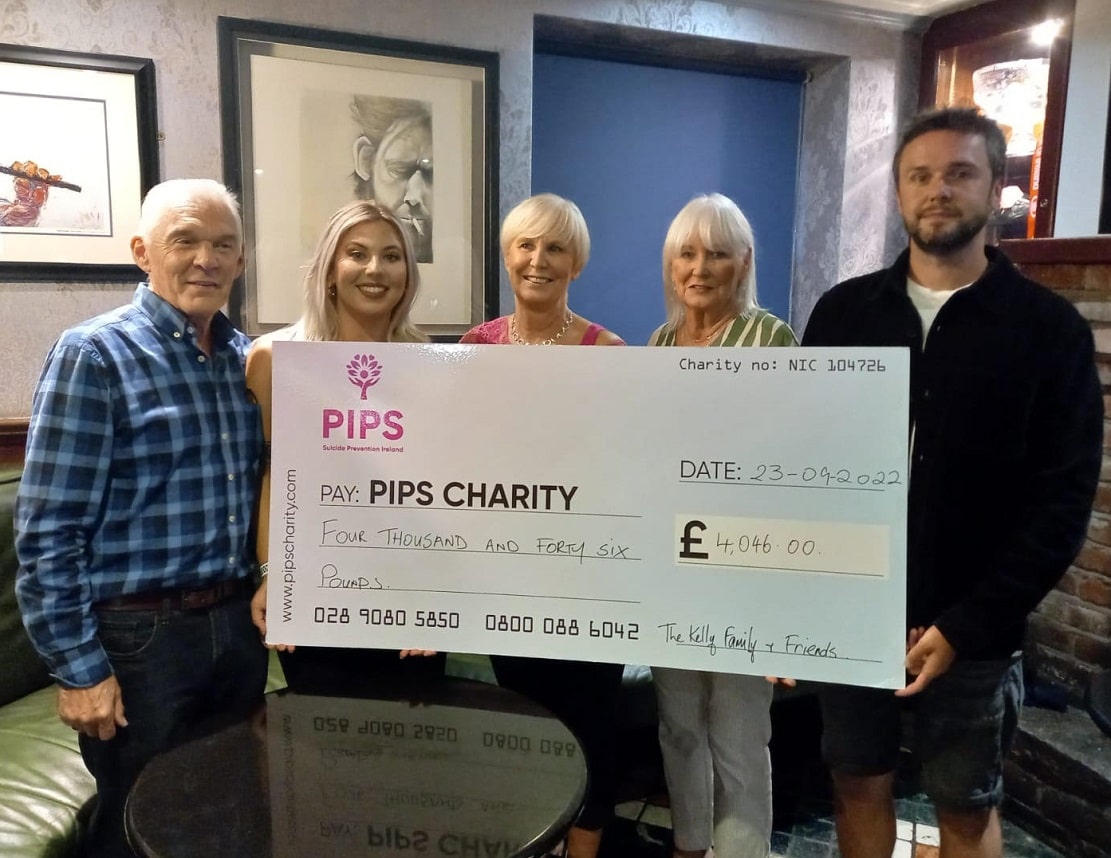 The family of a man who drowned in Navan Quarry have held a get-together in Red Ned’s Pub as a tribute to him and everyone who raised money for charity in his memory.

Keith Kelly, who lived at Ogle Street in Armagh, was found in the water on the afternoon of Sunday, April 24 but sadly could not be saved.

In July, his nephew Jamie Kelly and girlfriend Emma White completed the Lisburn half marathon to remember Keith and raise money for charity PIPS (Public Initiative for Prevention of Suicide and Self Harm).

Said Jamie: “We ended up raising over £4,000 for PIPS, one of their top fundraising campaigns of the year,  and as a closing gesture, we hosted a get-together in Red Ned’s Pub in Armagh last week.

“As a family, we would like to take this opportunity to thank all those who supported us in the wake of Keith’s tragic and untimely death and contributed so generously to the fundraiser.

“We have been humbled and amazed by the amount raised – £4046 – in Keith’s name. It is a fitting tribute to a beautiful brother and uncle.”

At Keith’s Requiem Mass in St Patrick’s Cathedral, Fr Barry Matthews said many people had spoken with great fondness of Keith, of his “great sense of humour and his encyclopaedic knowledge of music”.

“He worked for many years with the homeless community here in Armagh, work which truly touched the hearts of those less fortunate than ourselves,” said Fr Matthews.

And he also referred to the “great care” which Keith had given his mum Maggie over the past 10 years.

In a tribute read at the funeral by Keith’s family, they described him as “a beautiful, sensitive, young man who found the stresses of this world hard to bear”.