ABC Council might have to explore alternative options to proposed hotel 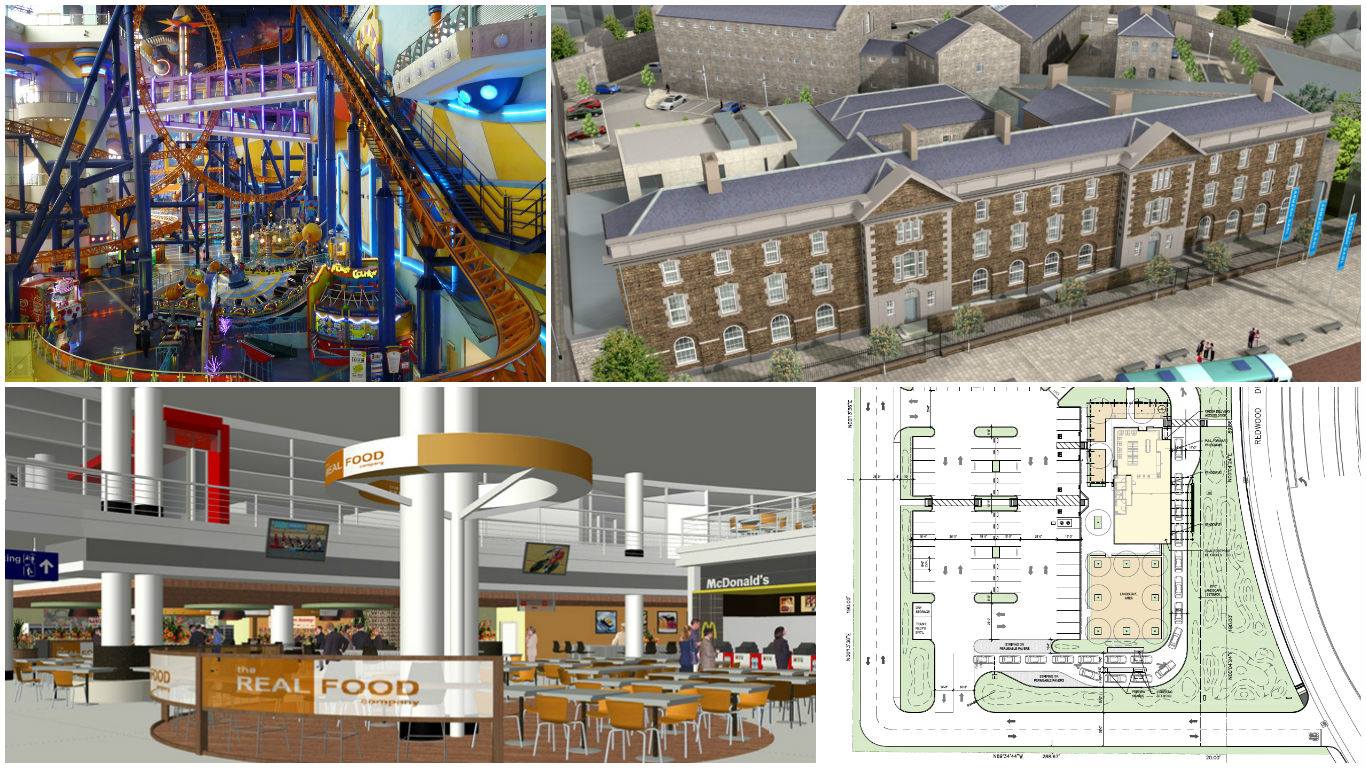 Armagh could become the first location in the UK for a new children’s entertainment ‘village’ with a full range of fast food outlets and state-of-the-art indoor play park under one roof.

The development – which would see the arrival in the city of McDonalds, Burger King, Pizza Hut, Nando’s, Five Guys and Harry Ramsden’s – could go ahead in the former Armagh Gaol.

All have been approached and given a tentative ‘yes’ to the proposals – if the plan proceeds.

A new licensed restaurant – as yet unconfirmed – is also a possibility. It is understood Wetherspoon’s had been approached but has turned it down.

The new eateries would be very separate establishments and maintain their very own distinctive brands. But the seating area for dining would be central and to the front of the Gaol, which would allow friends to choose from their favourite and still sit down to eat together.

It is also hoped that a drive-thru system can operate, with several hatches featuring in Georges Street, a new one-way system allowing them to place their order and exit via Langs Crescent and on to the Newry Road.

Children’s play activities – including thrills and spills for the youngest ages, adventure course for the late primary/early teen and amusement arcade style games – will feature in a separate area to the rear of the site.

Parking will be enclosed in the yard.

The new proposals come after recent revelations that the ABC Council might have to explore alternative options if funding for the new luxury boutique-style hotel is not in place by December.

That brought renewed interest from a range of potential developers who had lost out to the Trevor Osborne Group and Prince’s Regeneration Trust to secure the future use of the listed building.

The former women’s prison has been linked with a range of possible projects over the years.

Armagh I can now exclusively reveal that a new American company has proposed this ‘all in one’ centre for kids of all ages – and it would appear to be a firm favourite and the most advanced in terms of an alternative use.

Some of the company’s directors visited when the competition was opened to find a preferred developer. At that stage, the interests also lay in creating a hotel and retail development, but the bid was unsuccessful.

That company has since taken a new direction and – under the branding of Laris Food & Play – it is waiting in the wings to submit fresh plans.

Laris is a boy’s name – derived from Latin – which means cheerful. And that will be the idea behind the plans – it will represent a ‘one stop shop’ for kids of all ages to enjoy various play activities and then tuck in afterwards, with a full range of choices available.

Officials will return to Armagh today (Saturday), April 1, as part of a further scoping study and to assess the overall suitability.

Eoghan Lee Sturrin, an American businessman of Irish descent, is heading up the development.

He told Armagh I : “We would be very interested in pressing ahead if the chance arises. This is something entirely new and unique and will bring many visitors to Armagh.

“We have all the players on board – most have said if it’s good to go then we’re in – so we are hoping it will be received positively if the Gaol does become available again.

“It would also bring hundreds of new jobs to Armagh and give the city a unique selling point.”

We will bring you more on this story later in the day after this morning’s visit.