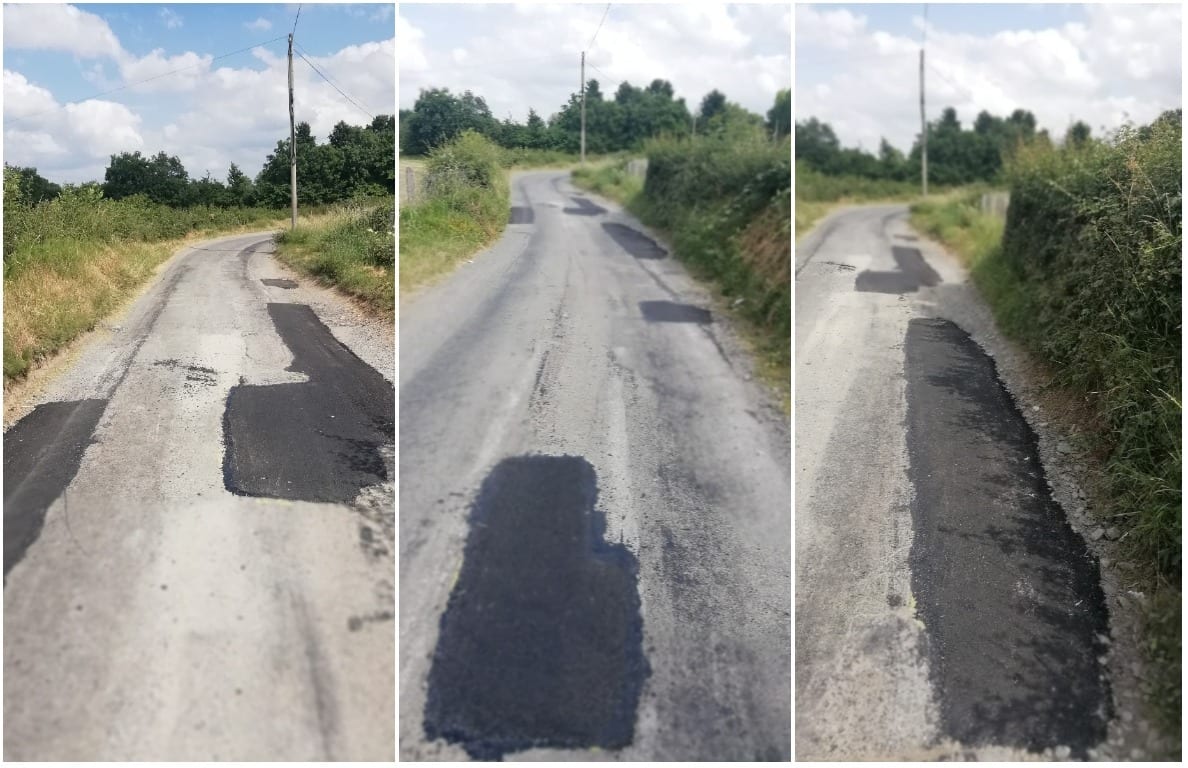 Harold Wilson once said a week is a long time in politics.

Well if that’s the case, 12 hours is an even longer time in roads maintenance!

For that is all the time it took since Armagh I highlighted the state of the Baltarran Road until something was done.

On Friday morning, the yellow truck once again trundled down the road and put the ‘tar’ back in Bal-tar-ran and all was once more good with the world!

In May, Armagh I highlighted a huge crater on the Redrock Road fit to accommodate a man lying flat, arms and legs outstretched, and within hours it was fixed.

On Thursday, we highlighted the state of the Baltarran Road, which runs between the Monaghan Road and Killylea Road, and the dreadful state it was in.

Adrian Quinn, who lives along that stretch, had previously filled potholes with stones but these had worn away.

Deep crevices had been painted around in yellow after the condition deteriored further during the heavy snows of earlier in the year.

But the road has been crumbling for much longer than that – several years in fact!

Mr Quinn on Thursday had said: “It is getting to be impossible to pass. There is only four feet six inches of road remaining  – it must be the worst public road in the whole of the UK and Ireland.

“This road has been like this for three years since we built our house and moved here.

“It’s like an unapproved border road from the 1970s! Something needs to be done!”

He was right. Something did need to be done. And done it was!

It would appear that the ‘pothole police’ have been following Armagh I again and sprung into action!

Mr Quinn is delighted and contacted us again to thank us for the support.

On Friday morning the road had been put right.

He said he had counted numerous potholes and a multitude of patchwork holes over the years”, branding it “brutal conditions”.

He hopes that those with responsibility will ensure it is regularly checked and maintained to prevent any further danger to road users or damage to their vehicles.

“You have to pay £90 every 12 months to government for MOT to see if your lorry, van or car is road legal,” he said.

“But has anyone ever thought if the roads are legal for your vehicle?”

Good point well made we think…