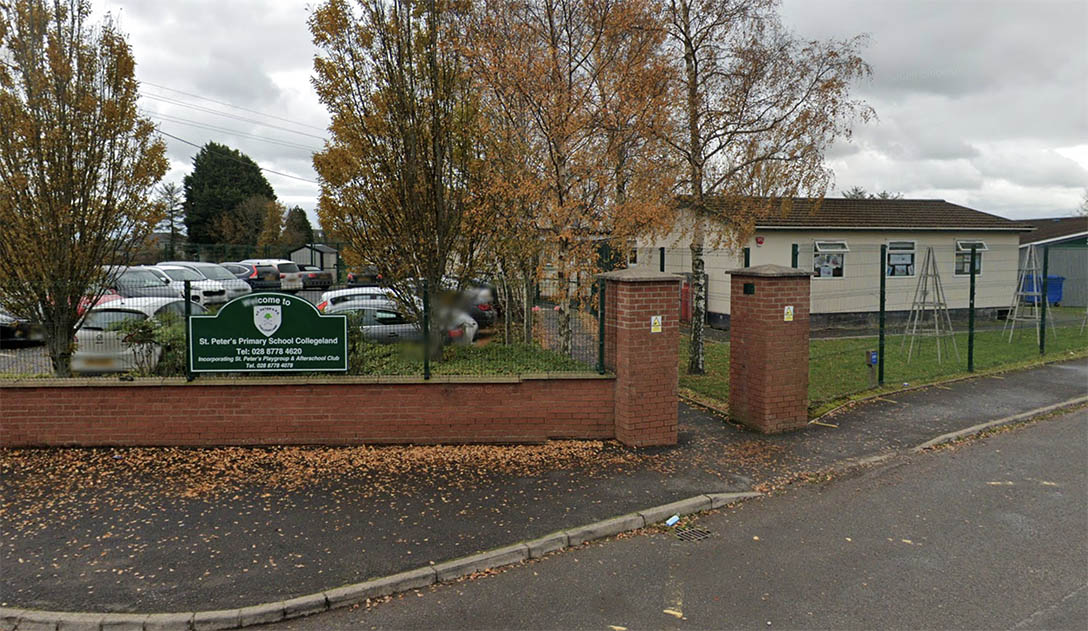 A Co Armagh primary could be demolished with a state-of-the-art replacement school built to ensure the needs of the community it serves are met well into the future.

St Peter’s Primary School Collegeland on the border of Counties Armagh and Tyrone.

Now, the school – after the earlier submission of a pre-application notice – is seeking formal approval for a new school-build at its address at 90 Collegelands Road, Charlemont.

If approved, the current accommodation would be demolished. And in its place would be built a new five-classroom primary school, complete with associated vehicle access, car parking and grass play areas.

The new school facilities would have a floorspace close to 2,000 sq metres.

According to a design and access statement, the development will see the construction of a purpose-built replacement.

It states: “The proposed development consists of a five-classroom school with approximately 1,925 sq metres of accommodation.

“The proposed school is to be built for 155 pupils, with an access road constructed along with parking spaces and a drop off point, as well as play areas and sport pitch.

“The proposed development is to be constructed in three phases.

While the school would have five classrooms, there would be the potential to extend provision to seven moving forward.

According to the submission to council 153 pupils enrolled, St Peter’s Primary School currently has six teaching staff and 11 ancillary staff.

This is not expected to change, as the application confirms: “It is understood that the new primary school will have the same capacity for pupils and staff as the existing school, albeit, the existing school has been extended since its opening with temporary buildings added in recent years to accommodate the current number of pupils attending the school.“

The pre-application notice and consultation was carried out during the summer. Councillors were notified and the public given the chance to have their say but “unfortunately no responses were received”.

At that time, it was emphasised that the application which has now come forward refers to the construction of a new-build primary school, but the playgroup premises on site will be retained and relocated.

The proposals are now due to be publicly advertised shortly, with neighbours notified and a decision returned in due course.