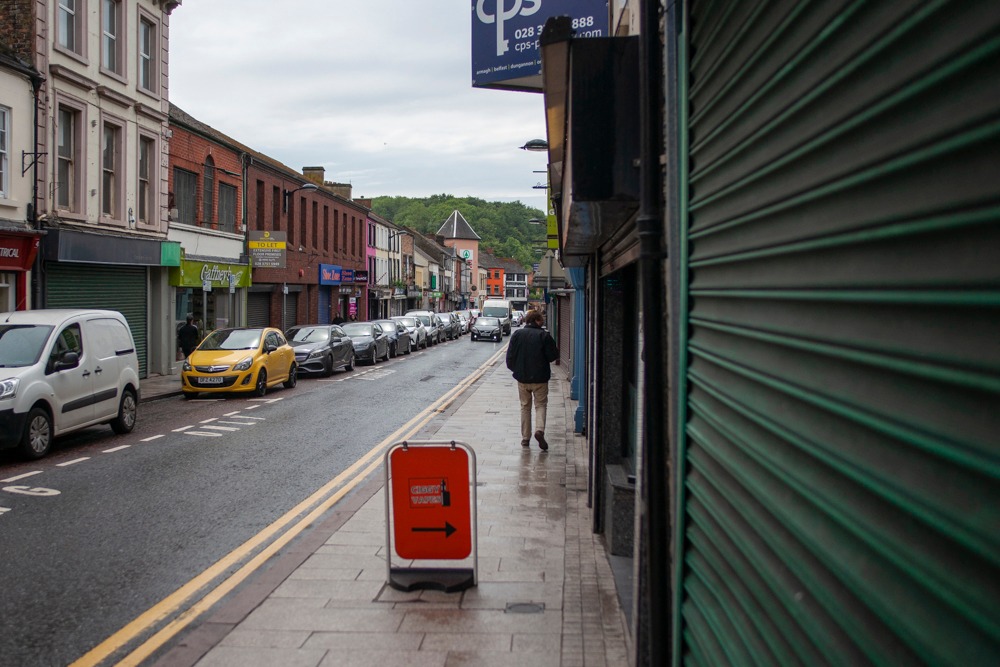 Sunday trading hours could be relaxed for all businesses with an extension allowed to help claw back losses suffered as a result of the most recent circuit-breaker.

With Christmas just over two weeks away, many have lost a lot of trade which they can ill afford at what should be the busiest time of year.

And they have been asked by some to allow this to continue until mid-January.

The issues is due to come before a meeting of the council’s economic committee tonight (Tuesday).

Ordinary, large retail stores of over 280 sq metres floor area – such as large standalone supermarkets without fuel pumps on the same site or department-type stores – may open for trading on Sundays (except Easter Sunday and Christmas Day) between 1pm and 6 pm for sale.

Stores under this size may open on a Sunday for trading hours of their choosing.

During the early days of regulations restricting the opening of the essential retail sector in April 2020, an approach was made to council by large food retailers to consider a more flexible approach to the application and enforcement of the Shops Act.

Following discussions with Party Leaders in April 2020, it was agreed that council would informally ‘permit’ earlier opening hours from 10am. This was agreed in response to coronavirus crisis, to facilitate additional access to food provision whilst restrictions remained in place, to support retailers in the management of people attending stores, especially in higher density population areas and to avoid large numbers of people in a queue, which stores were using as a means of controlling access and social distancing.

Trading on this basis has been undertaken by a small number of larger supermarkets.

However, additional requests were received during the period of the November restrictions for a range of dates until December 27.

And the Department for Communities has also asked all councils in Northern Ireland to consider this ‘relaxed approach’ during the pre-Christmas trading period.

A report to the economic committee explains: “Retail provision has been restricted for non-essential shops and therefore this restriction is impacting on the time-frame for shopping.

“The matter was further discussed at the Party Leaders Group Forum on November 18, and it was agreed that large food retailers could avail of longer trading hours on a Sunday, opening at 10 am from Sunday, November 22 up to and including December 20.

“Much of the rationale for the original decision remains in place during this ongoing pandemic period.

“However, there have been requests to other councils from the Shop Workers’ Union who are not in favour of the extension of Sunday trading hours.

“Further requests have now been received from other sectors of retail requesting the same dispensation as that afforded to food retailers.

“Such requests have come from large sportswear retailers, home goods and accessories and from the management companies of shopping centres/destinations across the borough, with some seeking additional opening hours through to mid-January.

“These requests must be balanced alongside the needs of shop workers, other smaller retailers and the need to return to normal legislative constraints within a reasonable period of time.

“It is also important to enable management of influx of people at this time where restrictions have limited the opportunity to access retail stores in the Christmas period.”

The committee is being asked to permit the facilitation of longer Sunday trading hours during the coronavirus pandemic for larger food and non-food retailers up until December 27, to manage the influx of people when the restrictions are removed.

And it is also being asked to give delegated authority to the Chief Executive Roger Wilson to make decisions on the matter as time will be particularly important in the diminishing festive shopping window.