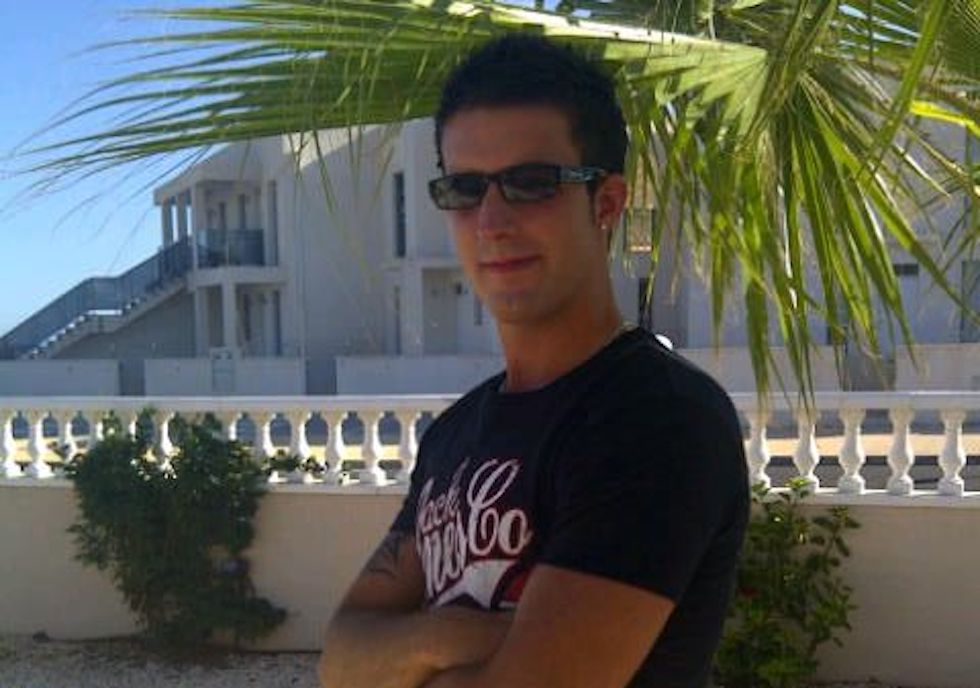 The inquest into the death of a young Armagh man heard from the consultant who spent 45 minutes desperately trying to save his life.

Dr Raymond McKee told Coroner Suzanne Anderson, presiding over the inquest into Peter McAneney’s death, how the “young and fit” 21-year-old “had held on so long”.

During the third day of proceedings Dr McKee, who was the last person to care for Peter in the Intensive Care Unit, told the court how he was the on-call consultant in Craigavon Hospital on May 10, 2012.

He told Coroner Anderson that around at 5.45am that morning, Peter was transferred to the ICU because of low oxygen levels in his blood.

A tighter oxygen mask was placed on Peter but this, he said, did not lead to any improvement in his condition.

Peter was subsequently sedated in order that a tube could be passed down his throat and into his lungs, to help with his breathing.

When this was completed, fluid was observed in the tube, and Dr McKee stated that drugs were then given to Peter to help alleviate this issue.

Peter then went into cardiac arrest but was successfully resuscitated after approximately five minutes.

Dr McKee then told the Coroner how he performed surgery to remove fluid around Peter’s heart, however, once more the 21-year-old went into cardiac arrest.

He attempted to resuscitate Peter for a period of around 45 minutes but at 9.22am on the morning of May 10, he ceased his attempts.

Dr McKee stated that in all likelihood Peter’s problems with his breathing were because of the fluid around his heart.

He said that although Peter required both respiratory and cardiac assistance, the first thing that needed to be dealt with were his oxygen levels and breathing.

Dr McKee stated: “I remember Peter very well; I remember the room he was in, I remember what he looked like and I remember being very concerned about whether he would live.

“This was a young man who had held on so long, whose physiology looked okay because he was a young and fit man.

“He fought until everything decompensated rapidly; it would have been very, very difficult to have prevented this.

Dr McKee insisted there was “nothing more” that he could have done, even if he had of been afforded more time.

He said the removal of fluid from around Peter’s heart was only conducted when it “reached the point of salvation”.

Barrister for the family, Thomas Fitzpatrick, said: “The family extend their gratitude for the tremendous treatment from the ICU which Peter was afforded.”

It was heard that because Peter’s heart was not working as a pump for blood and that this is what led to fluid getting into his lungs.

Dr McKee said that there was no way of removing the fluid from his lungs and that drugs would have only helped the symptoms.

He described seeing the fluid in the tubes as “deeply upsetting, but not surprising”.

When asked about referring Peter to specialists, Dr McKee stated: “Peter became so unstable, so rapidly, that he was never at a stable point when we could talk about a referral, or dealing with the underlying issue.”

Barrister for the Southern Health Trust, Aiden Corrigan, questioned Dr McKee on the possibility of using an ECHMO machine, which offers prolonged cardiac and respiratory support.

Dr McKee outlined that this machine was not available in Northern Ireland, with patients who required it having to be transferred to either Dublin, or to England.

He said that this was not very common, with him only having been involved in one such transfer in the last year.

Mr Corrigan highlighted that in the notes from 9pm and 12am on May 9/10 there was nothing which said Peter required organ support.

Next to give evidence was Dr Raj Thaman, a cardiology expert, who appeared via videolink.

In his report he attributed the cause of Peter’s death to be the result of either hypersensitivity myocarditis, caused by a drugs or allergy reaction, or acute necrosis myocarditis.

The latter of these being idiopathic, meaning that the cause is unknown.

Dr Thaman stated that it could not be ascertained what substance would have caused a hypersensitivity reaction.

The Coroner’s barrister, David Sharpe, questioned whether Peter would have survived if he had been transferred to a specialist centre.

Dr Thaman said: “It is unlikely that the centre would have any experience of this condition, it is very rare.

“It is unlikely, on the balance of probabilities, it was such a short time scale for him to be diagnosed, to the time he passed away.”

He added that the mortality rate for this type of myocarditis was over 50%, even with the benefit of treatment.

“By the time he deteriorated Peter would not have been fit to travel, it is exceptionally rare to see someone deteriorate in the way that Peter did.”

Dr Thaman added that in the 10 years consulting he had never experienced a case like this, but through research, had seen that in many cases diagnosis is not made until it is too late.

Mr Fitzpatrick questioned that had Peter been showing these signs of this condition should he not have been sent to a specialist for a biopsy to confirm his condition.

Dr Thaman stated that whether that would have been carried out in time was in question and that the only thing that could have bought time was an ECHMO machine, which was not at the nearest centre.

Mr Fitzpatrick highlighted that an MRI had been requested by staff at Craigavon Area Hospital and asked Dr Thaman if this would have any benefit.

Mr Fitzpatrick questioned: “Is this not evidence that these doctors were out of their depth and that they should have contacted a regional specialist?”

Mr Corrigan retorted: “Is it not the case that these specialists would not have any more knowledge of this condition and unfortunately there is no ECHMO available in Northern Ireland.”

Dr Thaman said: “They would have needed ECHMO to support Peter for weeks to give time for the condition to get better by itself.”

Following lunch recess, Mr Sharpe recalled Mrs McAneney to give an account of the rash which Peter had contracted shortly before his death, for the benefit of the remaining witnesses.

She described the rash as being “reddish” from his hands, and up his arms to his shoulders.

Mrs McAneney could not account for the darkness of the rash but commented that Peter had been fatigued and nauseous.

She highlighted that it was first noted by Peter’s sister on April 27, she had observed it on April 29 and after attending with Dr Reddy on May 2 he had attributed it to an allergic reaction to iodine.

Mr Corrigan pointed out that according to notes from the Emergency Department no rash was observed on May 6.

Mr Fitzpatrick commented that all examinations carried out on Peter related to his chest and that doctors were not looking for a rash.

Mrs McAneney stated: “To the best of my knowledge they were not looking for a rash; we tried to say to them that Peter had just been out of surgery. We were concerned about knock-on affects but they were only concerned with the current situation.

“Although it was a routine operation it did have post operation complications.”

Next called to give evidence was Dr Neil Bailey, an expert Ear, Nose and Throat (ENT) consultant, who specialises in the ear.

He asserted that all the notes of the mastoid surgery carried out on Peter fell in line with accepted practice and confirmed that BIPP (iodine) pack was the standard used packing substance.

Dr Bailey confirmed that patients who had been in contact with the substance on more than one occasion, as was the case with Peter, were more likely to have a hypersensitivity reaction.

However, he highlighted that in the last ten years he had only experienced one patient who had a reaction to BIPP.

Dr Bailey said that in his experience this would only appear where the BIPP packing had come into contact with the skin and this often looked very similar to an infection but would happen much quicker.

When shown photographs of Peter’s ear, he concluded that it appeared to be a combination of both a reaction and an infection.

Dr Bailey stated that the allergic reaction was to iodoform within the BIPP pack but it could not be said that Peter was allergic to iodine.

He added that the rash on the arms and hands was not something he had seen or read about in relation to this type of reaction.

The family had previously raised issues over whether Peter had given consent to have a titanium prosthesis to be placed in Peter’s ear.

Dr Bailey brought an example of this to court. He said that it was probably the most common material used for this type of surgery.

He commented that in terms of consent most doctors view a revision mastoid surgery as an “umbrella term” with one aim being to improve hearing.

Dr Bailey stated that if Peter had been closed up he would have had impaired hearing for six to nine months before another operation could be done and that scaring could have made this unfavourable.

He said: “In practice, reactions are as common as 1 in 10; it is probably incumbent on us to inform revision patients, there was no way of saying Peter was allergic to iodine – but iodoform, possibly.

“The family should have been advised as such.”

Mr Fitzpatrick questioned if Dr Reddy’s decision to change the antibiotics, which Peter had been taking, was accepted practice.

Dr Bailey stated: “He should not have changed the antibiotics, it was more appropriate for him to stay on the one he was on.”

When asked about Dr Reddy’s decision to remove part of the BIPP before the rest, Dr Bailey commented that it would not be his practice but colleagues had informed him they would have followed this same procedure.