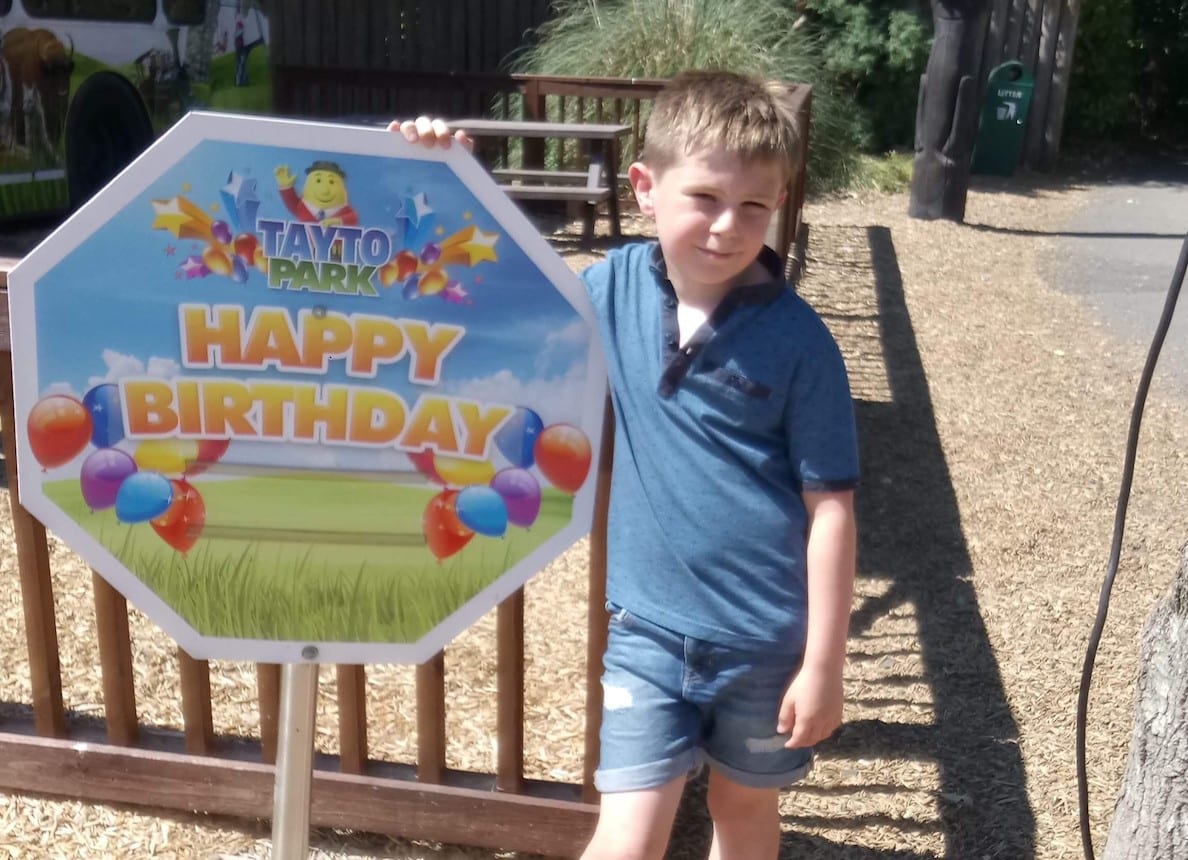 Alex Tavey and family had a great day at Tayto Park after an iCare Wish was given.

Ten-year-old Alex Tavey and his family from Co Down touched the hearts of everyone in attendance at the Spirit of Northern Ireland Awards earlier this year.

Having attended the evening as one of the Awards sponsors, staff from Milford-based Homecare Independent Living, who also happen to be iCare Committee members, wanted to treat Alex and his family by delivering an iCare Wish – an act of kindness.

Described by his mum Martina as “her little superhero”, 10-year-old Alex demonstrates maturity beyond his years in his devotion to his younger sisters and brothers.

Four-year-old twins Zoe and Ruby and seven-year-old Paudie deal with a number of complex medical issues and, as a result, require additional support and around the clock care.

In order to help his mum care for his siblings, Alex gave up swimming and football and spends his spare time helping Paudie with his homework and playing with the twins – an inspirational boy!

Speaking about the iCare Wish, founding member Janine Smalls said: “We were so inspired by Alex at the Spirit of NI awards. iCare wanted to celebrate Alex and treat his entire family with a day of fun.

“Having spoken with mum Martina, she mentioned that Tayto Park would be a big hit with the children – an iCare Wish was granted – a trip to Tayto Park for the entire family, with extra help to ensure everyone had a fantastic time with an evening meal and overnight stay in a local hotel to round off the celebration.”

Mum Martina said: “We all had a really brilliant day, this coincided with Alex’s birthday, so it was a lovely birthday treat. We can’t thank iCare enough”.

Based in the Gatelodge in Milford, iCare is dedicated to delivering acts of kindness to improve the lives of individuals, groups and communities across Ireland.

Everything iCare does is designed to lift hearts, do good and make a real difference.