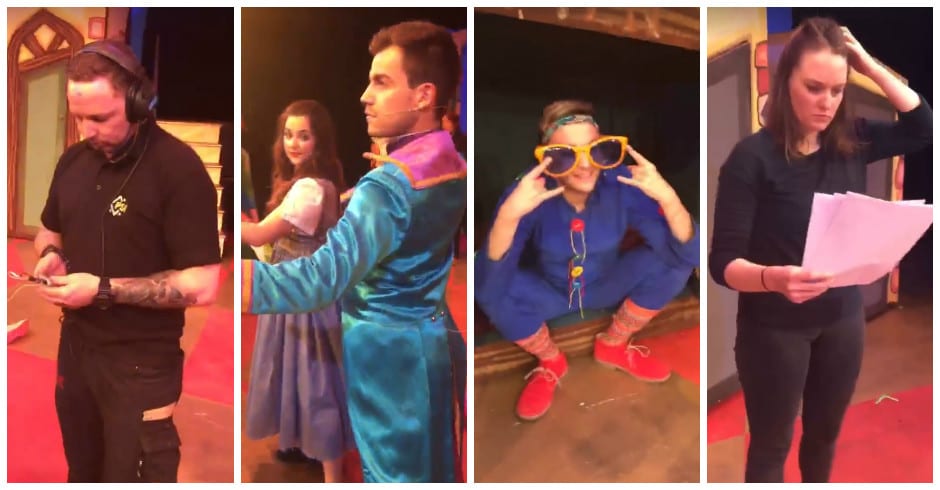 The final dress rehearsals have been completed and now it’s time for the show.

The cast of Cinderella have been putting in the final touches ahead of their 20-show Christmas pantomime at the Market Place Theatre in Armagh.

The show kicks off today with the first showing at 11am.

But last night, the cast and crew did their own version of the Mannequin Challenge, posting to their Facebook page with the message: “Need to get a move on guys! We open to the public tomorrow! Break a leg!”

We at Armagh I echo that sentiment and wish everyone involved good luck!

To find out more and book your tickets, just click here.