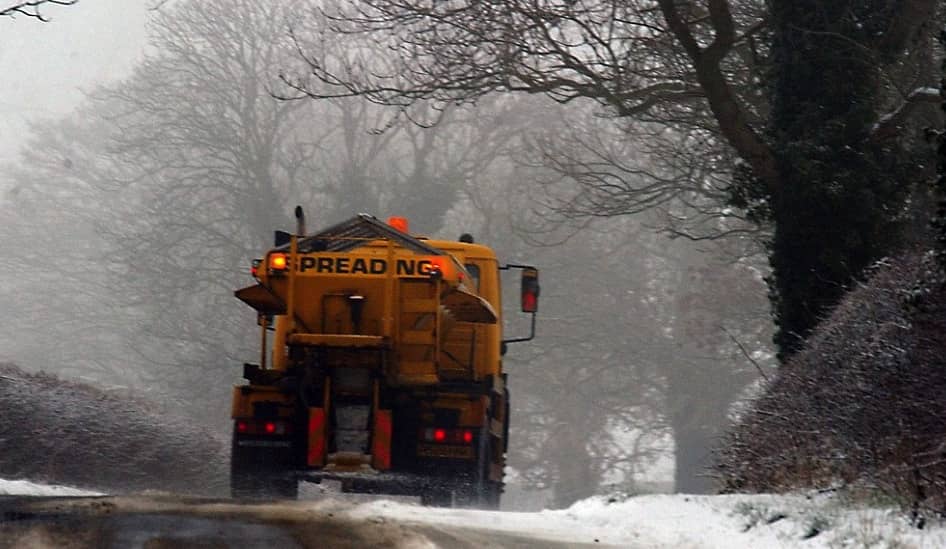 A campaign to have all school bus routes gritted has been launched this week.

The petition, set up by MLA Justin McNulty, comes after a number of incidents across the area this week.

One parent on the Clea Road outside Keady lost control of her car on an unsalted road but fortunately there were no children in the vehicle at the time.

“Parents and school staff are at their wits end in many of our local primary schools as we face into another winter of disruption caused by frosty mornings and unsalted roads,” explained Mr McNulty.

“This week I have received calls, texts and messages from parents who believe they are taking their lives in their hands as they venture out onto rural roads to take their children to school. I have heard harrowing reports of near misses and examples of how some parents escaped with their lives.”

‘The Infrastructure committee heard from officials last week about their plans for the winter months ahead, but they have not considered adding any further roads to their schedule.  They only grit roads which have 1500 vehicle movements a day. This is an unrealistic target for many rural communities.

“We have a large number of rural schools in this community and many are unreachable for parents on mornings where there has been frost or snow.  Better still, many bus drivers are refusing to even attempt some roads because of the lack of salting and understandably so.”

He continued: “This week alone I have been contacted by parents and staff at schools right across this area seeking action.  Some areas were included on a ‘Secondary Gritting’ list by the then Regional Development Minister Conor Murphy and whilst I understand this was an attempt to resolve some of the worst areas it amounts to nothing more than second class treatment for rural communities.

“It’s too inconsistent, it means a road can be treated one morning and not the next, it means some areas get salted whist others do not.  It is appalling and local communities are demanding action.

“Chis Hazzard is the Infrastructure Minister and I am calling for him to personally intervene. He needs to abolish the 1500 vehicle movement test and replace it with a guarantee that all school bus routes are salted.

“No policy should treat rural communities and rural schools as second class citizens, and furthermore this cannot be looked at in pure monetary terms.  What monetary value does the Department and Minister put on the life of a child.  I really fear that we will not see action until a child loses their life, and then it will be too late for that family.

“I am pleading for the Minister to take action and have launched a poster campaign and petition calling for him to do so. This is not just confined to Newry and Armagh. This campaign is for every constituency and is to ensure every community across the north is protected.”