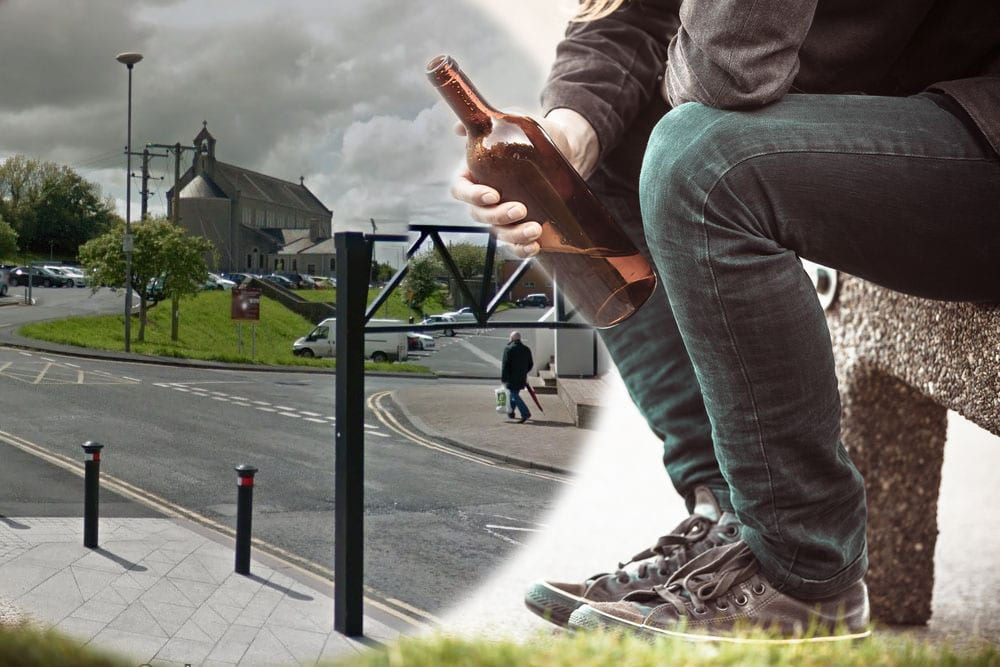 City centre shop owners in Armagh are calling on the PSNI and ABC Council to take action to stop the car park at the rear of St Malachy’s Church being turned into a ‘no go’ area.

One businessman said he had warned female members of staff not to walk down the steps but to take the long road round as a result of verbal abuse allegedly being levelled at some this week.

Armagh I highlighted the issue of anti-social behaviour once again last week after the discovery of two used needles in the car park.

The area to the rear of St Malachy’s – the free car park – and the paid park at the lower level have long been used from morning to night by those congregating to drink alcohol, contrary to public bylaws.

Business people have found the situation has worsened in recent times, particularly after more robust action by the PSNI at the Mall.

An episode was reported to police, according to the businessman, who said eight or nine had gathered on the steps linking the upper and lower car parks and alleged they were “giving abuse to people at nine o’clock”.

“I’ve contacted the police and they said they will have them moved on but you know it won’t stop.

“Between that and the heroin needles they found there the other day it’s becoming unbearable.

“People are not safe in this town and the PSNI and council are doing nothing about it.

“The behaviour on the steps some days is disgusting. The people who are supposed to take care of this town and the people in it are not. It’s nice to know our taxes and rates money are going to good use!”

This week it was announced that £6.3 million would be spent on restoring buildings in Armagh to bring them back into productive use.

But this businessman warned that it would be a waste of time and the city centre commercial community would continue to suffer and haemorrhage trade unless the issue was tackled effectively.

He added: “I’ve talked to a couple of different business owners and we are all on the same page – the council and police need to do something about this once and for all.”