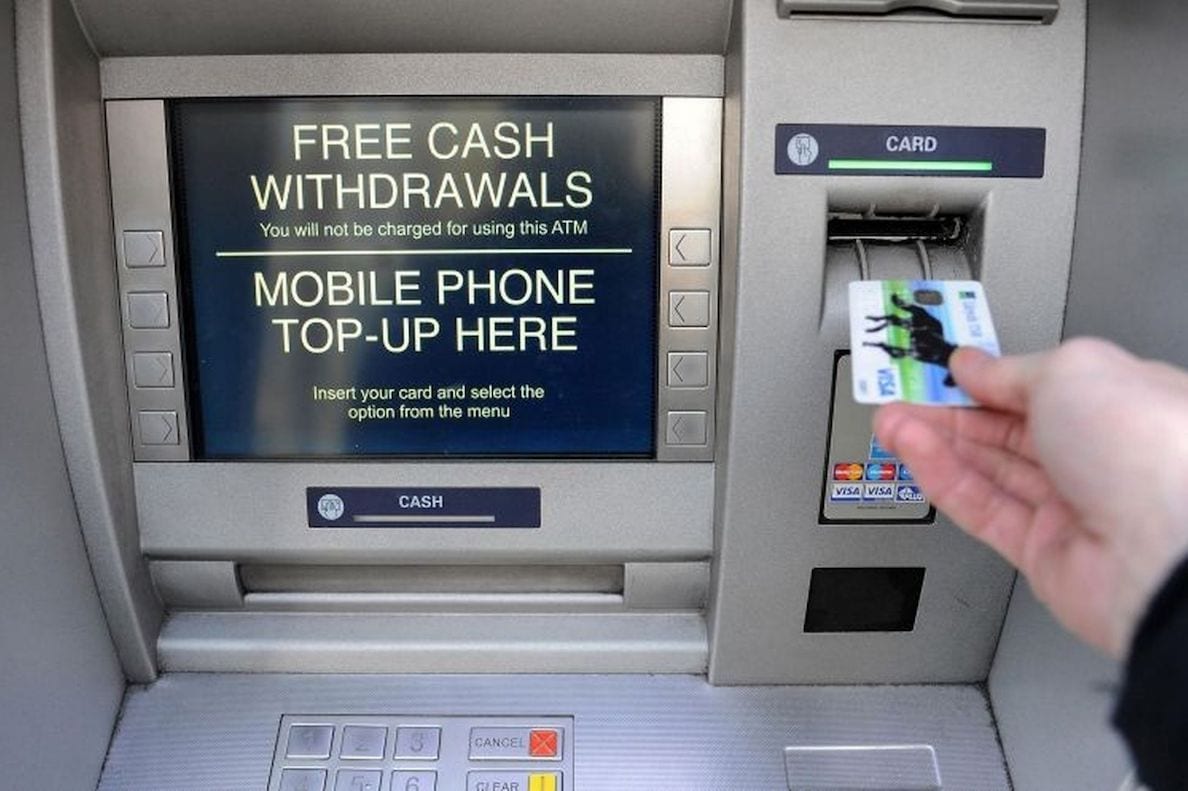 Three teenagers from England, who have appeared in court after a spate of ATM distraction thefts on Saturday across counties Armagh, Down and Tyrone, have been granted bail.

A court heard that the individuals were arrested on Sunday morning after they missed a ferry back the previous night.

Ricardo Barbu, 18, of Chealvy Road in Slough, appeared charged with three counts of theft and three counts of attempted theft at Newry Magistrates’, sitting at Lisburn, on Monday, via videolink from police custody.

His two co-accused, who are 16 and 17, face the same charges but cannot be named due to their age.

Defence solicitor John McCaffrey informed the court that a bail application, which was opposed by police, was being made for all three defendants.

A constable said that the charges related to “series of ATM distraction thefts”.

Outlining the details, she stated that shortly after 1pm in June 20, police received a report that an elderly man had been entering his pin at an ATM on Hill Street in Newry, when he was approached by two men.

He reported that they had pushed him aside before making off with £100.

Just one hour later there was a report of an attempted theft at an ATM in Warrenpoint.

Ten minutes after this there was a successful theft from a lady at this same ATM, in similar fashion to that in Newry, and this time the culprits made off with £200.

There were further attempted thefts made in Armagh and then Cookstown later that evening.

Finally, there was another theft from a male at an ATM in Cookstown in which the culprits made off with £300.

The constable said that the males were connected to a vehicle believed to have been connected to the offences.

When the males were interviewed, all three made no comment.

The constable stated: “Given the amount of money, there is a fear they will attempt to flee. They were at the port that evening but missed the ferry.

“Some have previous thefts on their records in England. It is also believed that they have no family connections to this jurisdiction and have no address to put forward here.”

Mr McCaffrey confirmed that the addresses which had been put forward for all three defendants were in Slough, England.

District Judge Amanda Brady stated: “I understand police concerns, but to refuse bail to a youth there has to be certain circumstances.

“One is that it is an indictable offence for which the maximum sentence is 14 years. I do not believe a theft would warrant that and they were also not on bail at the time.”

All three defendants were freed on their own bail of £100 to reside at the addresses in England and to report to police once a week.

Their cases were adjourned until July 15.