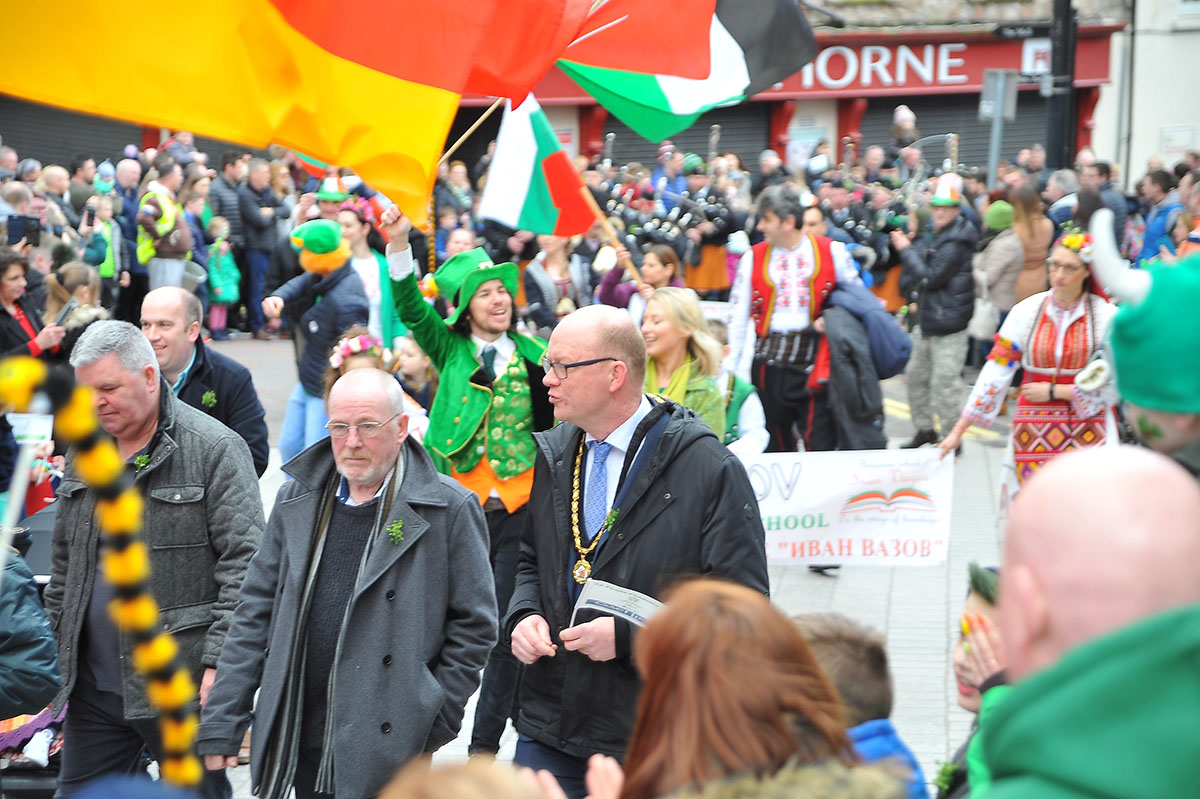 Community organisers behind this year’s St Patrick’s Day parade in Armagh say it will go ahead next week – as things stand – despite several similar events being cancelled or postponed.

Parades in Cork have been put off or scrapped altogether amid coronavirus concerns.  Others in Dungarvan, Co. Waterford and Dublin’s Stepaside, confirming their celebrations would not go ahead.

This afternoon, Dublin City Council announced it was cancelling their parade.

And earlier this morning the Cormeen Rising Sons of William Flute Band cancelled their St Patrick’s Day procession through “in light of the ongoing coronavirus epidemic”.

Stephen Fields of the West Armagh Consortium, the organisers of the the city’s parade on March 17, has assuaged any fears saying that “as it stands” next Tuesday’s events will not be affected.

Speaking to Armagh I, he said: “I’ve spoken to a number of people and we have been keeping our eyes on the news as regards to coronavirus, but there has been no advice saying you should not be having the likes of a parade.

“We are dealing with, hopefully, in and around 10,000 people but they will be all over the place, so there is a difference between that and the likes of a football match, where they are all gathered in the one stadium.

“As it stands, we have no plans not to go ahead with the parade”.

However, with the possibility of further health developments between now and next Tuesday, Mr Fields had confirmed that the organisers will be keeping an eye on the situation.

He said: “Obviously, if health agencies or health officials come out advising against these sort of parades we would have to take that on board, but they haven’t done that.

“Our position at the minute is that were are keeping an eye on developments, but as it stands to St Patrick’s Day parade in Armagh will be going ahead as planned.

“Obviously we would not be going against publicised medical advice but that has not happened.”

The decision to postpone celebrations, which has been taken by other towns and cities, has been ruled out by organisers of the Armagh parade.

Mr Fields said: “From our point of view, it is not something that you can run on a different day when it suits, we saw that with last year’s event.”