He passed away at Craigavon Area Hospital today (Thursday), with his loving family by his side. 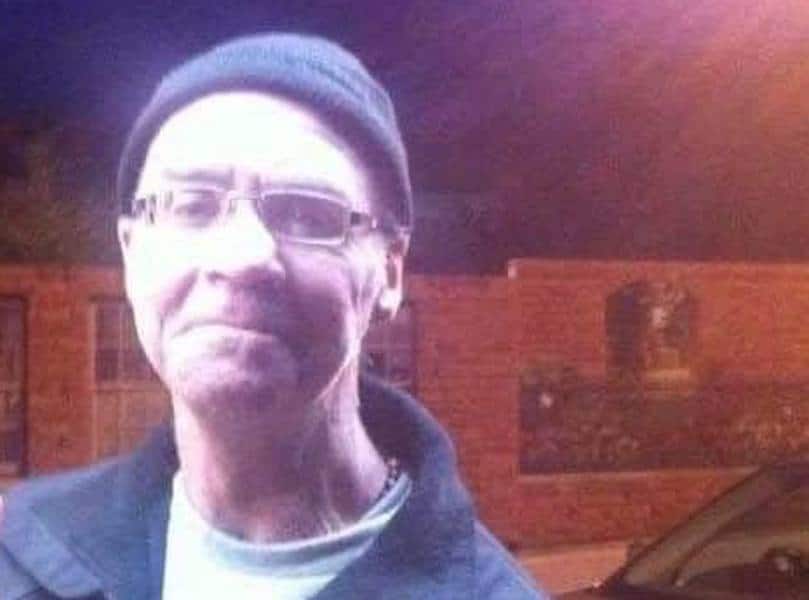 One of Armagh’s most enduring and instantly recognisable characters – Gerard ‘Loco’ Crilly – has died.

He passed away at Craigavon Area Hospital today (Thursday), with his loving family by his side.

A familiar face around the city centre for decades, he always had a friendly word, a wave, for anyone walking by.

Happy equally in his own company as with others, Loco had suffered much over the years.

A resident of Daires Willows; the towering figure of Loco approaching posed no threat. He was a gentle giant who liked nothing better to engage in banter and have a bit of craic with passersby.

During the mid-1990s, he suffered extensive and life-changing injuries after being brutally set upon and was left lying unconscious in the Loughgall Road area of the city.

And in August 2013, he again was hospitalised with serious injuries after once more being attacked in Armagh. Police were unable to issue an appeal until three months later due to a delay in reporting the assault because of the severity of the attack.

But despite many trials and tribulations over the years, he persevered; Loco was simply one-of-a-kind, a harmless crater and a local legend who endeared himself to many.

A son of the late Tony and Jean, he was a loving brother to Esther, Malachy, Stephen, Lucia, Kevin, Tony and the late Jackie and Dominic (RIP).

Loco was often to be seen around the streets of the city centre and many times could be found at the Shambles.

There, Mark McSherry, who owns the Barber SRSB, paid his own tribute on social media.

The award-winning Lower English Street barber – who said he was saddened to learn of his passing – shared a poignant and humorous recollection of the man himself.

He wrote: “I always say never judge anyone as it’s always a fine line with anything in life.

“I was saddened today to hear of the passing of one of Armagh’s most notorious characters, Gerard Crilly RIP, known to us all as ‘Loco’. I’m sure most of us have encountered his presence around the town over the years!

“He frequented the shop on many an occasion, sometimes a bloody torture, even though he was fine, but the times I cut and shaved him whilst not under the influence he was an absolute gentleman and a completely different person who even reminded me if he owed me money from a previous cut.”

Passing on his condolences to Loco’s family, Mark added: “We are all equal as sons and daughters of God, yes, some stronger than others, so never forget that.”

Sinn Fein Councillor and former Lord Mayor, Garath Keating, said he was “a big gentle giant who was an ever present figure on the streets of Armagh, and in particular the Shambles where he became something of an iconic local personality”.

Councillor Keating added: “He was one of the great colourful characters about the town, part of the rich local tapestry that is our community.

“Everyone knew Gerard and despite his enthusiasm for a drink or two there wasn’t many with a bad word to say about him and his larger than life antics.

“His death is the end of an era and there will be many here very sad at his passing and who offer their condolences to the wider Crilly family circle.”

His remains will repose at his sister Lucia Dougan’s home, at 4 Old Nursery Road BT604AR, until removal, on Saturday at 10am for 11.am Requiem Mass in St Patrick’s Cathedral.

The cortege will go by Nursery Road and burial will follow afterwards in St Patrick’s Cemetery.

Due to the current restrictions, the wake, funeral and burial are strictly private.

To the entire family circle, we offer our deepest sympathy at this saddest of times.