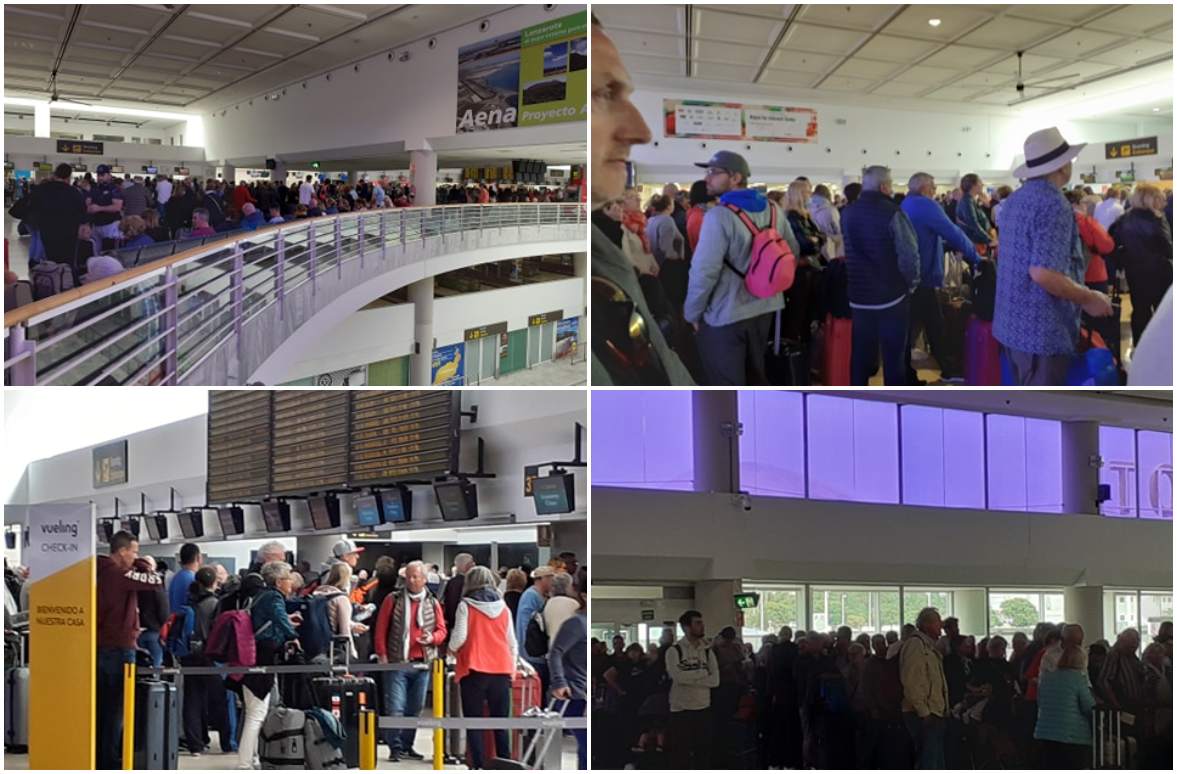 An Armagh woman with an incurable cancer who was left stranded with her husband in Lanzarote has made it back and says she is “happy now at home with my babies”.

Carol McCammon and her husband Stuart were due to travel to the airport on March 14, only to discover their EasyJet flight home had been cancelled because of the coronavirus outbreak sweeping across Europe.

Two days later, the airline announced that it was to ground almost a third of its fleet in response to the growing pandemic.

The couple had been travelling to the Canary Islands without their three children for a week at the start of March for the past five years.

The 48-year-old, who was diagnosed with the incurable cancer just over six years ago, says it’s a break for them each year – in what tends to be one of her ‘good weeks’.

Carol, having settled back in at home, spoke to Armagh I. She said she made it back on St Patrick’s Day on the the last seat of a Jet2 flight to Belfast after being helped by a Good Samaritan from the company.

“I got my tickets at the airport, it was like something from a movie – I was in tears,” she said.

“There was about 10 Jet2 reps at the main entrance; I just went and spoke to one to see if she could help me with the EasyJet app because it wasn’t working for us and it wouldn’t work for her either.

“She couldn’t understand, so I explained my situation and she sent me to the Jet2 box and luckily there was one seat left – it was taking off in 45 minutes and we had to decide there and then.

“The queue for security was unbelievable, Jet2 put me through fast track; they did everything for me which was absolutely brilliant; they stayed with me right up until I got through to security.”

However, there was one catch – Carol had to leave her husband Stuart behind or else the wait to get home would have been extended for another two days.

She said: “It was very emotional for me, to leave him, as he has asthma, but at least he didn’t have to worry about me. We’ve been isolating from then.

“I got my chemo last Wednesday. It has been changed a bit, instead of every three weeks, it’s four weeks, and I’ve got to get an injection 24 hours after, which my son gives to me, in order to bring my immune system back up.”

Carol admitted that even though her Lanzarote experience was scary, what greeted her at home was much worse.

“You know, I was frightened in Lanzarote but when I came home and saw how people were not taking it seriously, it scared me even more.

“The whole house has been isolating, but I’m all happy now at home with my babies. They just wanted to hug me but I had to stop them, shower first, then hugs – I was taking no risks.

“I would have done anything to get home to them. I wasn’t leaving that airport until I got a flight home, but I must say Jet2 were brilliant.”

Carol said that she still has not been able to get in contact with EasyJet.