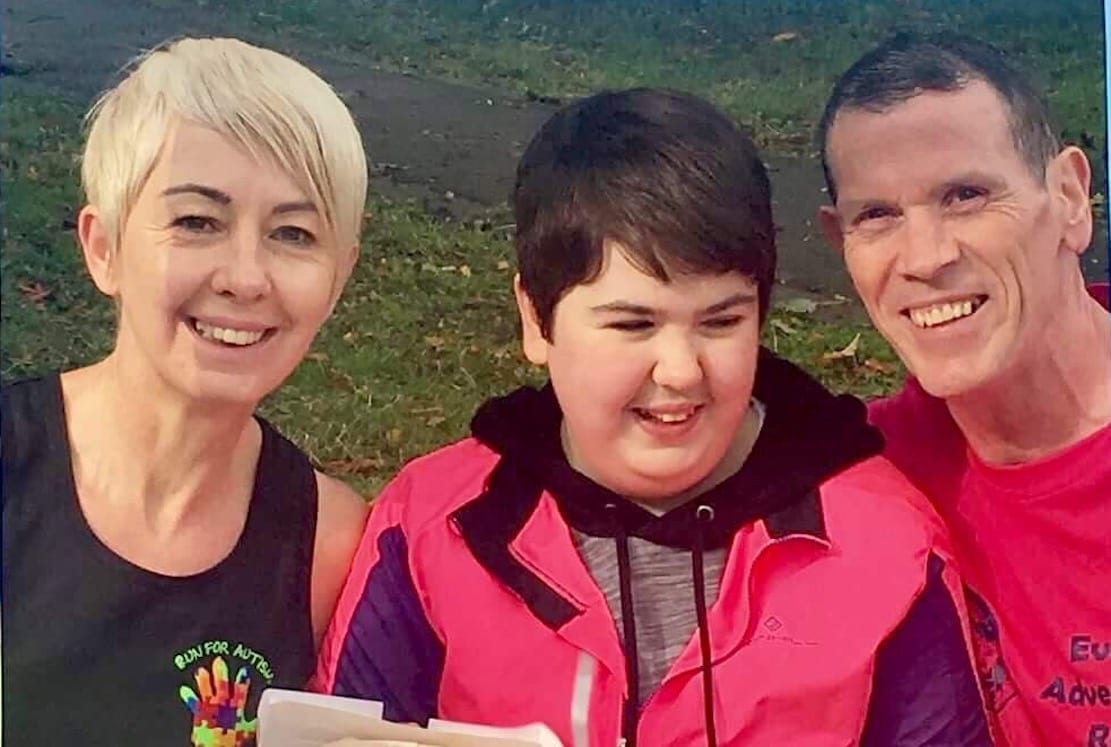 An Armagh mother became the first woman to complete 200 Park Runs in the city this morning (Saturday).

Bernie O’Connor completed the incredible milestone alongside her husband Kieran and daughter Jodie – stalwarts of the weekly run.

The Darkley mum-of-four says she was never much of a runner but four years on, and much has changed, especially given the fact it’s a family activity her, and her daughter Jodie can do together.

Jodie was diagnosed with autism at five-years-of-age.

Speaking to Armagh I, Berne said: “There are no lie-ins on a Saturday morning in our house”.

She began taking part in the weekly Park Run at the Palace Demesne in Armagh over four years ago and today marked her 200th success.

“When I think of it, for me it actually is some going,” Bernie admitted.

It has also become a tradition with Jodie and the rest of the family joining Bernie on the run.

She said: “There are no lie-ins on a Saturday morning in our house, I’m telling you, it really is a big part of our life now.

“Its something that suits us, it’s all about sticking at it really, hail, rain or sun it goes ahead”.

Speaking about why she started participating in the Park Run Bernie explained: “My daughter has autism and I began running to raise awareness really.

“She comes on the runs too and people have really got to know her well.”

Bernie says she feels the Park Run does not get the recognition it deserves.

“Park Run is for all abilities, you don’t have to run, you can walk or go at your own pace.

“For those with Autism one of the main barriers is communication; I mean Jodie would not be very sociable.”

The run has allowed Jodie to be apart of the community, an opportunity which is not present in many places elsewhere.

She continued: “Trying to find things for her in the community is tough going, this worked for her and at the same time kept our family fit and healthy.

“Jodie needs one and one, so we intend on being around for as long as possible and that means keeping active and healthy”.

According to Bernie, there are little services provided for those with Autism or learning difficulties once they have left school.

This, she says, leaves the onus on parents to be the sole carers of their children.

Bernie set up Triple A, a group for adults with Autism and various learning difficulties almost two years ago to fill this void.

She said: “We do various activities which include life skills, keep fit, baking, socialising and getting out and about in the community.”

This allowed Jodie to “get a life of her own” in her mother’s words.

Bernie says that the group has ten members and is still growing.

“There is definitely a need for it, we have had one member recently sign up from Lurgan because there weren’t enough services for him there.

And the reason Bernie is so dedicated to the cause of the group is simple: “No one else was going to do it for us.”

To get involved in your local Park Run visit their website at www.parkrun.org.uk

Or to read more about the Triple-A group visit their Facebook page.

And congratulations Bernie on a fantastic achievement.