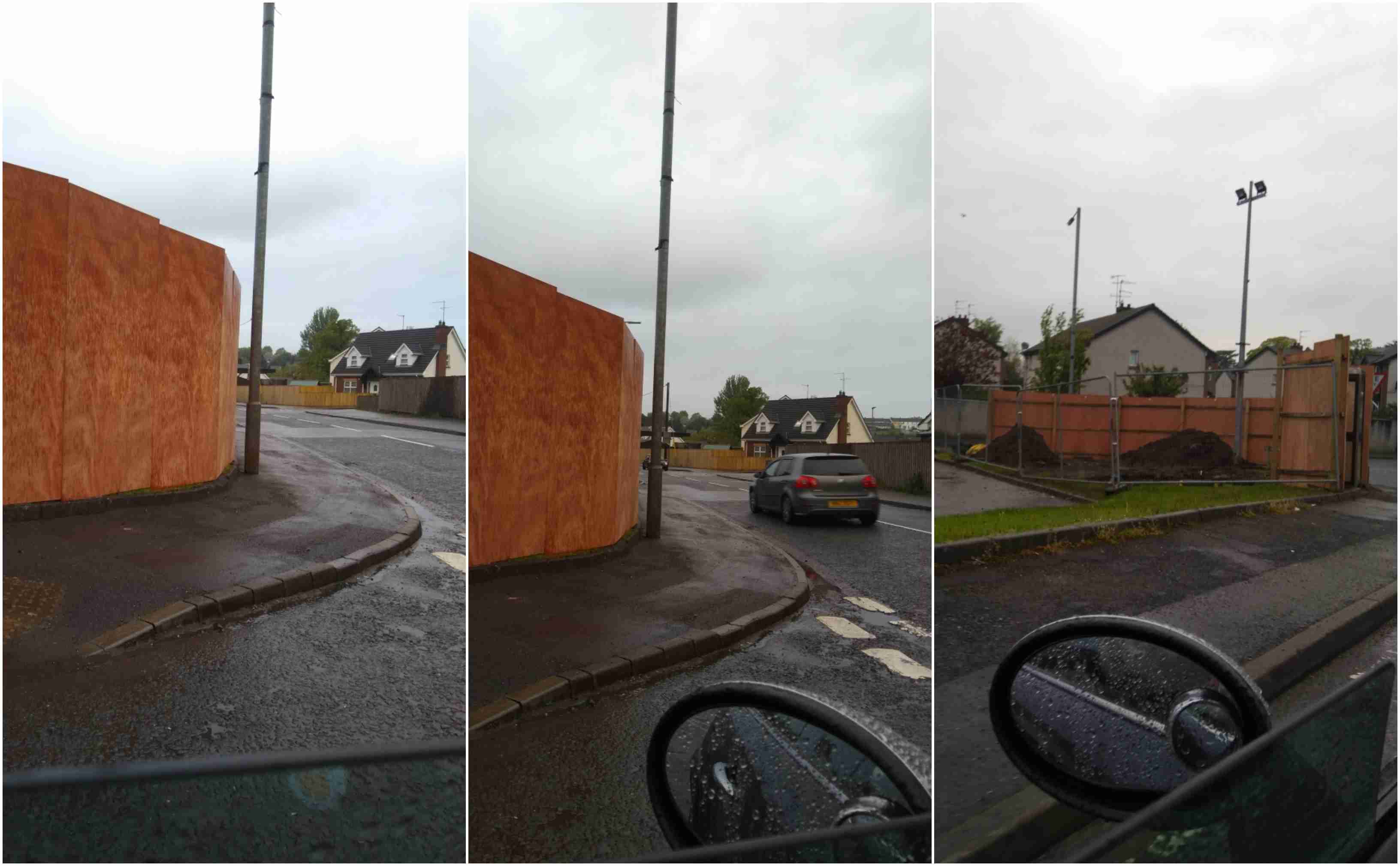 Motorists in Armagh are being forced to dice with danger after the erection of MDF panels at a busy intersection.

A number of readers have contacted Armagh I to complain about their new line of vision at the junction of Umgola Road and Killylea Road.

One local resident said the panels, which are at least 10-foot in height, completely blocks the driver’s vision from the left side to turn right, which she says is “putting our lives in danger”.

The woman, who did not want to be named says she knows very little about the construction, or what the plans are as there are no signs about detailing what work is being carried out.

She said: “The construction isn’t an issue, but rather the fact those carrying out the work didn’t take any precautions for the drivers.

“What’s more,” she added. “There are two schools nearby, so when it’s the busy time of the day, it’s next to impossible to cross given the limited vision you have. I mean, if you’re turning right towards the city centre, you’re effectively taking a chance every time and hoping those coming the other way are keeping to the 30mph speed limit.”

Another woman, who contacted Armagh I also complained about the issue, and said it’s also a danger for those travelling in from the Killylea direction stating “drivers are forced to take a chance”.

“It’s an accident waiting to happen,” she added.