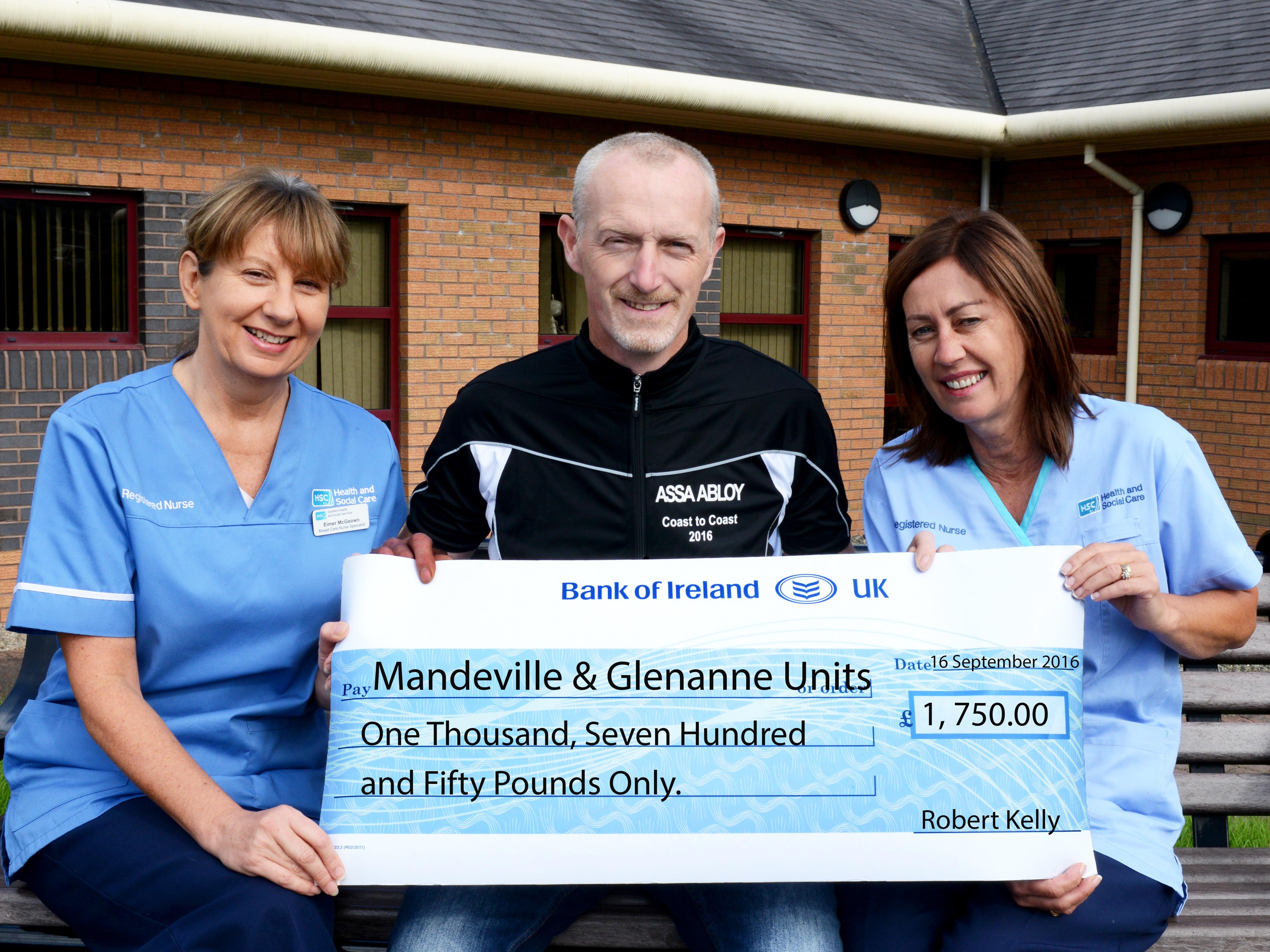 Robert Kelly managed to amass a whopping £1,750 as a result of his endeavours.

The proceeds have now been handed over to the Mandeville and Glenanne Unit at Craigavon Area Hospital.

He would like to say a huge ‘thank-you’ to Assa Abloy and everyone who has helped, donated and supported him to make this donation to the units possible.