Newry man lucky to be alive after contact with killer octopus 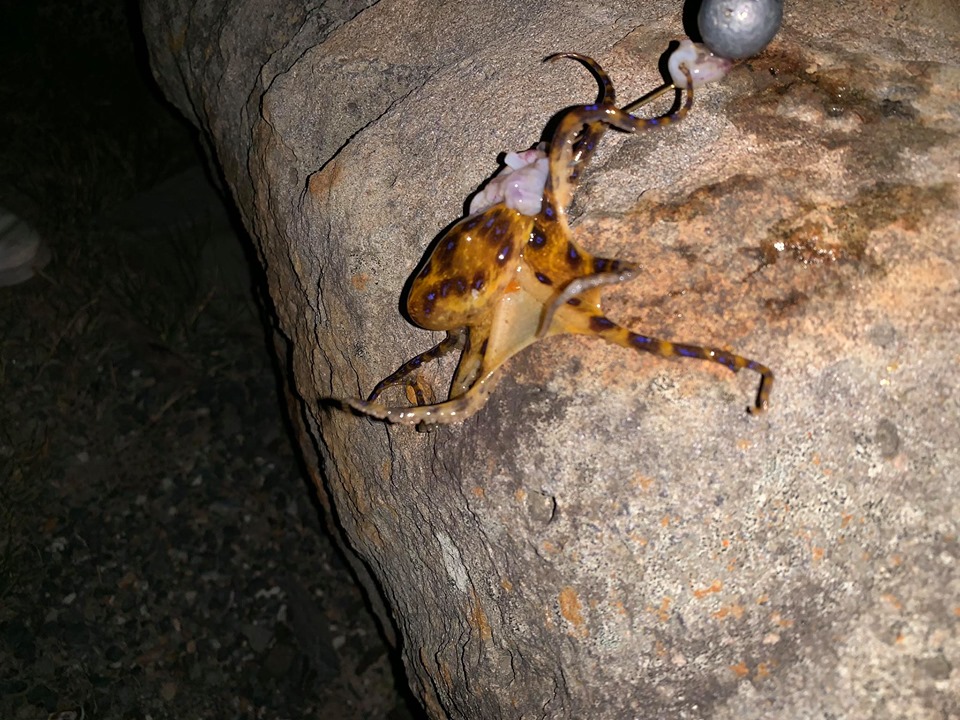 A Newry man is lucky to be alive after dicing with death Down Under.

John-Paul Lennon, and his friend Ross Saunders, from Devon in England, were fishing in Australia when they came in to contact with one of the most deadly creatures in the world – unbeknownst to the oblivious pair.

A video captured on social media shows the Newry man with a Blue-ringed venomous octopus, which is attributed to at least three deaths in Australia every year.

The poison is administered through tiny and often painless bites.

Most victims do not realise they’ve been injected with the venom until it is too late and they find themselves struggling to breathe and unable to move.

Mr Saunders ,who shared the video says he was unaware at the time of how deadly the creature was.

One eagle-eyed viewer warned the pair of how dangerous the octopus is while others called the men ‘morons’.

A friend told Mr Lennon: “JP you lucky to still be alive!”

The blue-ringed octopus only attacks when they feel that their life is under threat, according to National Geographic.

Their bright blue spots only come out across their body when the animal feels agitated, which suggests the men may have more to worry about.

The duo have since spoken to 7News about the stunt which took place in Burnett Heads in Bundaberg as the pair travel around the country.

John Paul Lennon, who filmed the stunt, said they had no idea how dangerous it was.

“He’s been trying to get pictures of all animals.. koalas.. all that kind of stuff and he wanted a picture with the octopus on his arm,” he said

“I didn’t know at the time was it dangerous and everybody told me no so I thought it would’ve been all right to get a photo.”

At least three deaths in Australia have been attributed to the animal.