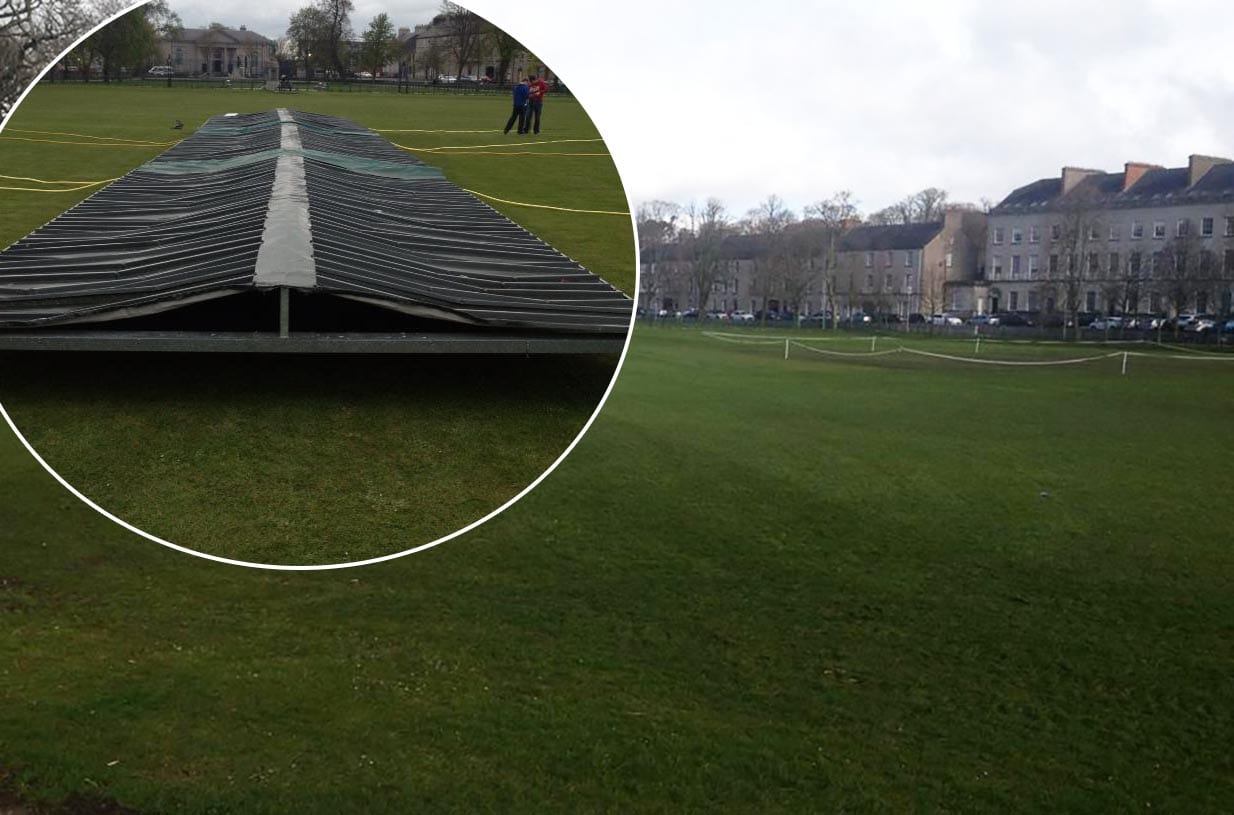 Armagh Cricket Club is counting the cost after mindless vandals damage equipment on the Mall.

And the city club is calling on people to “show a bit of respect” and desist from such behaviour.

As the sun has brought crowds out to enjoy the record-breaking temperatures, the Cricket Club has once again been left to clean up.

Usually it is litter which has blighted the playing surface, but now machinery – as well as wicket covers – have been damaged.

The damage occurred during the week and all at the club are keen that there is no repetition.

A spokesperson for the Cricket Club told Armagh I : “The wicket covers have been jumped on to the extent that an axle with the wheels on it has been broken.

“It would have taken quite a bit of force for it, so we are not talking about wee kids here.”

The cost to repair the damage is not yet known.

But the money which it will take to put right the damage is money which Armagh Cricket Club could be putting to better use.

“It’s frustrating as much as anything,” added the spokesperson.

“This year is tough enough without our own local community making things tougher.

“We all love the glorious weather on the Mall and we want everyone to enjoy it but not to the detriment of our club and equipment.”

If anyone has any information on those responsible – or anyone who witnesses such criminal damage being carried out – they can contact the PSNI in Armagh on the non-emergency number 101.