Paths and street furniture in "unhygienic and disgusting state" 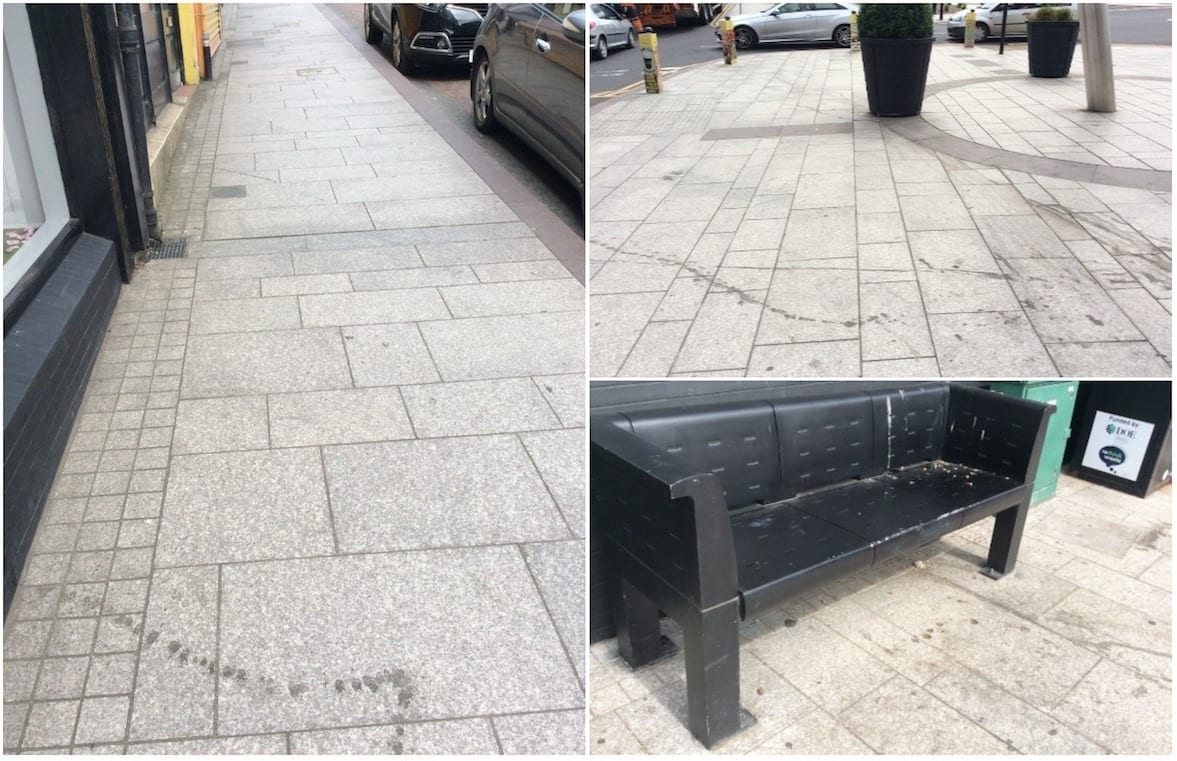 Filthy and stained pavements and street furniture across Armagh are in danger of putting shoppers and visitors off coming to the city.

And one local businesswoman has called on Armagh City, Banbridge and Craigavon Borough Council to get their act together and do something to take away the bad look.

Like many business owners, she says she is fed up with the general untidyness and messy appearance outside her premises, branding it a “disgraceful eyesore”.

To the side of the shop is a seat and a bin, both of which are heavily marked. Liquid running from the bin has also left large stains across the pavements. The same can be seen outside her shop.

But it is not just at Scotch Street.

Indeed, Armagh I has received numerous complaints – from shops and public alike – about the state of the pavements, which were laid as part of a multi-million pound public realm scheme across the city.

Carmel runs a very successful business but she feels the lack of upkeep outside her premises and others casts them in a bad light.

She says enough is enough and wants those with responsibility to ensure the are kept clean and acceptable.

She told Armagh I : “This is what customers and visitors to Armagh are greeted with – an unhygienic and disgusting state.

“This is not just a once-off as this is an ongoing occurrence.

“This is appalling and embarrassing for me as I am the owner of a successful business, paying the expensive rates, yet nobody is interested in the maintenance and cleanliness of the outside of the building – the streets, bins and seats on our doorstep.

“To my dismay my customers are faced with the disgraceful and disgusting state of our pavements.”

Earlier this year, Council secured a £70,000 grant for specialised equipment to deep clean pavements which they say will save them hundreds of thousands of pounds in outsourcing services.

The ‘Gladiator Gum Removal Street Cleansing Machine’ machine was operational on Monday, May 14, when it was put through its paces on the Plaza in Lurgan.

Next stop surely has to be Armagh…