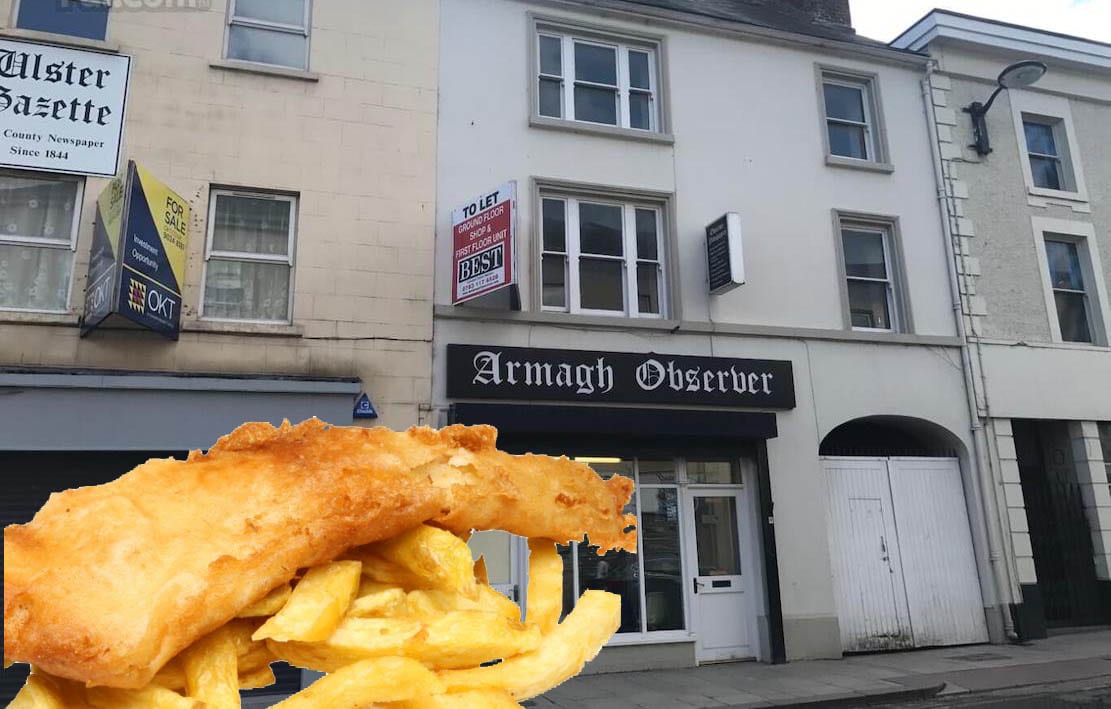 A pre-lockdown planning application to transform the old Armagh Observer newspaper offices into a fast food outlet has now been approved.

Armagh City, Banbridge and Craigavon Borough Council has given the go-ahead for a change of use of the premises.

The property, at Upper English Street, had been the home of the now defunct newspaper for many years.

But March brought an application in the name of Observer Newspapers (NI) Ltd which would have seen the future tenants dealing with an entirely different type of scoop altogether!

The paper had been published for close to nine decades but the Mallon family-owned enterprise closed 11 titles in the same week almost four years ago.

Three years later and the plans for the vacant premises emerged, the ambition to open a fast food outlet at ground floor level.

It will have a service area and counter walking in off the street with kitchen area to the rear and storage.

An extractor fan system will be in place to carry odours out the rear of the premises.

As part of the determining process, both noise and odour impact studies were conducted.

The application had anticipated daily trading between 4pm and midnight, but officials have recommended closure an hour earlier – at 11pm – “due to the residential accommodation in close proximity”.

The go-ahead for the hot food premises – next door to the adult gaming centre – was given the thumbs-up by councillors at the January sitting of the planning committee.