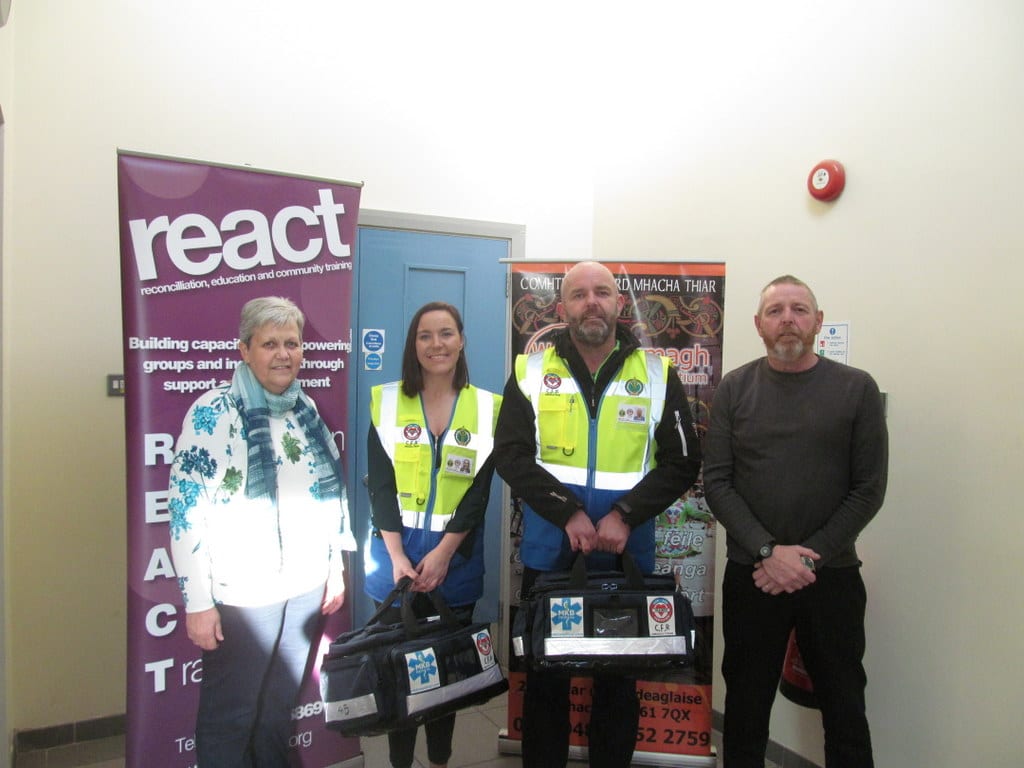 Two Community First Responders are going active in Armagh after the benefits of such a scheme were proven recently with the lives of two local men being saved.

The men were resuscitated and maintained by CFR volunteers.

And now two Armagh residents – John Fields and Patricia Creighton – have completed their First Responders Training and will be responding to Northern Ireland Ambulance Service calls in the coming weeks.

They received their training though a four-week course and confidently passed.

Their ‘going active’ with the CFR programme comes shortly after the actions of Community First Responders were credited with assisting in the saving of the lives of the city men – not local volunteers but others who responded to the emergencies.

In one case the volunteer accompanied the patient in the ambulance, assisting in the speedy delivery of the patient to Craigavon Area Hospital.

The incidents happened at Callanbridge and on the Moy Road.

West Armagh Consortium and REACT have been working together in the promotion of this life-saving project.

A spokesperson for both said: “We would like to take this opportunity to extend our congratulations to John Fields and Patricia Creighton. We hope that they will be the first of many community volunteers to take up the challenge of the first responding.

“The four-week training course has been described by the two CRF volunteers as very comprehensive and rewarding. The training programme will also afford them further opportunities to advance their emergency medical responding skills.

“We would like to take this opportunity to once again promote this fantastic project and encourage more people to take up and avail of the training.

“Such a programme can sometimes be under appreciated insofar that not all emergencies become newsworthy for the very fact that assistance had been readily available and had averted what could perhaps have been a more serious incident.

“As a result of our initial promotion we identified several people willing to put their names forward. We hope that these volunteers will be able to follow through and in turn encourage even more like-minded people.

“There are a number of avenues that potential volunteers can  go down to register with the Community First Responders.

“They can contact either WAC or REACT and we will forward their details on or go directly  to the CFR website https://www.cfrat.org.uk/volunteer  and link into the ‘Volunteer Registration Form’.”