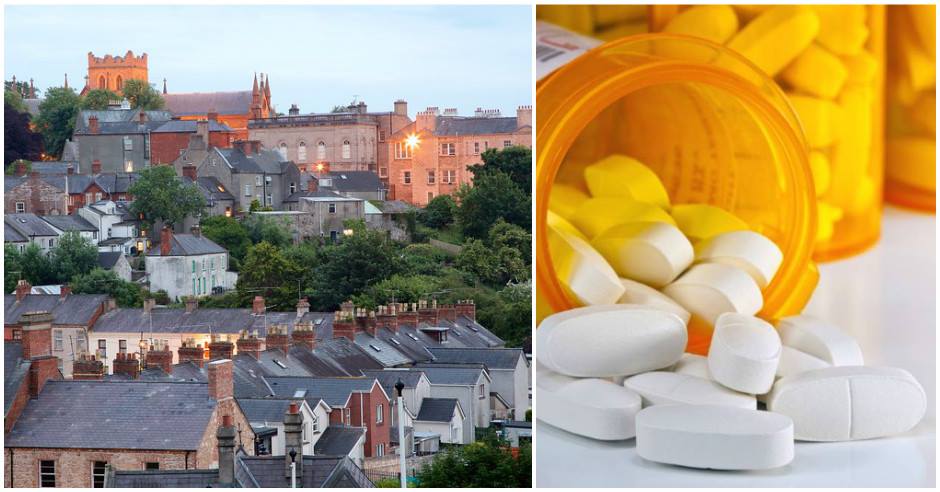 Urgent action to combat the misuse of prescription drugs has been called for in the wake of comments from Coroner Joe McCrisken as he told of the “devastating” toll on local communities and families.

The number of deaths from prescription medications is falling in England but is steadily increasing in Northern Ireland.

Tramadol has led to more deaths than heroin, while fentanyl – another prescription drug – killed more here than both Ecstasy and cocaine combined.

“The statistics suggest that the people who are most at risk aren’t teenagers but people aged 20 to 30,” Mr McCrisken told the BBC. “Twice as many people in their twenties die as teenagers from drug misuse.”

“There should be leadership from the top the whole way down, that permeates down the community,” he added. “It’s obviously not there are the moment as we have no Executive. There has been a very good strategy in place previously and we don’t have that at present.”

“The abuse of prescription medication is an epidemic devastating and terrorising families in our community,” he said. “Statutory and voluntary agencies are doing all they can to hold back the tide but without strategic and resourced support from government, they are fighting a losing battle.

“Local services are stretched. People are dying. Families and communities are being plunged into grief. Coroner Joe McCrisken’s comments clearly come from a place of genuine frustration and sincere concern – he should be listened to.

“Families devastated by drugs who have been in touch with my office are asking why parties can’t get in a room to sort out their political differences so we can get a government that prioritises tackling this epidemic and saves lives. They should be listened to.

“This week I have met with a range of statutory agencies across the sector dealing with the drugs epidemic which is crippling our society.  I met with local police chiefs, health officials and representatives of the community and voluntary sector including Davina’s Ark and Addiction NI.

“These agencies are working on the coalface and see at first hand the real cost of drug addition to families and communities locally.”