A year in review: The most talked about Armagh I stories of 2017

A year of ups and down across the region... 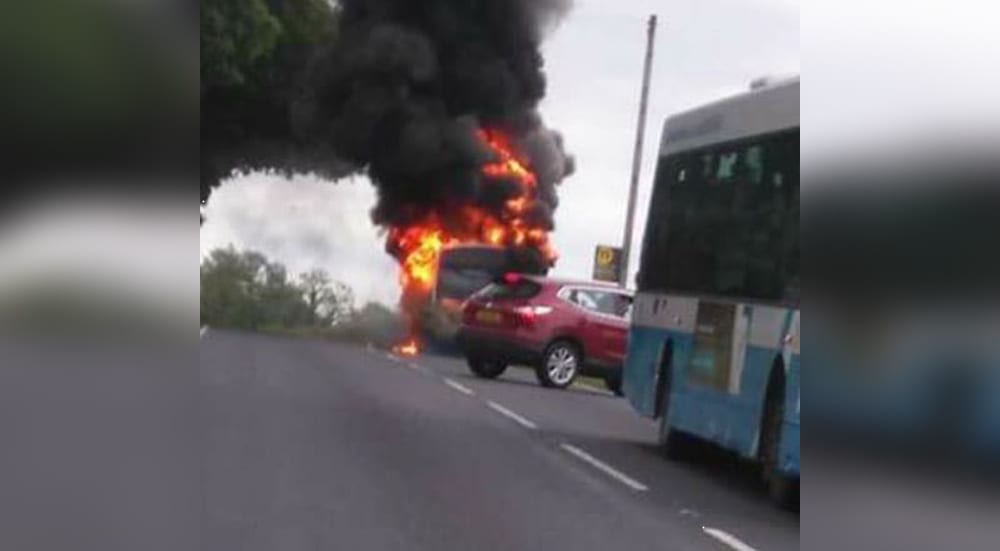 At Armagh I, we’ve tried to capture it all for you, the reader, as and when it happens.

From the hilarious, the outrageous, to the tragic, it has been a rollercoaster year across the boroughs we cover. And let’s not forget the much-loved pet dogs that have gone missing and been found again!

So, with it being New Year’s Eve, we thought we’d give you a snapshot of 10 of the most talked about stories of 2017.

We’ll start on a happy note.

Towards the end of summer, in August, we brought to you the hilarious cafe owner’s response to a bad TripAdvisor review.

McCooey’s at Monaghan Street in Newry was slated for closing at 4pm.

And it was this complaint which led to a one-star review and the profilic reviewer posting: “Was hungry and called in just after 4pm. Was told in no uncertain terms we are closed. So I went across to Shelbourne and though they were on the run down I was welcomed with open arms and fed and coffeed.”

The owner – McCooeyHerself – responded to the claims and refused to say sorry for the hours – insisting this was always the hours of business. Read the full story here.

Who remembers the ghost caught on camera back in July?

The ‘chilling’ footage was captured on Vicars Hill in Armagh around lunchtime on a Monday, in the shadow of the towering St Patrick’s Church of Ireland Cathedral.

The distinctive figure can be seen walking from one side of the road to the other before disappearing into the wall and grounds of the Cathedral opposite.

The 20-year-old had taken ill while training in the swimming pool at the Orchard Leisure Centre in Armagh. He later died in hospital.

His family paid tribute to a “selfless” and “brave” son and brother.

His brother Oisin, speaking to Armagh I, said: “For two-and-a-half hours he fought bravely to allow us enough time to say goodbye to him.

“Even when he was about to die he was selfless and brave, just as he was in life.”
Read the full story here.

April also saw the closure of an Armagh institution. The Observer Newspaper Group announced that they were to cease trading – including the Armagh Observer.

It was an end of an era for the city publication which closed after nine decades in operation.

And at its helm was another Armagh institution, Joe McManus, from Milford.

Joe had been the editorial driving force at the Observer and was to many, ‘Mr Armagh’.

The company in a statement said: “The newspaper industry has been subject to a steady decline in advertising and readership over recent years. In these challenging circumstances Observer Newspapers has struggled to sustain long-term sustainability.

“We regret that this has led to a decision to cease publication.

“We wish to sincerely thank our readers and advertisers for their support down through the years.” Read the full story here.

In July, Newry mum Bernadette Curran shared this photo of her son on Facebook.

“Mummy, I haven’t taken anything, I need help, my head’s gone, it’s gone!”

This was the plea of a 23-year-old man to his mother as he began to suffer the effects of withdrawal from an eight-year drug addiction.

Bernadette spoke candidly to Armagh I about the story behind that image. Read the full story here.

This dramatic image shows a bus on fire on the Killylea Road, just outside Armagh City.

Luckily nobody was injured but the photo shows just how fortunate that that actually was the case.

May saw beautiful Co Armagh bride Edele Moley serenade her husband-to-be all the way down the aisle.

Edele, from Culloville, linked arm-in-arm with her dad Thomas, walked down the aisle at The Knightsbrook Hotel in Trim, with Clady man Peter McGeown nervously waiting at the other end.

To the surprise of Peter and the entire congregation, Edele melted the room with her stunning rendition of God’s Plan.

November saw the curious case of the man “amusing” himself in a Co Armagh shopping centre.

“An investigation began, during which time CCTV was seized.

“One of our officers was then able to identity a suspect they knew.

“He was eventually caught up with, interviewed, and has this week been charged to court for the offence of ‘committing an act outraging public decency’.” Read the full story here.

Earlier this month Armagh I revealed that Sports Direct is planning to open a massive store as an anchor tenant for a major new Co Armagh retail park.

The leading retailer has signed up to take one of the four units planned as part of the Marlborough Retail Park development in Craigavon.

And it may just be the start of things to come – with future phases expected to add more big name retailers on site. Read the

In June, we also revealed the news that Home, leisure and garden giant The Range is to open in Co Armagh – with 65 new jobs due to be created. Read the full story here.