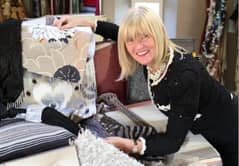 It’s the first time this title has been awarded twice to the same contestant, with Ruth having been crowned the inaugural winner in 2008.

Beaufort Interiors has a team of interior designers based in Moira, where it also makes curtains and other window treatments, cushions, throws and upholstery.