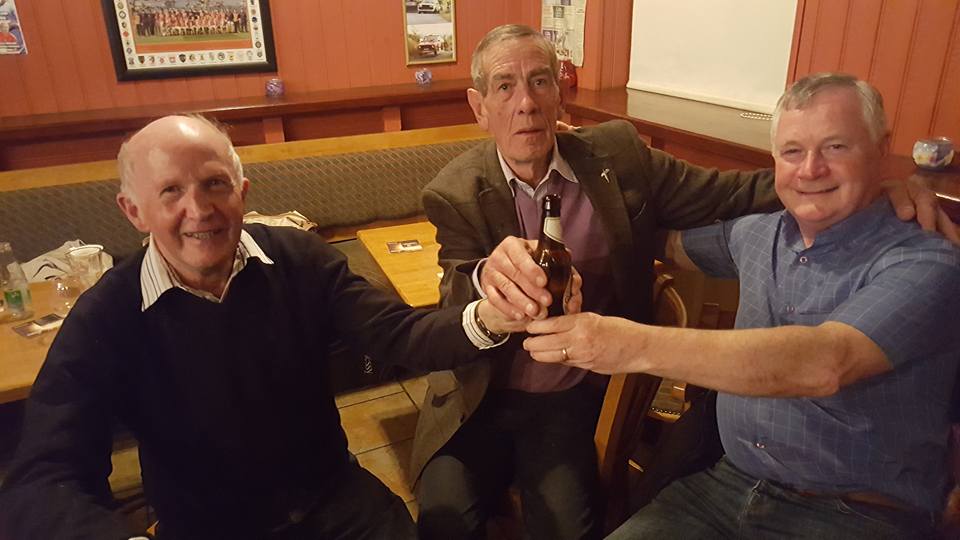 Survivors of a gun and bomb attack on a rural Co Armagh pub 40 years ago have shared a bottle of Guinness which they say saved their lives.

Tom McParland bought the bottle of stout for Michael McGrath on the night of June 5, 1976.

They had been at the Rock Bar at Granemore, near Keady, unaware that an attack – later linked to the notorious Glenanne Gang – was being planned.

After the bottle was bought, Mr McGrath – known as Mick to friends – left it behind as he told his companions he was in a hurry to get home.

The 54-year-old farmer said his goodbyes and got up to leave. But as he went outside, he met the gunmen and bombers.

Mr McGrath was shot in the stomach and hip as the gang arrived to leave a nail bomb at the door of the bar, where 19 customers had been socialising inside.

They proceeded to shoot through the windows of the pub – and the bomb only partially exploded – before making their escape.

Friends are in no doubt that lives would have been lost that evening were if not for Mick McGrath leaving early – and leaving behind his unopened bottle of Guinness.

An investigation later conducted by police was described by the Historical Enquiries Team as “ineffective” and “cursory”, with no interview conducted with the only witness, Michael McGrath.

This week, friends who were in the bar that evening returned to reflect and remember.

Tom McParland – who bought the Guinness – together with Brendan Clarke and Peter McParland, felt it was finally time to open the lid.

Sharing memories and paying tribute to their absent friend, they drank from a bottle which they believe played its part in saving their lives – and so many others – that fateful June night.