Was Ismay responsible? The Man Who Left The Titanic at the Market Place Theatre, Armagh 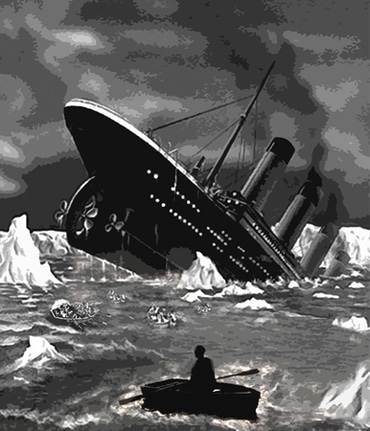 She was beautiful… She was unsinkable… She was doomed…

On April 15, 1912, The Titanic, the greatest ship in the world, slipped below the frigid waters of the Atlantic.

‘The Man Who Left The Titanic’ evokes that terrible voyage and asks whether Bruce Ismay only did what any of us might have done in the same circumstances, or should his actions that night consign his name to infamy? Was he a coward, or merely human?

This play has toured throughout England, Ireland, Scotland and Wales for a number of years to enormous acclaim.

‘It is captivating, moving and totally engrossing.’ Titanic Stories, Belfast.

‘When the play ended the audience leaped to their feet with an unending round of applause. Outstanding, the entire audience was spellbound from beginning to end.’ Titanic International Society.